When you’ve survived Hyperemesis Gravidarum, you hold your baby and thank God that you made it, and that your baby made it, and that you’re both  alive. You survived. Then you kind of forget about it, or try to, at least, while you get on with feeding your baby, changing her and learning to be a mother. You kind of assume that Hyperemesis Gravidarum is gone, and you hope that that’s the end of it.

I did, both times. 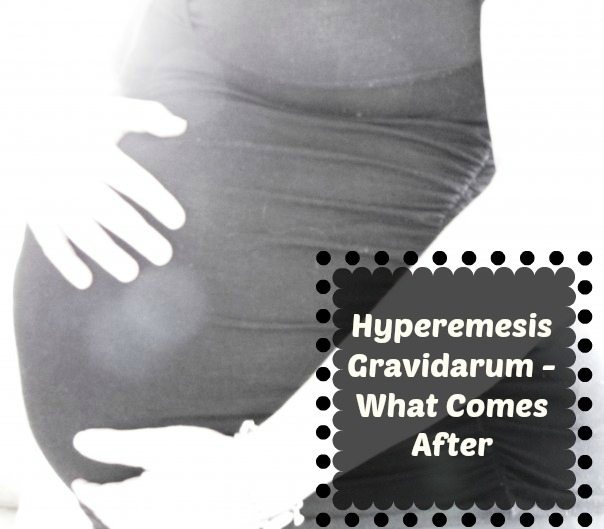 And for Ameli it was. She’s suffered no ill fate from this ghastly condition. I assumed the same would be true for her sister, born two and a half years later. But things were different. During my pregnancy with her I was already running on depleted supplies, and the sickness was worse, and when I started throwing up blood at 10 weeks, I went on medication because by 12 I couldn’t get out of bed without fainting. That’s not an ideal way to look after an almost two year old.

The medication I was on – Ondansetron, also known as Zofran – wasn’t specifically tested in pregnancy and my doctor wasn’t happy about giving it to me, but I showed him information about it being used for Hyperemesis Gravidarum in the US, and he agreed. He prescribed three tablets a day, but I took one in the morning so that I could eat something at least, which would carry me through the day. Anecdotal evidence mentioned incidence of deformities and I didn’t want to take any chances.

Aviya was born at home in water at 42+5, a perfect baby girl.

At 10 months and 8 days she rolled off a bed, but seemed okay. She was a bit cranky for a few days and cried whenever we tried to pick her up, but on investigation she seemed totally fine. (My mother is a remote areas nurse practitioner, and my brother is a medical student, so they should know.)  At 10 months and 10 days she took her first step on Christmas day, but even so… something wan’t right.

I finally took her to Perth’s Children’s Hospital where they said that she had broken something – her clavicle or scapula, I can never remember. We treated it, and went about our business. After all, we were in Perth for my mother, who was dying of cancer.  I never thought much of it again, only fearing for Aviya’s health whenever my mother commented on a blue ring around her mouth, saying that I had to get her heart checked out when I got back to England.

Months passed, we found ourselves back in England, trying to find a normal life again. Ameli started back at  nursery, Aviya was running around, engaging in the world, doing the things that one year’s olds do. Her first tooth appeared, and then her second tooth appeared and as happens with these things, so did her third and fourth. Our girl was doing great.  Until one day I had a piercing pain in my nipple as she tried to nurse!

Her tooth had chipped! No, not chipped broken! It looked like a vampire fang! I felt awful! How could I not have noticed a fall that did that to her tooth! We went to the dentist and had it filed down, a traumatic experience for her, for sure.  Not a week later, guess what? Her second tooth did the same. Broken! I was glad her arm had broken in Australia and not England. At least there’s no medical record of it here. I mean, a broken bone and two broken teeth? I know what I’d be thinking.

Well, we took her to the dentist again, and again with the third tooth and again for the fourth. And again, and again. It was only when we discovered two abscesses in her mouth that the dental staff started to take it very seriously. They were going to put her on a waiting list for our area’s special care unit, but an hour later I got a call to say they were going to  transfer her to a hospital in London to be seen sooner.

Then the guilt sets in. The dentist said I should stop breastfeeding because that’s what’s causing the tooth decay (but not for the other teeth in her mouth?) Clearly, I’ll not be taking the advice to wean.

We brush her teeth, but probably not long enough.

Maybe I feed her the wrong things.

A bit of reading, and it turn out that – anecdotally of course – HG babies often have weaker enamel on their first four teeth due to malnutrition in the mother (or something like that).  She loses these teeth now, but her adult teeth should be fine. With removing them, however, there may be problems with her teeth descending as the ‘tunnel’ for them isn’t there. So she won’t lose her front teeth either. There’ll be nothing for the memory box.

While reading about all this, I found something else, slightly more alarming: again anecdotally, of course, but there are a number of babies who had  Ondansetron/Zofran who also developed heart problems – thinking about my mother’s comments about the blue ring.

So my little girl has her first ever course of antibiotics for the abscesses.

And whatever else Hyperemesis Gravidarum takes.

Did you have Hyperemesis Gravidarum? How has it affected your child or your life since having a child?