This week we’ve been reading Hold That Thought, Milton and it’s a book that makes me think of Donkey from Shrek. It has so many layers, it’s pretty genius. While not the ‘point’ of the book, it was a great story for reinforcing our body safety PlayLearning theme from a few weeks ago, revisiting the need to speak to people when something makes us unhappy, and casually going through a list of people we can speak to when we have a problem (and who to go to if that person isn’t listening.) It’s really a brilliant book for helping young children understand how to get our attention when they need it. (And I don’t mean whining and complaining!)

It also provides a really good visual explanation of the danger of keeping negative emotions or feelings locked inside us. My four year old could really relate to it. 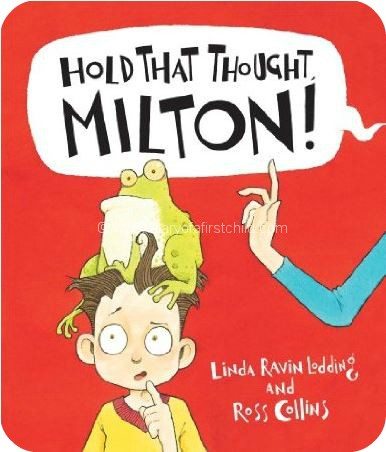 About Hold That Thought, Milton

Hold That Thought, Milton is a simple one, like most children’s books.  Milton’s frog goes missing, but the whole family are so busy running around trying to get things finalised for Aunt Lulu’s wedding, that no one has time to listen to him.  His frustration builds and builds so much that he starts looking like a frog, until on the day of the wedding, he explodes green goo all over everyone. Of course then they listen and there’s a happy ending with the frog returned to Milton.

The way it’s written and illustrated is sweet, and my daughter thought it was hilarious.

We had some fun with this book. After serious discussion in a ‘light and breezy’ way, it was great to just have fun with it. Ameli loved making the frog. After our craft she went to a friend’s house for a couple of hours’ play and when she got home, she went straight to the frog and started ‘ribbit’-ing around the house. You can see instructions for our frog craft over on PlayPennies. 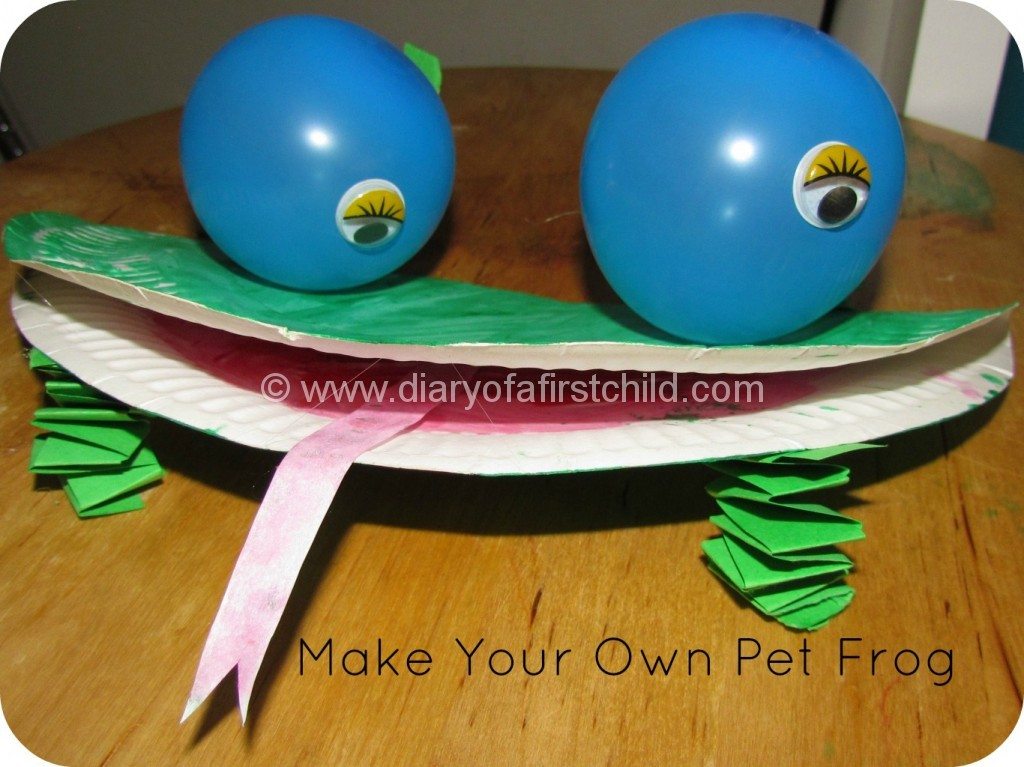 Since the raging success of our Stained Glass Windows Jelly at Aviya’s birthday party a few weeks ago, the girls have been constantly asking me for jelly, so I thought we’d make some green jelly, just like Milton has in the story. I didn’t have a frog mould, but I had a firefly and a bee, so I used red jelly to make bugs, then set them inside green jelly. Unfortunately I poured the green jelly in while it was still too warm, so the the red jelly melted a little, but the idea is there! The girls thought it was Christmas. 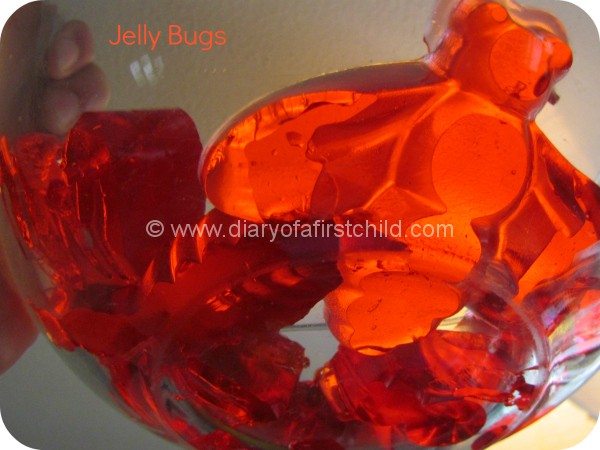 I’m pretty sure we could come up with a bunch more activities for this book. Some stories are quite hard to ‘bring to life’ but Hold That Thought, Milton has loads of interactive ways to make the stories pop right off the pages.

I Can Cook’s Spiced Fun Buns Recipe (Adapted)
How To Make A Fairy Garden (For Busy Mamas!)
50 Things To Do Before You’re 11 And 3/4
Busy Bag: Memory Game