Our ‘Ocean’ Playlearning theme didn’t really go down well this week. The girls just weren’t interested, and I’ve been working long hours on top of it all, so I just let it go (see what I did there?) and decided to follow their lead. That lead took us to Elsa and Anna – the two sisters in the Disney movie “Frozen” that has taken seemingly everyone by storm!

We’ve had some gloriously hot weather, so I decided it was time to turn our new found Frozen frenzy into fun and crafty activities.

3) Make jewellery out of the ‘jewels’ from our digging 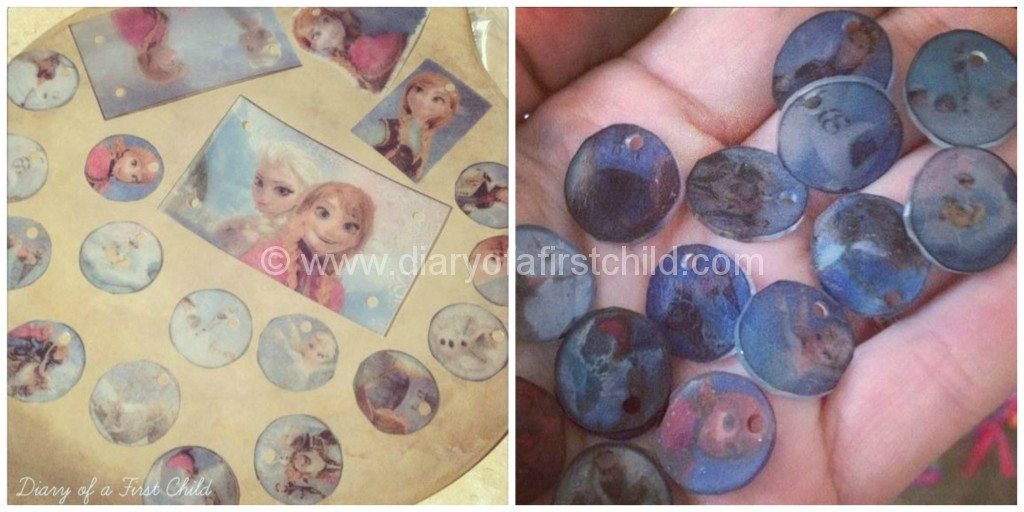 Shrinkles* are a staple craft product in our house. If you use the right kind you can print directly onto it saving yourself loads of time and effort.

I Googled Frozen Edible Toppers and printed off one of the groups of images I found there. The ones with the white background* came out better than those with the blue background.

We cut out the circles and used a hole punch to make a hole in each one.

A couple of minutes in the oven, and our Shrinkles become disks.

The kids had fun playing with them as tiddlywinks/coins/whatever else came to mind for a while, before I took them away for part 2. 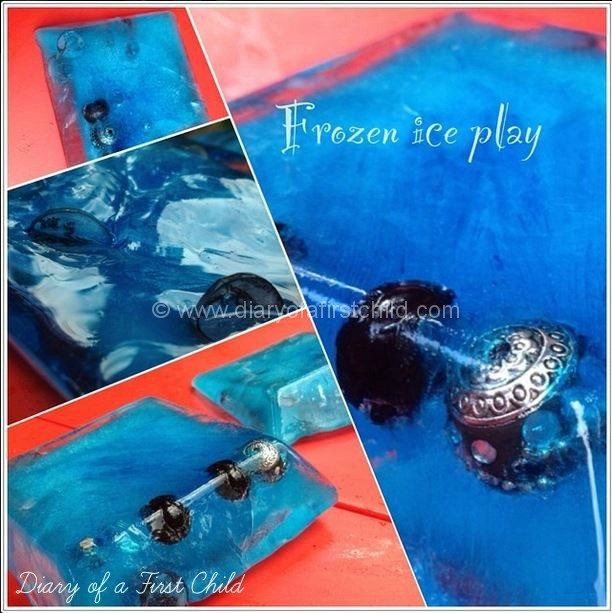 In an ice cube tray, pop tokens and beads, and fill with water and freeze.

Once they’re frozen, fill a container with the ice cubes and top with cold but not frozen water to freeze again – this is so that the beads and tokens will appear throughout your whole ice block, not just all lying in a layer at the bottom. I found that if we used a really big block the girls lost interest before it was all chiseled away. A soup bowl size works well for a four and two year old though. 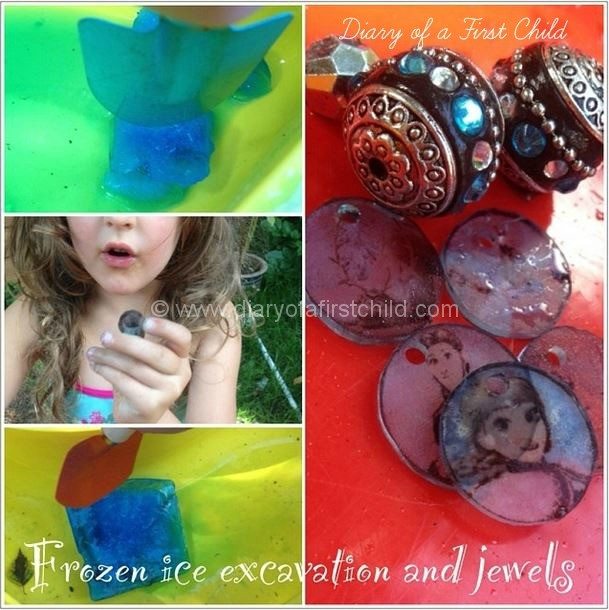 Once solid, removed the ice blocks to the water table outdoors and gave each child a garden shovel to use for ‘excavation’. They had a blast banging and knocking and discovering their treasures. 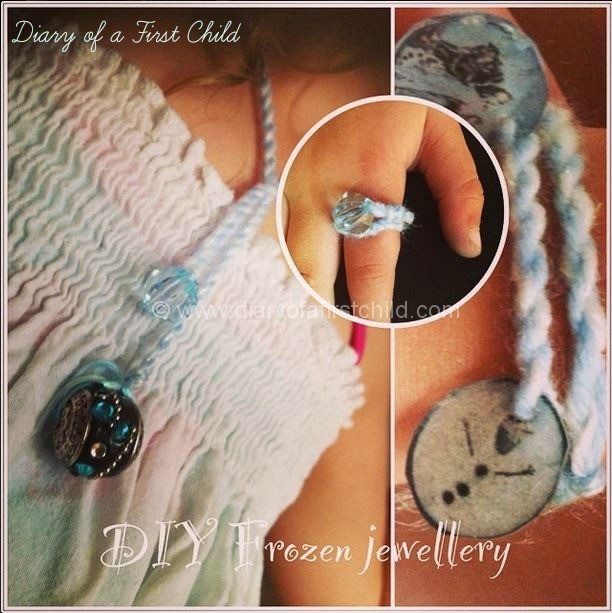 Finally, I took blue and white wool – we were out of string, and the wool was sparkly – and made bracelets, a necklace and a ring.

We took a string of each colour and held a side each. Ameli turned to the right, I turned to the left and we twisted the string together. When you let go, the string snaps together, twisting to make a perfect ‘friendship bracelet’.  For the necklace we did that, and just added two beads on the end threading one through the other to attach it.

For the bracelet we threaded the disks through carefully before letting go of the two ends to snap it all together, then just moved them around so that they were placed properly all the way around.

For the ring we use a much smaller amount of string, and a single bead.

Ameli loved it. I had to get her to take it off for bed time, but with the firm promise that she could ‘be Elsa’ again tomorrow.

Does it tie into any learning goals? Well, no. But the kids had fun. 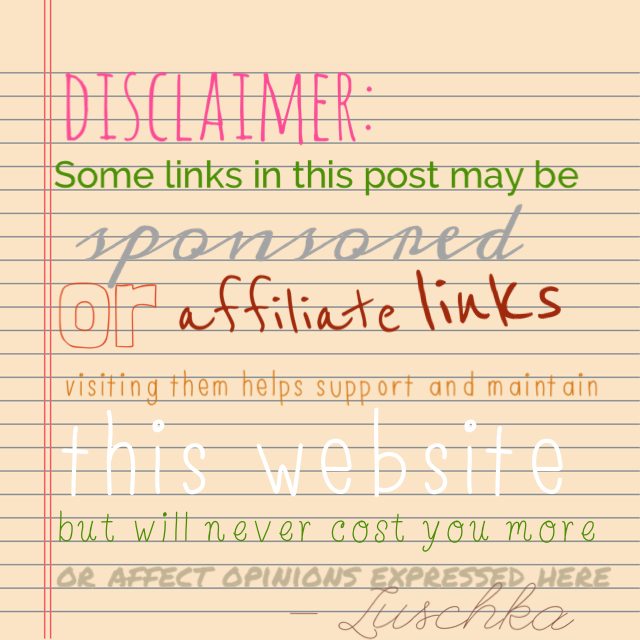 How To: Make Personalised Wrapping Paper
Free And Almost Free Resources For Outdoor Activities In The UK
Whipsnade Zoo, Luton, Bedfordshire
50 Things To Do Before You’re 11 And 3/4