Pooh Sticks is a really special game to me. My mother loved Winnie the Pooh, and after our discovery of the House at Pooh Corner and the original Pooh Sticks bridge in Ashdown Forest last year, I knew we had to take her there when they came to visit us last December. 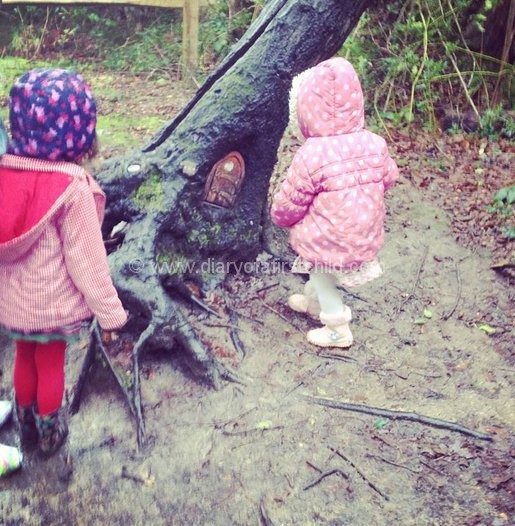 Unfortunately she became aggressively ill and died two weeks after arriving on their holiday and she never made it to Pooh Sticks Bridge. Instead we went as what was left of our family a few days later, we played Pooh Sticks, we sat waiting to see if Pooh and his friends were coming back, but alas, they were off on an adventure, and we lit a Chinese lantern and sent it up into the sky.

So, yes, the game that Pooh invented and played with pine cones has a very special place in my heart.

One day, when Pooh bear was just walking along the bridge with a fir cone in his paw, in his own world, not looking where he was going (probably thinking about honey), he tripped over something. This made the fir-cone jerk out of his paw into the river.

“Bother”, said Pooh, as it floated slowly under the bridge. So Pooh went to get another fir cone, but then thought that he would just look at the river instead, because it was a peaceful sort of day. So, he lay down and looked at it, and it slipped slowly away beneath him, and suddenly, there was his fir-cone slipping away too. ‘That’s funny,’ said Pooh. ‘I dropped it on the other side,’ said Pooh, ‘and it came out on this side! I wonder if it would do it again?’

And he went back for some more fir-cones. It did. It kept on doing it. Then he dropped two in at once, and leant over the bridge to see which of them would come out first; and one of them did; but as they were both the same size, he didn’t know if it was the one which he wanted to win, or the other one. So the next time he dropped one big one and one little one, and the big one came out first, which was what he had said it would do, and the little one came out last, which was what he had said it would do, so he had won twice … and then he went home for tea.

And that was the beginning of the game called Poohsticks, which Pooh invented, and which he and his friends used to play on the edge of the Forest. But they played with sticks instead of fir-cones, because they were easier to mark.’ 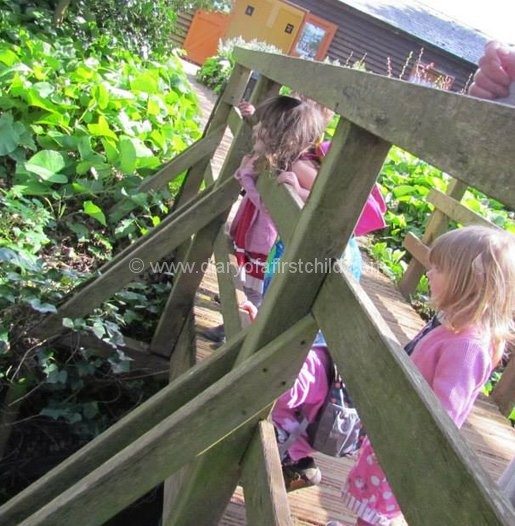 If you were that way inclined, this would make a pretty good physics lesson too – something about speed and weight, trajectory, force and a whole lot of other factors too.  Or you could just have fun. The kids certainly love it. 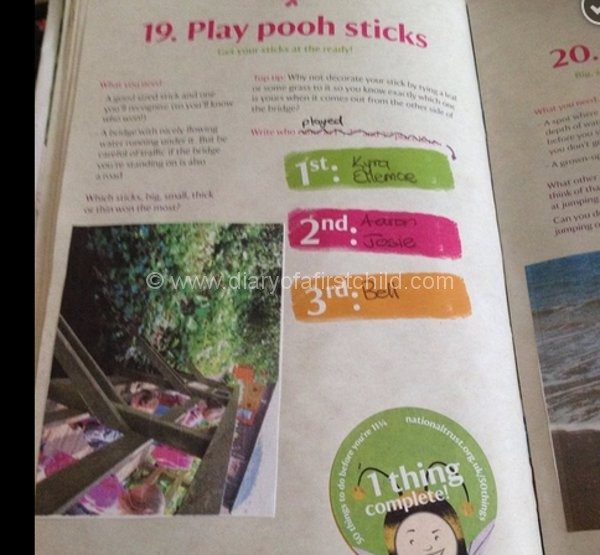 We’re completing  the National Trust’s #50Things campaign because, well, it’s great. This was number 19: Play Pooh Sticks on their list. You can see the full list here.

Harvesting Oats – Learning About Farming
Check Out The Creatures In A Rock Pool
How To: Make A Photo Garden
How To Catch A Star {Book Review} {Free Printables}