A friend asked me a few days ago for recommendations on books for children about being an older brother or sister. It made me realise that while I’d shared books for dealing with a new baby, I hadn’t ever shared a list of books for helping an older child deal with a younger sibling – both in terms of suddenly having to share the love and space, but also in helping them realise that feelings of jealousy and anger are normal, and to equip them in how to deal with those feelings. I hope these books on siblings help your little ones accept their little brothers and sisters.

Some of these we own, some I’m going by the reviews of other readers, but here’s a list of books that can help you.

(*These are affiliate links. If you choose to buy through these links it won’t cost you anything extra, but you’ll be helping to support my work and my family, so thank you for that.)

Books that reinforce love for the older sibling: 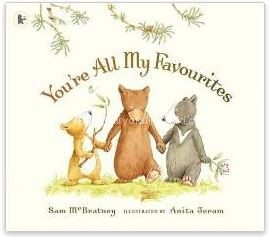 “Three sibling bears start to worry that they can’t ALL be “the most wonderful baby bears in the whole wide world” as they are regularly told by Mummy and Daddy Bear. As each singles out a personal feature that might mean they are less loved than their siblings, Mummy and Daddy are able to reassure them all, jointly and individually, with “a good answer”. The watercolour illustrations depict gentle, loving bear-family scenes alongside the story.”

The reviews on this story are enough to make me want to buy it. Everyone says that it’s beautiful, that it teaches a valuable lesson and that it’s a favourite. 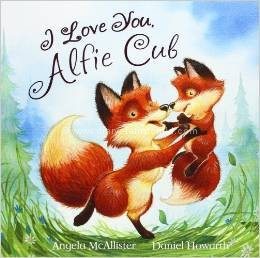 I Love You, Alfie Cub is a stunningly illustrated book about a little fox cub, Alfie, whose mama has a new litter of pups – twin girls. Mama Fox explains that the twins will take up a lot of her time and need a lot of love and care. Alfie is kind of excited about having new play mates, but by the end of the first day, they haven’t even grown yet! (I so relate to this. Ameli’s first question about her sister was ‘Can it walk? – at about 2 minutes old!)

Alfie’s Mama is tired, and falls asleep without reading him stories. She doesn’t play with him as much, and she is always busy with the twins. He fears that she has run out of love for him, so he spends the day looking high and low for love. A friendly frog reminds him that he still has love, so he can share his love with his  mother. Alfie has an idea and sets about making a play space for his sisters.

The last few pages of this book make my eyes well up with tears. Seriously, I get so emotional. Alfie realises that his mother loves him, and she reminds him that she will never run out of love for him.

I Love You, Alfie Cub is so incredibly beautiful, it’s one of my favourites, it’s sweet, and it lays the foundation for older siblings to say that just because Mama is a bit busy right now does not mean that she doesn’t love or has replaced them. 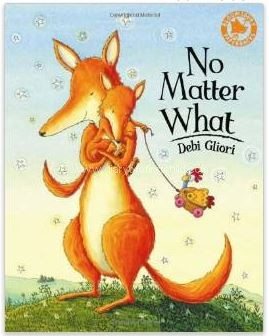 “A little fox is in a big bad mood, and is worried that its mother won’t love it forever. In this beautiful and lyrical picture book, we see a clever and resourceful mother prove to her child that a parents love is limitless – no matter what! In this reassuring and warm picture book, the hugely talented Debi Gliori manages to treat the familiar subject of childhood worries in a very fresh, original and inventive way.”

The story gets rave reviews from everyone who needs reassurance that their parents still love them. This is one of those rhyming stories, gentle and soothing. It reinforces that nothing can take our love away. 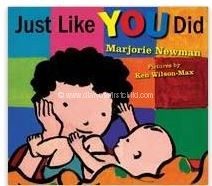 Just Like You Did starts as Tom is just about to have a new baby brother or sister arrive.  Although the new arrival turns out to be a baby boy, Tom isn’t happy, because all the family and friend spend a lot of time looking at the new baby and Tom feels left out.

Tom eventually snaps angrily, but when his parents sit him down and show him pictures of what he was like when he was a baby, and explain that the baby will soon start to grow up and things won’t be difficult for ever, Tom’s happiness is restored.

Books that address the sibling relationship 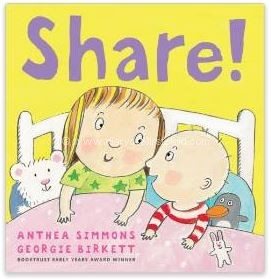 “This book may help to explore disgruntled feelings between an older and a younger baby sibling who at about 6 months is starting to want to play with their toys and things. It is hard to share everything and resentment can build up inside.”

In this story the older sister gets upset with her little brother getting everything sticky and soggy. She starts doing things to get him messy and in trouble, but there’s a happy ending, with them all cuddled up and cozy together. One of the criticisms of the book, however, is that there isn’t much about sharing, so much as accepting a baby brother – not a bad result really. 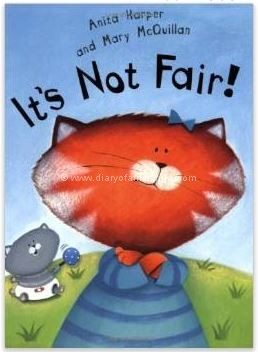 The ‘big sister’ in this story thinks everything about being a big sister is unfair. As the ‘big girl’, she is expected to play independently, tidily and quietly, to which her response is, “it’s not fair!”. Over the course of the story she begins to realise the advantages of being the older sibling as she’s able to do things the baby can’t.

When the baby grows and learns to talk, he sees all the things his sister can do and he in turn thinks it’s not fair.

I’m not sure about the basic concepts of ‘two unfairs making a fair’ really, but I think this story can have a place at the right time. What it does do,  however, is open up a dialogue to discussing frustration and jealousy, while leading to an eventual bond between the brother and sister. 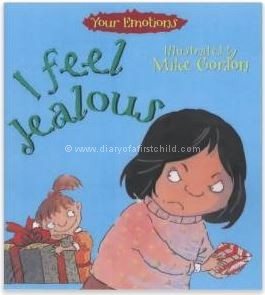 Another book I would buy simply based on the reviews. Many readers comment on how it is clear and direct, and great especially for children on the Autism spectrum. It is of course also good for children who are dealing with a new sibling and having to become accustomed to sharing their parents.

“I Feel Jealous explores the emotion of jealousy from the point of view of a young child. It reassures the reader that jealousy, including being envious of siblings, is quite normal and that talking to someone about feelings helps.”

Ever So Ever So* – Kes Gray

According to reviews on this book, it will help children who are feeling ‘disgruntled’ about having a younger sibling.

This story explores the frustrations an older sibling could feel when a tiny little baby comes home and seems to be get all the attention. It also deals with regression of the older child – big sister Susan copies things the baby does ‘cutely’, but she gets into trouble for.

On the final pages, Susan has an injection from the nurse and cries inconsolably. She is only comforted when her older sister cuddles and kisses and rocks her until she falls asleep, to which her family remark that she is ever such a brave, grown up and good older sister.

Ever So Ever So is told from the older sister’s point of view. It provides a good opportunity to discus jealousy and anger and being left out. One reviewer mentions dad’s involvement with baby in this book, which is great too. This book seems suitable for older siblings ages about 3 – 7.

Told by a big sister, My Little Brother is about how she finds her little brother a bother and wishes him away. One night he disappears from his crib (into the laundry cupboard with the cat) and she realises that she wouldn’t want to be without him.

Readers of this story have said that it showed them the positives of having a younger brother far out weighed the negatives. 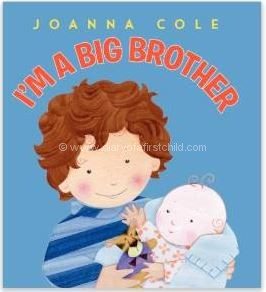 “Someone new is at our house,” begins this loving, reassuring look at brotherhood. Told through the eyes of a new older brother, this simple story lays out all the good things about being an older sibling, and reminds new brothers that they are just as special as ever.

One of the comments on this book is that it shows a bottle feeding baby. Not a big deal to most, but just something to be aware of if you prefer pro-breastfeeding books.

This book is more aimed at brothers with baby siblings, but there’s a Big Sister* version too. 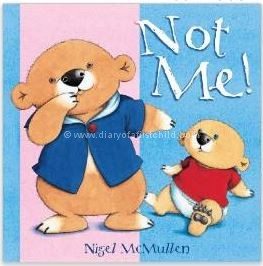 A nice brother to brother book, this story is a little different, with Little Brother Kenny adoring his older brother, even though Jack always falsely accuses him. Kenny’s first word is “Jack” which ‘brings an abrupt end to his brother’s reign’.

Readers call this an ‘endearing story’ that demonstrates the special relationship that can exist between two brothers. 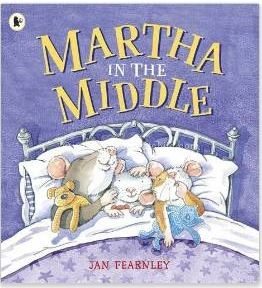 “Squashed in the middle, invisible in the middle, Martha thinks nobody really notices her … so she runs away to the bottom of the garden. Here she meets Frog who, by showing her round the garden, persuades her that the middle really is the very best place to be.”

Particularly good if your middle child is called Martha, but all middle children can relate to the subtle message as Martha sometimes longs to be the oldest, and sometimes the baby. Martha in the Middle is highly regarded by people with middle children.

Hold That Thought, Milton! – While not technically fitting into this category, I’d like to make special mention of Hold That Thought, Milton! It’s a book about a little boy desperate to tell someone he’s lost something special to him, but everyone is too busy getting ready for his big brother’s wedding, so they all tell him to ‘hold that thought’, until he eventually explodes green slime all over the wedding party. I worked out a code word with my little girl that when she was feeling unheard or unlistened to she could use that word to make me stop and pay attention. We also worked out a list of people she could go to if we weren’t approachable. It hurts my heart to think that this could happen, but life sometimes does. 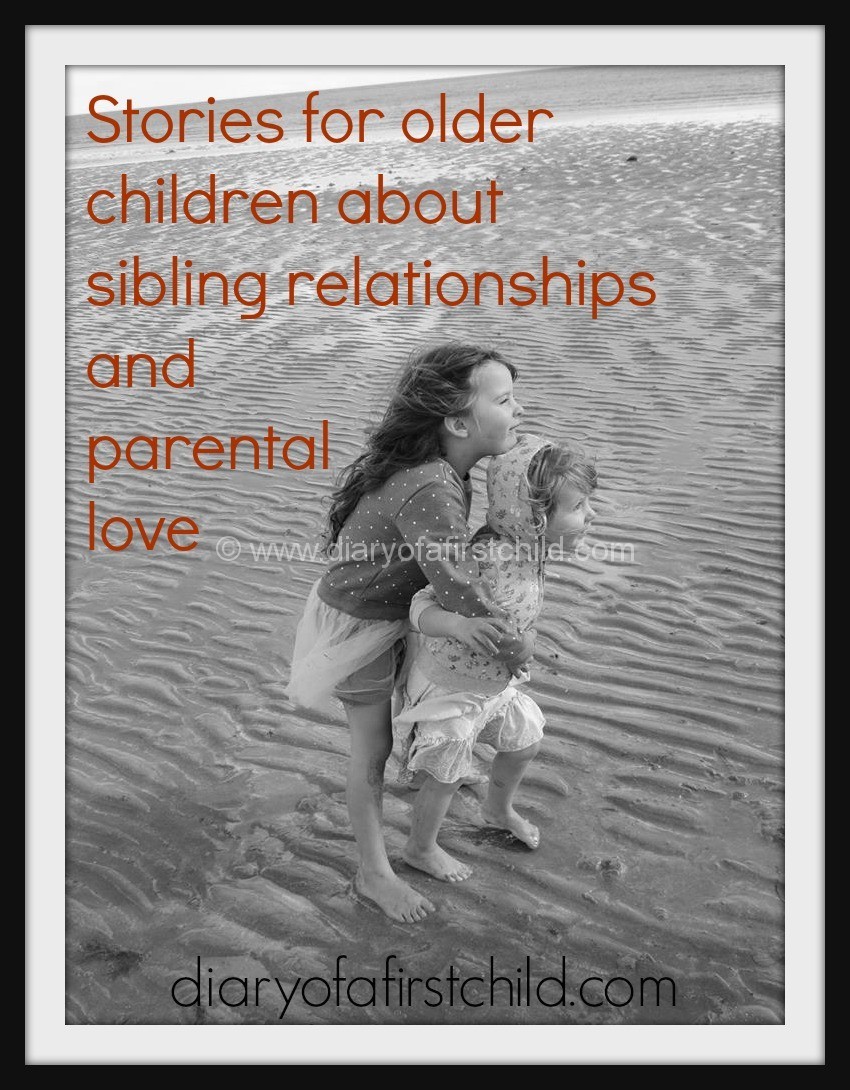 *I haven’t read all these books about siblings, but the above is written from feedback from Amazon and Little Parachutes.