My life over the last year has not been ‘my life’. It’s been a crazy attempt at keeping my head above the water as both a mother and an employee.  My job is winding up this week, and while I’m panicked to the hilt about how on earth I’m going to stay afloat, there’s also a part of me that feels a huge amount of energy returning to my day to day. I feel excited about spending time in home education again, and not like my little girls are just another thing on my to do list every day. We’ll see how the next months go, but I’m excited about getting back to being a mother first, even if the government is trying to push mothers back into work – even those that don’t want it. But that’s a post for another day.

Today I decided that it was time to start at the beginning again. Ameli is reading beautifully and mostly confidently, when she can be bothered to. Aviya is slowly starting to recognise letters, and I think it’s time we start focusing on our play-learning themes again. At least for Aviya it’s a formal start to alphabet learning.

I thought a fun introduction for us all would be something crafty, so I went with the Little Cooks Collection alphabet letters. I gave them all to Ameli to sort out for me, “so that we can see if we have them all”. I was really pleased that she got it right as far as I expected her to – that is, she still confuses “j” and “g”, but we’ll work on it. 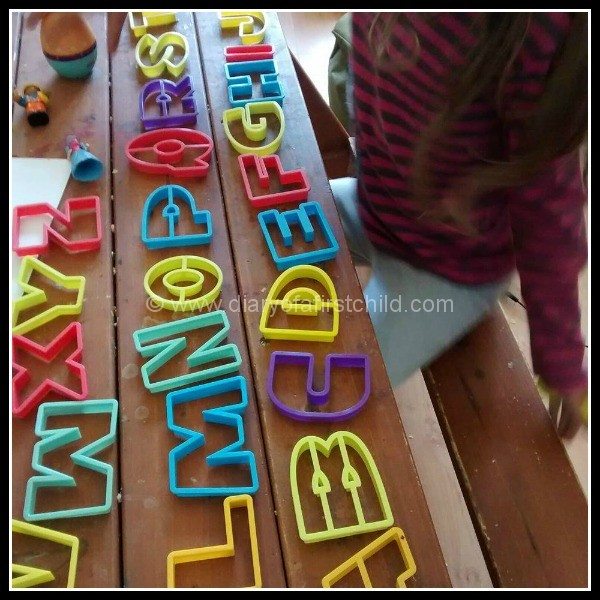 The salt dough I used is probably the best recipe I’ve used to date. I’ve often found that making salt dough is fine, till you try to dry it, then it tries to rise and cracks and breaks. This one didn’t do that. For this recipe I used 270g flour, 160g fine salt and about 170g water (2/3 cup). Mix it all together, so that it’s properly combined, then knead the dough. I have a Thermomix so I did a quick three minutes in that, but a 10 minute knead by hand should produce a similar result. You want it pliable, and not crumbly. It should also not stick to surfaces.

Roll the dough out, and cut out your shapes. We transferred ours to a pizza stone (two, actually) and put them in the oven for 2 hours at 135C. This may vary from oven to oven, so keep an eye on it. It needs to be dry, but not browned. 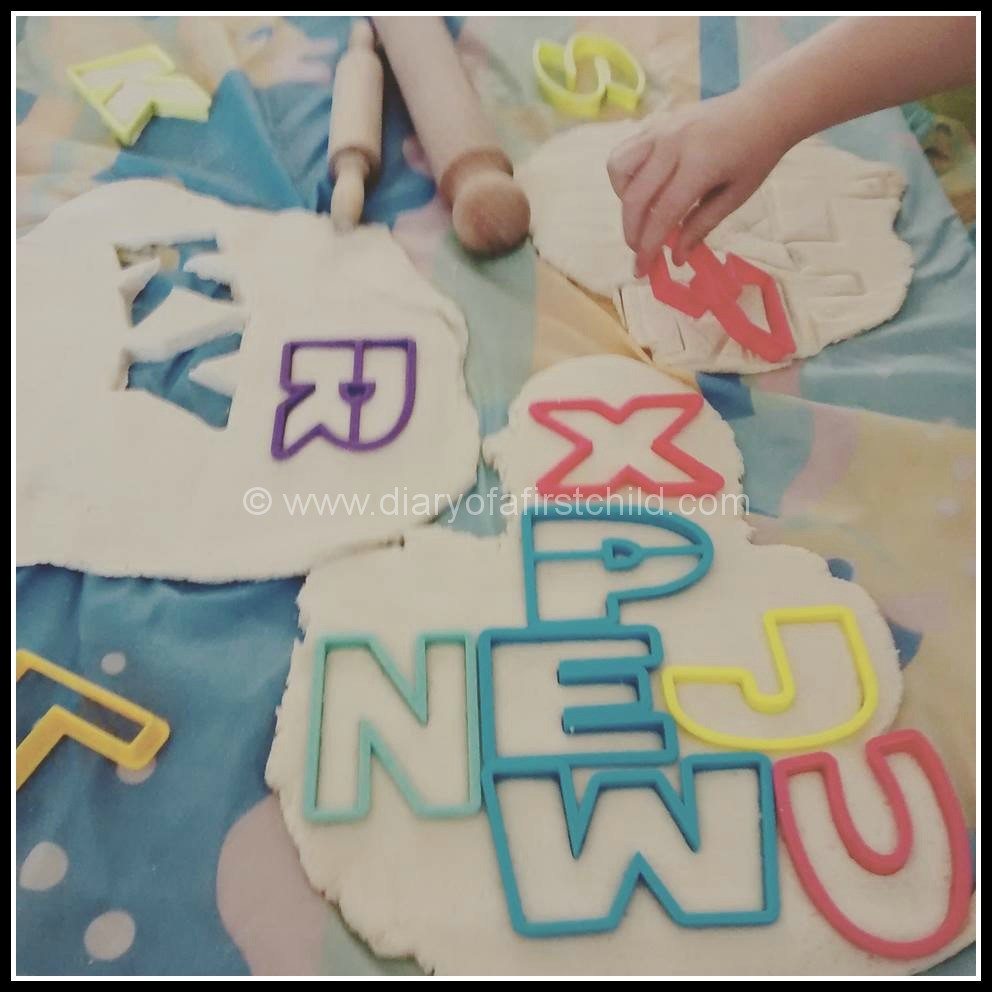 Leave the shapes to cool completely, then paint and decorate as you wish. I let the girls run with it, but they  had to make sure the sides were painted too, which is pretty good fine motor skill training. We used a water-based paint, which I wasn’t initially sure would work, but it did work beautifully. 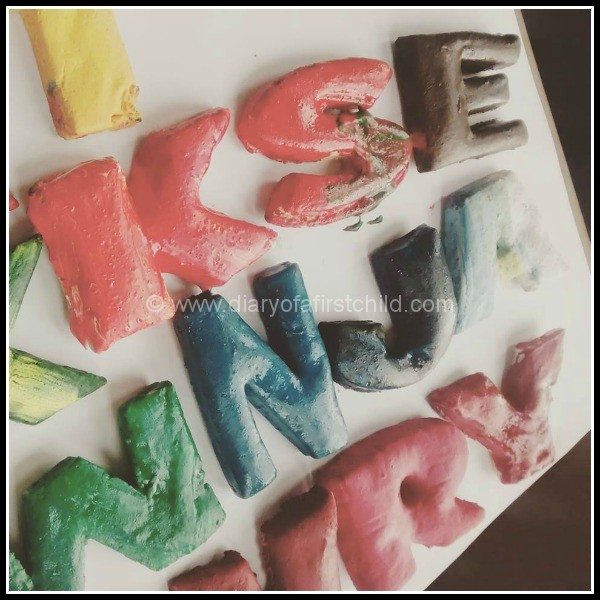 Once properly dried, we will focus on a letter a week and do alphabet learning around it, using some for word sounds (like ‘ch’ and ‘th’ and so on too. It should keep us busy for a while!