It’s funny how despite our best efforts of printing out worksheets, making sensory play tubs, and becoming crafting masterminds to help our children learn things, it’s sometimes the simple things that just flip the switch and cause the lightbulb moment.

I have been noticed in Ameli’s reading that she struggles to ‘place’ some letter sounds when there are options – like “a” which could be “apple”, “armour” or “away”. The same goes for other letters and word sounds, so over the next few weeks I’m going to help her focus on word sounds, word combinations and see where we go from there. It does feel good to have a focus again though.

The irony is, I grabbed a bit of paper and the lid of a storage tub, and drew some lines and we just chatted through it.

Here’s three ways the letter “a” can sound: a: “apple”, words that sound like ae “armour” and /ə/ “away”. Can you think of more letters?

… and five minutes later, she’d come up with more than half the words on this list. I was rather impressed. 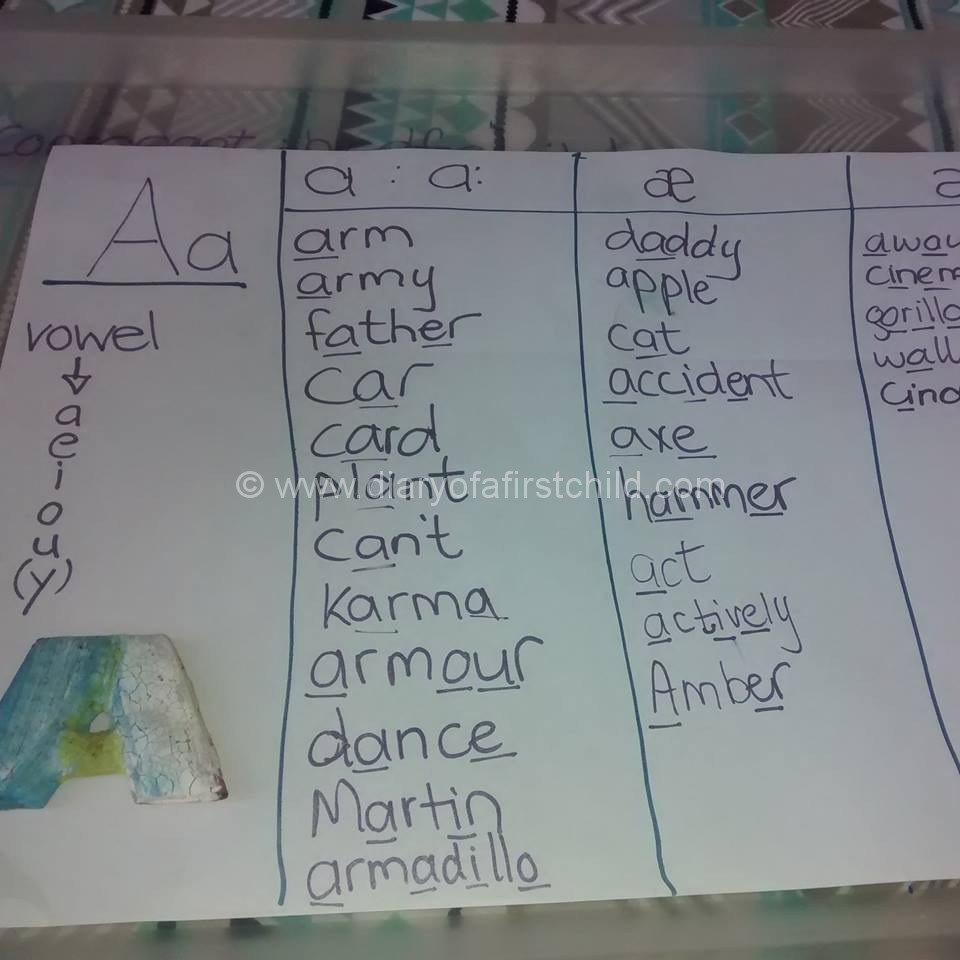 Then we started talking about vowels and consonants, and at first she didn’t understand, but I told her that “a,e,i,o,u” and sometimes “y” are vowels, so we went through the whole alphabet, separating out the vowels into a different row. 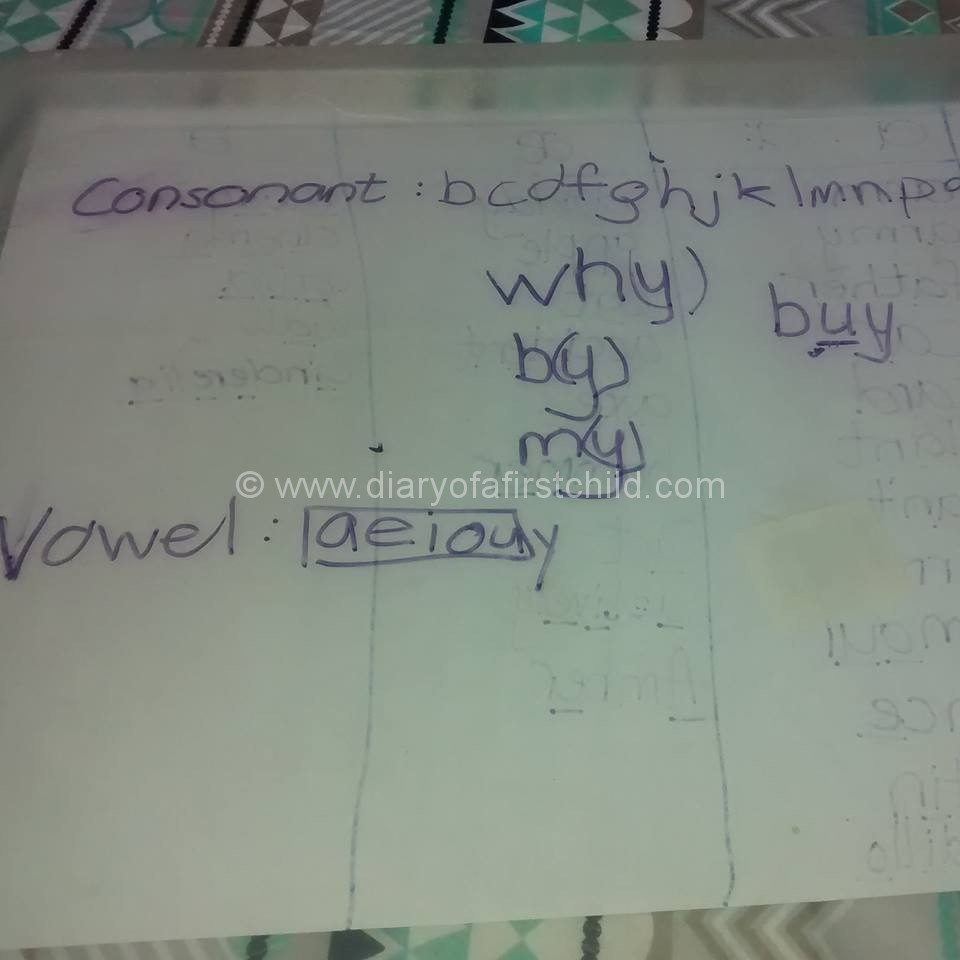 And when I explained about “y” being a sometimes vowel, she pointed out that it’s only a vowel when there weren’t other vowels around. A lightbulb moment.

This is not the prettiest post, I know, but it’s to point out that sometimes we don’t need amazing resources and effort to reach those beautiful light bulb moments that make home education – any education really – so worth it.