Excuse me a moment, please, while I hide my tissues and wipe my eyes. I’m totally going to sit here and pretend this advert didn’t make my womb ache and swoon, and every fibre of my being long for those exciting, terrifying, exhilarating, empowering, insanity-inducing, beautiful days of a new baby’s  life.

Watch this, and tell me you came away without at least a little twinge, I dare you:

I have two daughters, both equally wanted, and equally adored.

When I found out I was pregnant with Ameli, I booked her place at nursery and was angry that I wouldn’t be able to return to work after 2 weeks, as the childcare at my work wouldn’t take her under 3 months of age. I wanted her, don’t get me wrong – I’d been waiting for years to have her, but I think I expected her to slot in with my life, rather than become my world. 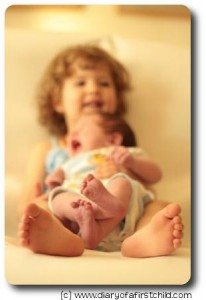 I had a horrendous pregnancy with terrible Hyperemesis Gravidarum and I bled for 20 weeks. In the end, I opted for a home birth, and when I raised my daughter out of the water, there was a moment where my world spun upside down, and everything I had thought I ever knew about love, and hope and life as I knew it, changed. It was so sudden and profound that five years on, writing about it, I can smell the water in the birthpool, hear the rain outside, feel the moment rising up before me again. I sat in the water and told my husband I could never go back to my job.

Not many people can look back and remember the moment they became who they are. I can.

The months that followed that transformative experience were so different to anything I had ever imagined. Breast feeding came naturally, easily. We co-slept and never once in that first year used the nursery we’d put together. We bought a pram and it was so wide we couldn’t get it up the stairs of our maisonnete, so we gave it up and took up baby wearing instead. We learned about a whole new world allergies, and rashes, and check-ups and follow ups and we quickly learned that people who tell you your child can’t be teething at four months were wrong, and people who told us our child shouldn’t be crawling at 5 months had never tried to stop a child from crawling at five months, nor had they had to run after an 8-month old toddler. 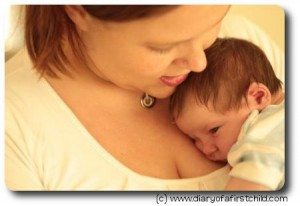 We learned in those first years that there were no rules that were hard and fast. We learned that every parent has to make it up as they go.

When we thought we had the answers, the questions changed. When we thought we had it sussed, curve balls came. After three years of waking up between 4 and 6 for the day, every day, having been awake at least every 2 hours through the night, we figured we had hacked parenting, and this is what it was.

Then we had our second daughter. The pregnancy was worse, the birth fast and furious. She was born at 42+5 by scan dates and everyone around me was ‘worried’ and had ‘concerns’ but I knew in my gut we were okay and she was born at home, in water, into my waiting arms, ready for round two of a sleep deprivation that never came. 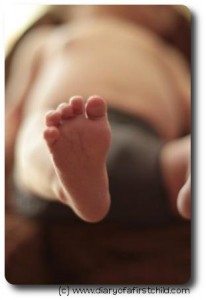 Aviya slept through the night every night for six month. She was in no rush to crawl or walk. She made her first dramatic moves right off a bed, breaking her collarbone. She was 10 months old before she took her first steps. A different child, with a different temperament, and a different take on her world – so clearly different, yet so indescribably perfect too.

Pampers have been working with the NCT on a study about those first two years of a new baby-new parent’s life and they’ve come to conclusions that I’m sure most parents would agree with and recognise.

They say that night waking and disturbed sleep are considered an inevitability during the first year – but as my experience shows, not always so! They also found that most parents surveyed anticipated better sleep during the second year of their child’s life, but that for around a third of parents (30%) sleep problems persisted throughout the first 1,000 days. The reasons that babies struggle with sleep changed over time, with parents of toddlers citing issues such as teething and illness. They could have included jet lag in their study. My sleeper was 6 months old when we flew to Australia, and that time change signalled the end of her sleeping-through-the night. Coincidence, or was it to do with teething too? I guess I’ll never know now!

Additionally, the findings looked at modern parenting roles. Over two thirds of dads (67%) reported equally sharing the responsibility for caring for their baby at night. However, mums – don’t all nod your heads at once now – didn’t necessarily agree with this assessment with less than half (45%) responding that they shared equal responsibility with their partners. In fact, the research suggests that mums still take on the majority of the responsibilities of childcare. (It’s my guess that most mums could  have told them that for free 😉 )

Dr Abigail Easter, Research Manager at NCT says, “This research has told us about the ups and downs of new parenthood, and how important it is that both mums and dads find the support they need as they care for a young baby. Balancing the responsibilities of parenting, work and finances was a key theme to emerge from the research, and affects different families in different ways. Good communication and looking after their own relationship is really important for new parents as they settle into changing roles. This research is just one part of a robust study which will inform NCT’s education, support and campaigning.”

That’s something I can agree with: every new parent’s experience is so completely new, and as fundamentally different as the people themselves are. No two ways are ever going to be the same, even in the same family with the same parents, so it’s great to know that support is out there, and people are taking the time to try to understand more wholly our human experience.

And all that aside, just go back and watch the video again. You know, for the sake of your own ‘research’. 😉