This weekend past my girls and I were invited to a sneak preview of Pan, the newest in the Peter Pan film genre. We don’t make the trip to London often these days, but since we were going to be in the area, we were very excited to be making our way to Neverland in Leicester Square.

I’ve always loved the Peter Pan story, ever since I was a girl. I think there’s something about the make believe world of Neverland that just appeals to my inherent traveller-spirit. So for me, a movie just based on Peter Pan is already a winner. 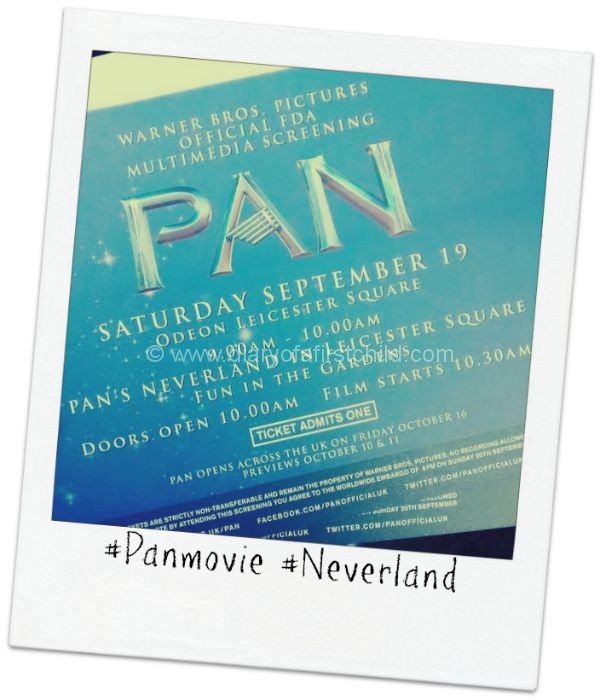 With the premier in Leicester Square, the whole square was transformed into Neverland, complete with fairies, pirates, and loads of art and craft activities for the kids to get involved in. Considering the fact that it’s a small space, they managed to cram a lot in, and added details like hanging things from the trees ( I could just imagine Tinkerbell going crazy for all the ‘lost things’) and bright and brilliant colours. My children (and I) absolutely loved it. 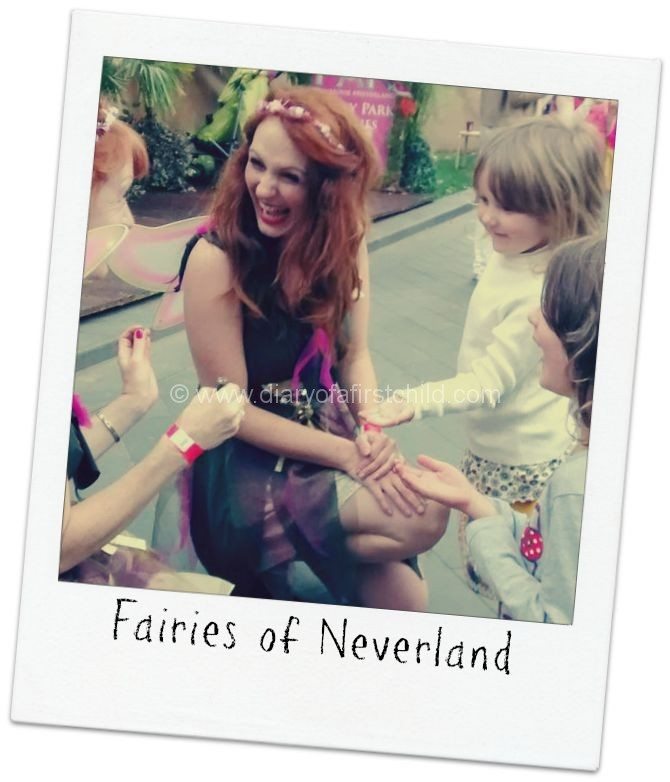 We decorated butterfly wings and lost boy ‘crowns’ before making our way to the cinema for the actual movie.

Having seen no previews and read no reviews, I wasn’t sure what to expect at all, so was surprised when the movie switched to war time England. In the original version of the story, Peter’s pram is blown away by the wind as his mother sits in a London park chatting with a friend. They’ve broken away from that story line for this movie, with a tearful  Mary Darling leaving her baby boy at London’s Lambeth Home For Boys. We skip about 12 years to a Narnia-esque type feel with children being evacuated to Canada and the countryside. (During one bombing scene I half expected them to cut to the Pevensy family running for their shelter too.) 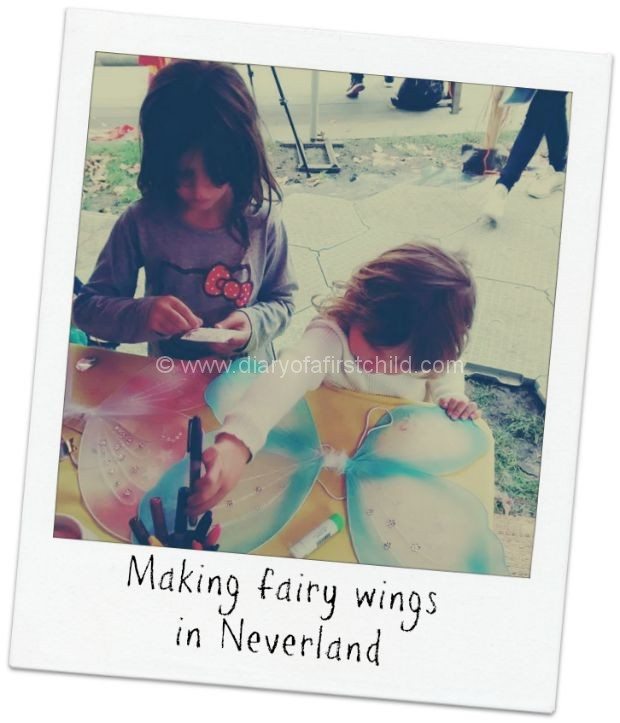 The movie Pan tells the story from the beginning, before we’ve ever met Peter before. In a way it brings the story out of the realm of magic and into the harsh light of reality. We’re introduced to a sad and broken Neverland, where there aren’t fairies and lost boys, and there aren’t jolly pirates on a Jolly Roger. There’s just Blackbeard, the pirate kidnapping children – including Peter – from the orphanage to work in the mines finding fairy dust, which he inhales to keep himself eternally young.

Pan ends with Blackbeard dead, crushed in his ship in a rather epic battle with millions of fairies. Hook is brother-like figure to Peter, and ultimately a good guy who went through some bad things – so good a guy in fact that there’s sure to be a second movie because rather than joining up with Peter Pan as we know the story, it leaves a lot of questions: what happens between Peter and Hook that they become enemies? How does Hook end up leading the pirates? Who is Mary Darling to Wendy? And so on.

For lovers of the fairy tale Peter Pan the movie creates more gaps than it fills, especially since the origins differ somewhat from those in the original story, but as a stand alone movie, it is intriguing, captivating, thrilling and has a good mix of tension and suspense, and feel good factor.

Hugh Jackman makes a terrifying Blackbeard, and Levi Miller is a great Pan – his boyish charms and cocky attitude seem to come through the screen at you. Despite the hardship of his abandonment and subsequent time in a rather awful place under rather neglectful, if not downright heartless formative years don’t seem to rob him of any of the good qualities you’d want in a well rounded child. Hook is portrayed as a super-smooth talking, womanising lads lad, but you’re always uneasy about him, even when he is being kind – I guess because you know it’s Hook and there’s no happy ending there.

I think my favourite character in the movie was Princess Tigerlily, no more a Disney princess tied up and carried away by pirates, but an ass-kicking, take no prisoners warrior. Her character itself is very well portrayed too.

We had a fantastic day out in London, and I’d be lying if I said I didn’t spend a bit of the day wishing we could move back so I can do lots more of these! 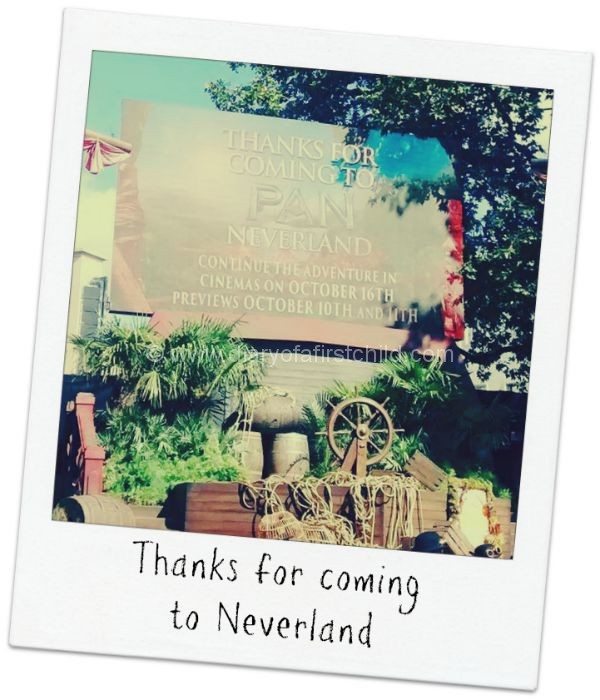