I took the children (6 + 4) to see Alice Through The Looking Glass over the weekend, because, well, Alice in Wonderland is one of my favourite childhood stories. We loved this movie, despite it having been heavily slated by ‘the critics’.

The story is the follow on to Alice’s first trip to Wonderland, and I must admit, I don’t remember the book at all! It must be two decades since I last read it, so I can’t comment at all on how close it is to the original, or whether it’s a completely ‘new’ story.

Without spoilers – this is a story of Alice returning to Wonderland to find the Mad Hatter has lost his happy, and is in fact very sad – so sad that he comes close to death, due to being reminded of an event that occurred many years ago. Alice sets out to find Time personified, to convince him to allow her to use his Chronosphere to head back in time to set things straight for her friend the Hatter. During her travels in time, Alice discovers other things about Wonderland – like why the Red Queen and her sister fell out, how the Red Queen came to be how she is, and why the Mad Hatter is always a minute from tea time and so on. 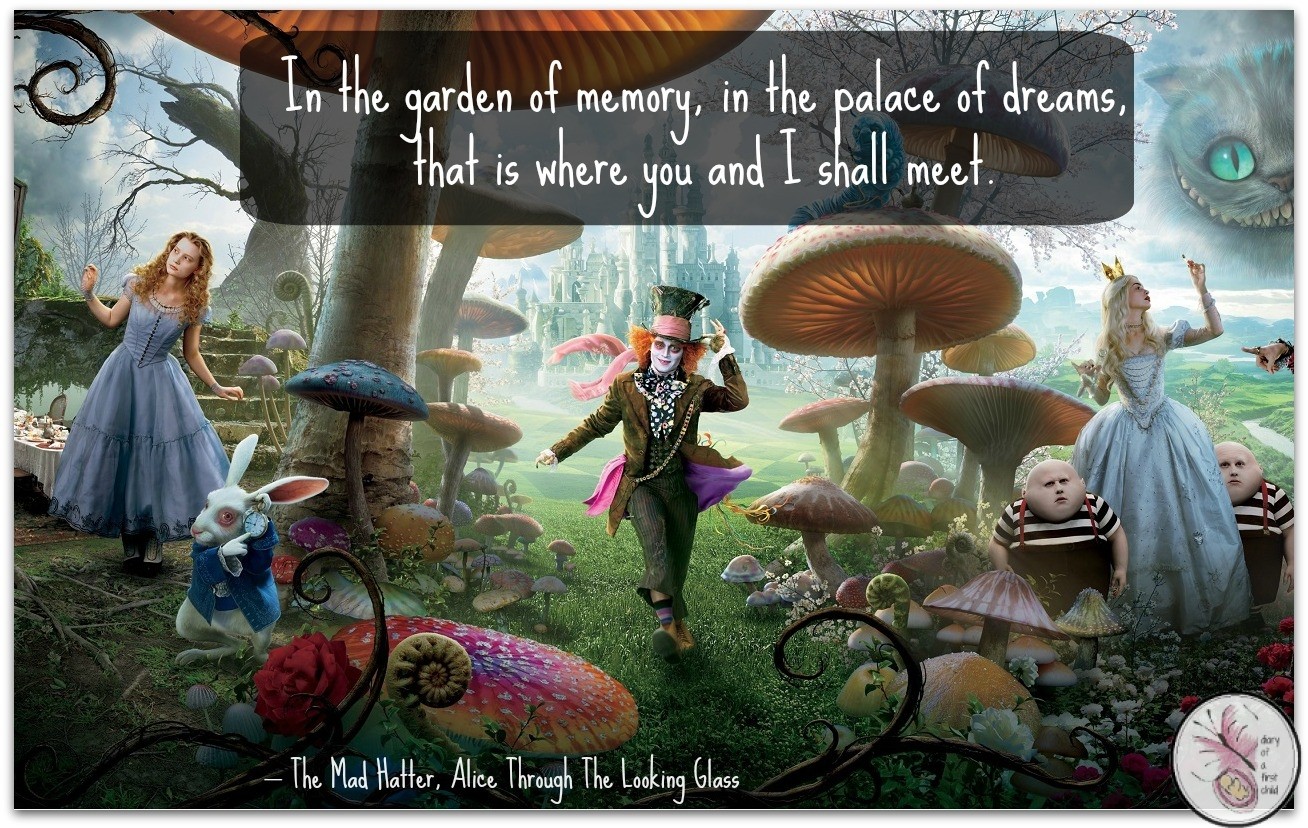 Since watching, I’ve read some of the reviews on the film, and I must say I don’t know what they are on about! Some critics have said the movie was ‘too much’ – clearly they didn’t watch it with children. One even said that “Everything is too much, making the movie look like Willy Wonka threw up all over his chocolate factory”… I mean.. what?  1

I thought the sets were lavish and rich and beautiful. There was so much attention to detail and it was a bold and bright colour explosion. It held the children’s attention, and at times, looking at their faces, especially the six year old, their faces were alive with smiles and captured, mesmerised. They loved it.

Another comment was that without Tim Burton in the directors chair, this was an uninspired production. Well, how rude. Yes, it lacked the gothness of it’s predecessor, but that’s not a dreadful thing, it’s just different. And if you’re taking children to see it, probably a good thing as there’s less ‘scary’ sequences and decor. We watched Tim Burton’s rendition on TV not long ago and while it is an excellent film and I remember leaving the cinema blown away by the dresses and the set designs, it was a much ‘darker’ version than this even though this one had darker elements – like a full screen sized Hatter’s face getting mad at Alice for ‘you are not you’. (We were also in the 3rd row, so that might have made it more imposing!) 2

My six year old took a lot from this movie. As we were driving home she said ‘It’s so important not to lie, isn’t it Mama? Lying can ruin another person’s whole life, can’t it?” I thought that was a really big lesson to take from a movie, and she definitely took the lesson.

There are also other lessons to be found: You can’t change the past for one thing. And the very clever play on time passing (dying) while we are focused on the past wasn’t lost on me either! A quote that really struck me and which is particularly valid for me right now is this one from Time himself: 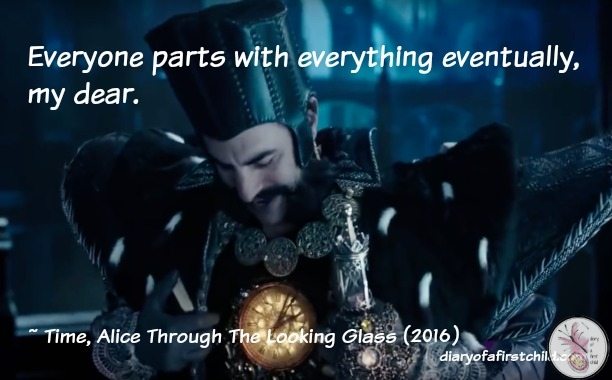 All those things we hold on to, all those things that tie us down and that hold us ‘captive’… we lose them eventually anyway, so why hold on them so tightly now that we miss out on adventures and experiences while we are still here?

I also loved how Time in his castle had a variety of little ‘pets’ – called seconds that could Transformer themselves into ‘Minutes’ by joining together, and later the minutes could join together to form an ‘Hour’. It was very cleverly done. And a great way to explain the parts that make up time to children too.

If I was going to criticise the movie for anything at all, it would be for the occasional cheesy lines delivered by actors that deserved better; there were enough of them to be a little cringe worthy.

The Mad Hatter (Johnny Depp) is as always brilliantly portrayed (though I had to Google to make sure he was actually acting as the Mad Hatter because I didn’t think it looked like him at all!), and Queen Mirana (Anne Hatheway) is exactly how she should be – a wispy character that glides rather than walks, haunted enough to not be happy, but good enough to not be ‘bad’. Helena Bonham Carter as the Queen of Hearts is probably the best actress in the movie – I think she’s the best in everything she’s in, and her character sees a lot of development throughout the film. And if you haven’t seen it you can see the trailer here:

Well, almost two hours later we walked out of the cinema happy customers. The children loved the movie and want to see it again. The four year old gets bored half way through most movies, but she held on through this one, and I thought it was a good couple of hours spent. Is it the best movie I’ve ever seen? No. Few are. It’s very entertaining though, and that is, after all, what we went to the cinema for.

*I read after writing this that many people are boycotting the film due to Johnny Depp beating his wife. While I am deeply disappointed in him – I’m sure he’s heartbroken by that – it would be unfair to the rest of the cast and crew to punish them for his actions. My children wouldn’t even know who Johnny Depp is, since we don’t have much ‘celebrity culture’ in our house, and we go to the movies to see characters, not to learn about actors or their lifestyle choices or actions.

Vintage Travel Guides Ravensburger Puzzle {Review}
5 Ways to Keep Your Life Running Smoothly
Invite The Fairies With Opening Fairy Doors {Review}
20+ Non-Chocolate Advent Calendars For Him, Her And Them!