Just after the recent furore about school holidays, I actually took the children to France for a much anticipated holiday. We booked it back in December, in the doldrums of winter, about to move house, and in the midst of a lot of personal upheaval. I figured if we survived to May, that would be a great way to celebrate making it to this point.

We are home educators anyway, so it being term time made no major difference to our lives but given the whole ‘term time holiday’s debacle, what children learn on holiday was on my mind a lot. Here are some of the things that stood out to me most on our trip:

Children see new things when they go to a new place. For example, they saw the impressive wind turbines that dot the countryside in the north of France. These gargantuan structures prompted a discussion about fossil fuels and renewable energies among other things. Not something we discus on a random Tuesday in May.

On our first day in France, it poured with rain, so we spent most of the day in the heated pool on site. Six year old Ameli picked up a little friend, an 8-year old French girl called Juliet, and for two days, these two were inseparable. They had so much fun together. They barely spoke a word of the same language. They very quickly learned that they could communicate by gesturing, by describing, by pointing. By the end of the second day, when Juliet was leaving, they had even picked up a few words from each other.

Which leads me here. They also learn new language skills on holiday. Whether that’s a different dialect in a different part of the country, or a new language, Ameli’s French improved significantly over the course of 7 days. (Considering she could say Bon’jour and Merci on arrival in France.) Ameli found the inability to understand and communicate frustrating, so what did she do? Downloaded an app that translated for her. That came in really handy at times, when we had to ask full sentences to people who didn’t understand any English (there was a fuel shortage while we were there.)

4) They learn about budgeting

We had been in two minds about actually going on this holiday, even though it was fully paid up front, because there are always expenses on holiday and having just moved house with the help of a moving company in Tacoma, we have very little spare money floating about. As a result we went in with a very tight budget of €30 a day for food and entertainment – and between 3 people, that’s not a whole lot of money, really. So we had to budget and the children had to make decisions and prioritise. After I’d bought our meals every day, we would look at how much was left. Having spent the first two days in the pools and taken some food from home we had a little ‘extra’ money, so our budget went up to just under €40 a day, which suddenly seemed so much more. On the day we went tenpin bowling we had a little less, so didn’t buy ice creams. On the day we went on the canoe and on the motorised race track we had a meat free (but local tomatoes, local mozzarella and fresh baguettes!) dinner, on the day we went to Parc Asterix we were stung a little by tolls we hadn’t realised we were going to have to pay, so only had one ice cream and a tiny souvenir each. But we still got to do all those things, and we enjoyed them all – we just had to work together and decide together what to spend each day’s money on.

5) They learn about planning & cartography

If you want a six year old to learn to read a map, draw an X over the ice cream shop and let her lead the way.

Or sit down together with a big map and find out what’s in the area. We stayed in a really lovely resort. Many people were there and didn’t leave for their entire stay. Others hopped on the day trip bus to Disneyland or to Paris. Those weren’t in our plan for the week – or our budget – so we arrived in Berny-Rivière and unlike me, we had no plan. I had no idea what was around us. So we picked up a map of the commune (county) and poured over it together, making note of big towns, landmarks and tourist highlights. We chose the closest three and decided to visit them. We chose two in the same direction for one day, then another in the opposite direction for a day where we also wanted to attend an event on site. Planning. Together. That’s a valuable life skill.

6) They learn about different fauna and flora 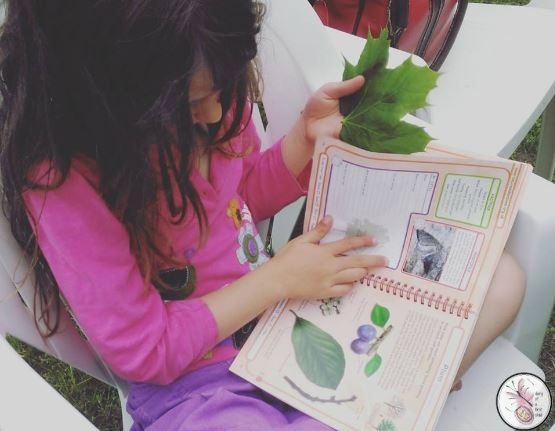 A few days before leaving home we picked up a book about popular British trees in the Poundshop (like a Dollarstore or the Reject Shop). Ameli decided to take it with and see if we could find any of the French trees in our book (we did). But we also discovered trees that aren’t found in the UK. (Or at least not in our book.)

7) They learn their limitations 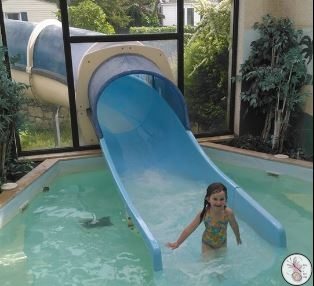 Aside from the fact that (at least this part of) France is much more relaxed about Health and Safety, and Aviya was allowed to go down a water slide she has never been allowed on in the UK holiday parks, she discovered very quickly which ones she liked and which ones she wasn’t ready for. We’ve been in a park in the UK where they didn’t allow her to go down the water slide and she spent the entire week sulking about it.  On the contrary, in this park she was allowed to go down the slide with parental supervision, and she only did it one time, deciding it was too fast for her and she didn’t like it. That was the end of that conversation and it was her choice.

8) They experience a bit of history 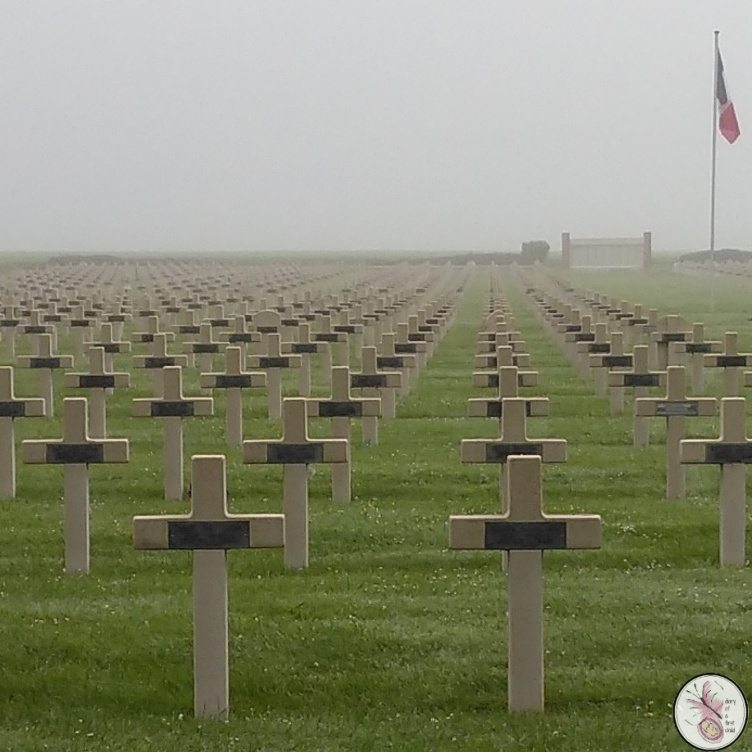 Remember the three towns we decided to go to? One was called Soissons – I’ve never heard of it, but what we did learn was that it was actually the capital before Paris was! The girls learnt all about Clovis and his wife Clotilda and the Vase of Soissons and it’s legend. At ages 6 and 4 they know more about French history than I did before this trip (although if you’ve been watching Vikings on Amazon Prime it’s a great place to visit as it must hail from roughly the same period!) We climbed up a castle turret called Septmont. We discovered a magical chateau in Pierrefonds. History, all around us, alive and basked in Spring sunshine. In the future we will return again, because there is so much World War 1 history in that part of the world too.

Having no wifi for a week meant no TV for a week either (since we only watch Netflix or Amazon). It also meant no computer games, no phone games, no ‘white noise’ from having the radio on. It meant reconnecting with nature, with each other.  It even meant reading to themselves when they wanted some down time. 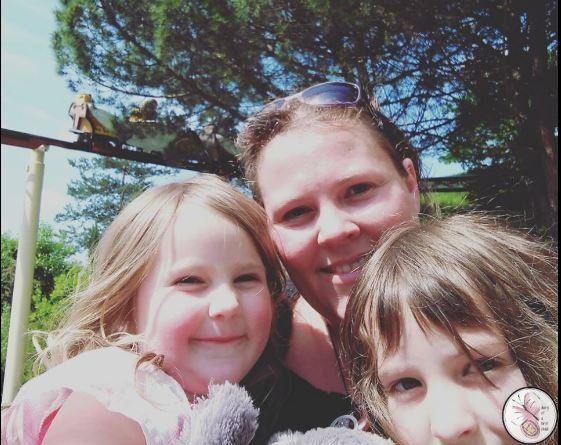 Of course it’s entirely possible to have a holiday with not a single one of these things happening. You could spend all holiday on the park by the pool if that’s your thing. There were families that did just that. They had board games, books, picnics. They swam together, ate leisurely meals, played games. They had good, quality, family bonding time. And that is valuable for a happy life.

Bonus: And as an added bonus, for me, my step counter counted almost double the amount of steps I do at home every day of the week we were away! So there’s a health benefit to throw in there too!

Are holidays of any value to children? Shouldn’t they be in school instead? Or learning at least? I don’t know – I think there are many things children learn on holiday.