If your kids are anything like mine, they love little figurines, and will happily bankrupt you on all the collectables in the world. New to the small world collectables market recently is Num Noms, a collection of dessert themed stack’em style toys that kids are sure to love – I know my 4 & 6 year olds had them out the packet before I could properly photograph them! 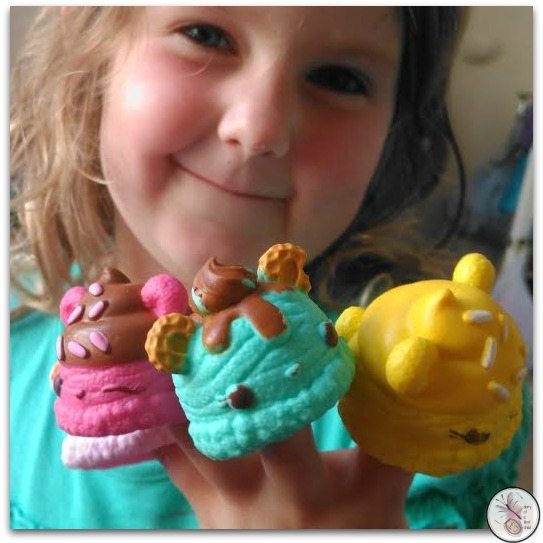 We were sent the series one Num Noms in both a deluxe* and starter* kit.

The deluxe Num Noms set has 6 Nums, 2 motorised Noms, a spoon, a cupcake lines and a collector’s menu. 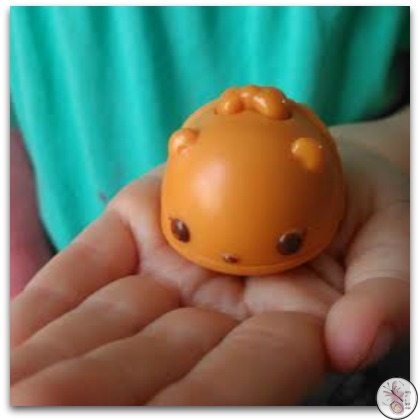 The beauty of these Num Noms and what makes them different from for example Shopkins is that they can be mixed and matched, so that you can put for example stack Pinkie Lemonade onto Caramelly Go-Go and pop them into the cone. There are probably thousands of combinations. There are also some motorised Noms, which are like little vibrating balls of energy. They make an incredible racket on a wooden floor for something so small! The kids love it. I’m not so sure about the downstairs neighbours though!

Num Noms are also scented, and their scents are fantastically accurate, and enduring. When I opened the boxes I thought the smells would dissipate quite quickly, but we’ve had them for almost a month and they’re still going strong. No pun intended. The scents really add to the realism of the desert – especially when you use the real spoon that comes with it to pretend eat your desserts. 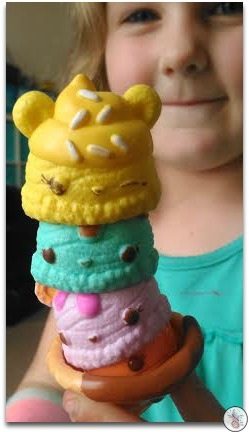 From a mama perspective, I really like that the Num Noms are quite chunky and large for collectables. For one thing, you’re unlikely to hoover them up accidentally, and they’re easier to find lying around the house, behind the sofa, in the bottom of the toy box. I’m lucky that my kids have never been big on shoving things in their ears or up their noses, but with the Num Noms, there’s little chance of younger siblings being able to do that – (although if you’re really worried they could probably still be swallowed, so should be used with supervision in smaller children). I also really like that they make your hands smell scented when you’ve been handling them!

As with all collectables they are constantly bringing out new items to add to the collection, and there are play sets, new series coming out, blind bags and more, so you can keep buying them for a very long time to come, I’m sure.

Num Noms are available from leading toy retailers – you can see them here at The Entertainer or Amazon with prices starting from £3.

*we received two free sets in exchange for this honest review