It’s summer folks. SUMMER! That little bit of promised land, an oasis of …. oh, no, wait. We’re in the UK. It’ll probably rain. But that’s okay. The plants will be happy.

If it’s not raining, however, one of those quintessential things about summer parenting is taking the kids cycling – but who wants to be running in two directions after two children on bikes?  Much better to cycle with them, steering them in a general direction!

So when Halfords got in touch and offered me one of their women’s bikes (we also have two kids bikes from them) I was really excited to give it a try.

I’ll admit that the Olive and Orange bike range from Orla Kiely is very girly for me. I don’t normally go for ‘girly’ things, and would probably have chosen a run of the  mill, standard men’s bike, so I’m glad that I had to choose from a specific range as it made me go for something very different from my norm.

Isn’t it pretty? I had to add the straw hat, because, come on. It just needs a straw hat! 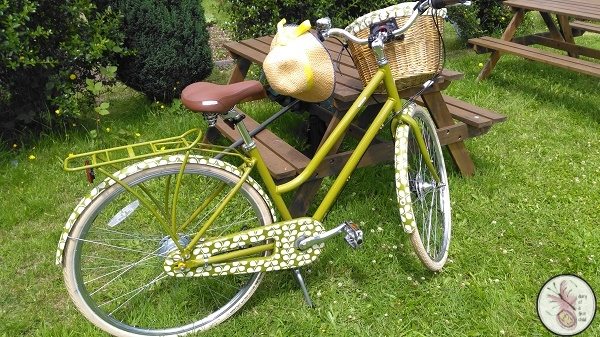 So first, things to love about the bike.

But okay, aside from that, I love the detail. See the stitching on the handle? It’s like a corset for the hands. Hehe. I love that. The saddle has the same stitching.

I also love that the basket’s cover is removable so that it can be cleaned. Even the badge is in the colours of the name – olive and orange. It’s very lovely. Modern Ladies electric bikes like the Wisper 705 (here) discreetly hide the battery in the frame. 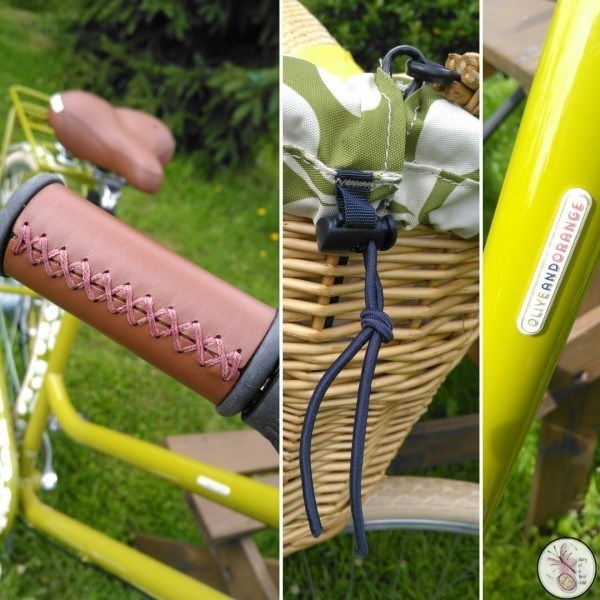 If you’ve ever ridden a bike, you know that the first few days are painful on your backside. That didn’t happen at all on this bike, because the saddle is wide and padded. It’s really very comfortable and no sore bum the next day. Awesome. The seat is also adjustable height. 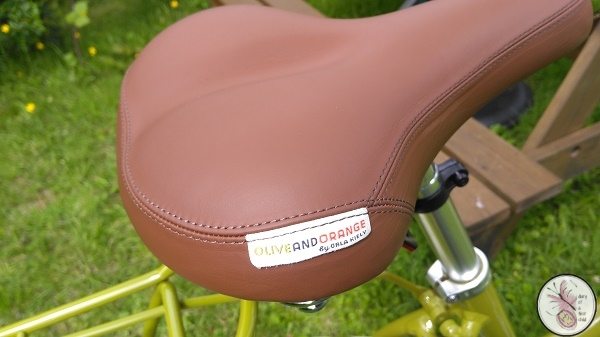 The wicker basket has a really easy release mechanism. Just push the red button and the basket comes off, but once clicked in place it’s really sturdy too. 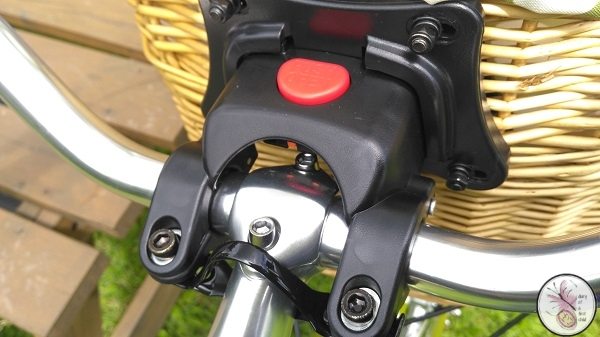 The basket itself has a handle so you can fill it with your picnic goodies and once you’ve stopped for lunch, slip off the basket, carry it by the handle and you’re on your way. I use it for my allotment produce too, and if it gets too dirty I can just wipe it clean, or slip it off to give it a proper clean. And don’t forget the back pannier too, if you need more space. 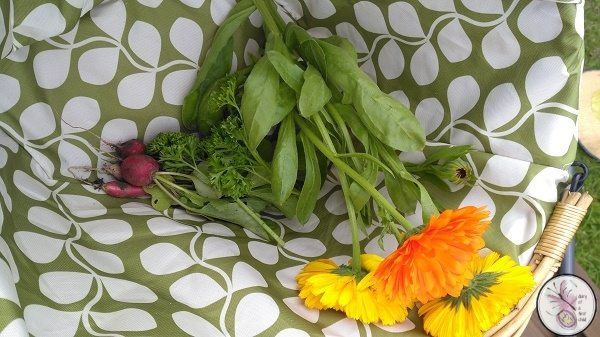 The wheels have mudguards over them, so you can keep relatively clean on wet and muddy roads, and the frame is a light alloy, so you can easily pick the bike up – it’s big but not heavy.

I would be inclined to say that this bike isn’t meant for long distances on hilly terrains, but must admit that that could be my weight or my knees making it harder to get the two of us (me and the bike) up hills, and I can’t confirm that without having another bike to compare to. It is the first bike I’ve ever had that only has gears on one side though (the front wheel) giving 8-speeds. But it’s a glorious bike for cycling some of the many Forestry Commission and National Cycle Network routes around the United Kingdom.