We moved house a few months ago, and the children’s room has been a bit of a mishmash since doing so, since it’s also their first room separate from mine. I took my time collecting bits for decorating their room so that I could keep the costs down, but when we were offered the Opening Fairy Door for review I knew I had to find a way to include it in their room, even though we already had a little fairy door up already. 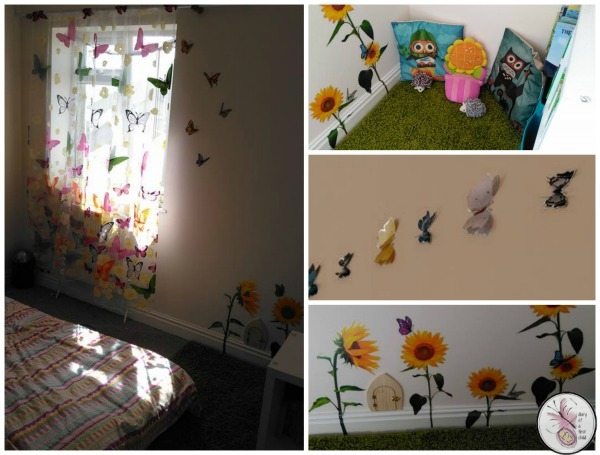 My children being as they are, it didn’t take too long for the books to be strewn across the floor and the room to take a turn for the messy side, so when we received the new fairy door, I decided to use some… positive reinforcement… to get some tidying done.

(I should mention here that I’ve never really *told* the children that fairies either exist or that they could wish to visit your room in the middle of the night. They’ve posed these as theories, and I’ve just let them run with it. Ameli made a fairy door from felt, and from there we ‘upgraded’ to this little wooden door, so the Opening Fairy Door was a fairly easy next step!)

On the first night of our new fairy door, I only brought out the post box with the tiny little letter and envelope, with a note inside telling them that I loved their new room, but if the girls could tidy it a bit, that would be great as then the fairies could bring them a present. 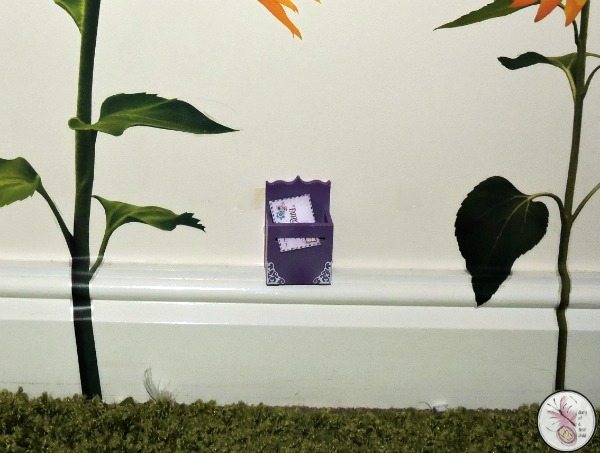 That night I slipped into the room with a hint of light from the hallway, and attached the door, window and fencing to the wall, with a bag and a jar of fairy dust and a new note in the post box. It comes all ready built in the box, so you literally just have to attach the sticky bits and stick it to the wall, no fuss at all.

Ameli (6) came into my room with eyes wide at the crack of dawn, telling me to come and look at the door. 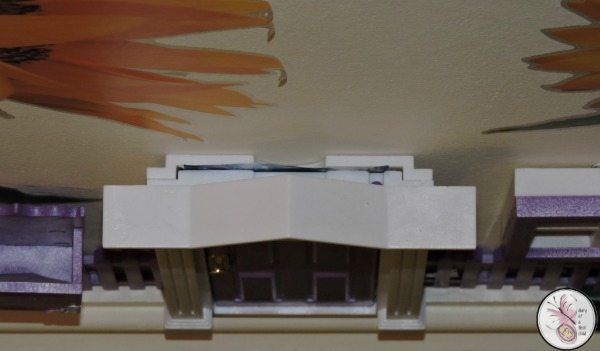 She did comment immediately that the backdrop, once you’ve opened the door, isn’t real as she could see the slot that it fits into, but she wasn’t too fussed by this, saying that it was there to show you what it looks like when the fairies open the door!

The Opening Fairy Door has come as a great hit with the children, and they have spent a lot of time debating and talking about the fairies – and have gone to bed with thoughts of nighttime visitors on their minds.

What’s in the box: 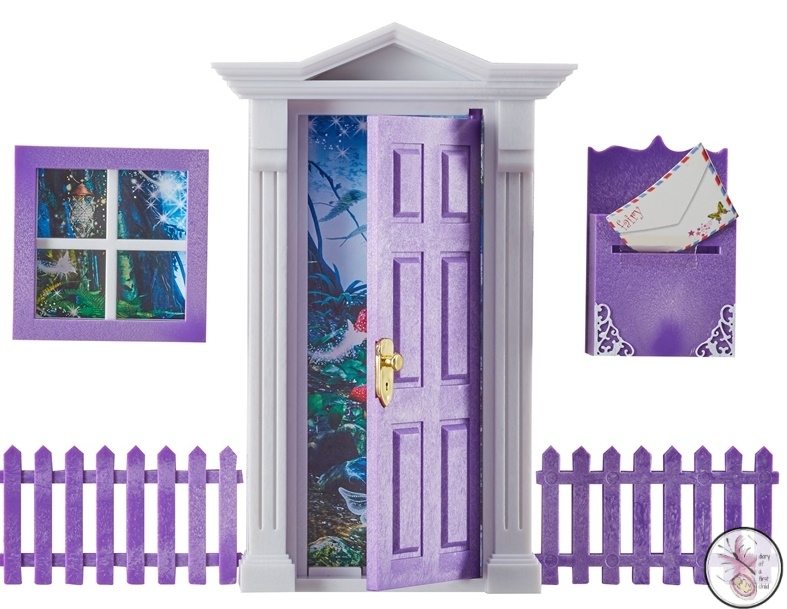 – A window with scene

– 1 bottle of glitter in a pouch

This is such a lovely set. It really adds to the fairy-lore, and my children love it.

The only thing I would improve on is the scene – I had thought to place it high enough that the kids couldn’t see over the top for the slot the scene slips into, but that didn’t make much sense. It should be in a closed slot, I think. 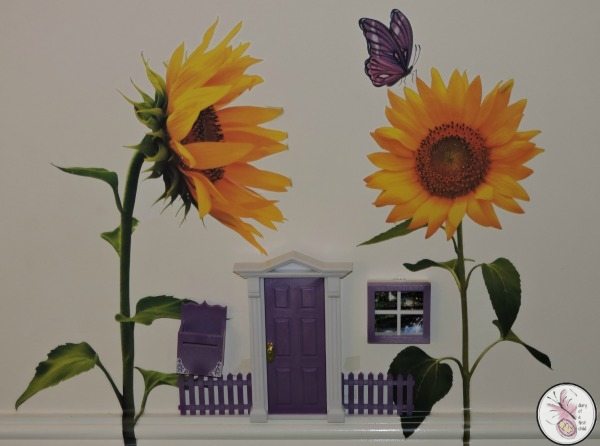 (Please note the sunflowers don’t come with this set! They were already on the wall.)

Also, the sticky tabs didn’t hold the heavy (relatively speaking!) door, and the white tabs stick out behind the fence posts too, so I would recommend alternative adhesive. Waking up to find the fairy door flat on its face ruins the illusion somewhat. I used a whole sheet of Bostik Glu Dots to make sure this doesn’t happen, and that’s working well so far! They’re also better behind the fence posts as you don’t see them sticking out then.

One ‘issue’ is that there’s only one pot of glitter, so if you have children sharing a room you have to add your own extras. I didn’t and my smallest was very upset that the fairies didn’t bring her anything and my honest affirmation that the glitter was for both of them wasn’t heeded at all. I’d definitely recommend getting more and filling them with glitter.

And a final tip: use pencil to write the fairy notes – that way you can erase them and use them again if your small people are planning on taking up fairy correspondance with any frequency!

The Opening Fairy Door kit is available here and here for £14.99 (but we were sent this one for free in exchange for this honest review!)

Here are some (affiliate) links for the other items we used to decorate the room: