It’s finally happened. My baby has decided she’d like to be able to read. Her big sister can spend hours lost in her latest favourite book, and she wants to be able to do the same, I guess. With Ameli it was easy – one round of Reading Eggs and she was on her way. Aviya needs a little more interaction in her learning though, so we’re working our way through the alphabet.

I found a few different alphabet-learning printables on educational resources website Twinkl, and here’s how we’re using them. 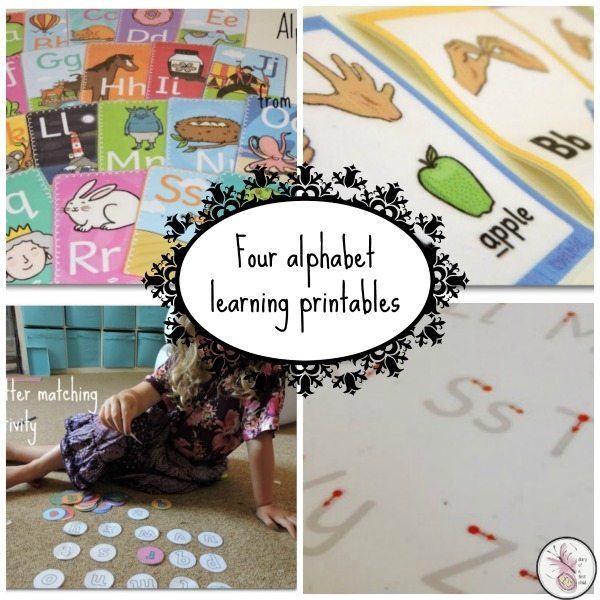 These Alphabet Display Posters are actually A4 sized but I printed 4 to a page to make them into cards. These I’ve laminated, so that Aviya can trace the letters to her heart’s content, whether by finger or marker pen. 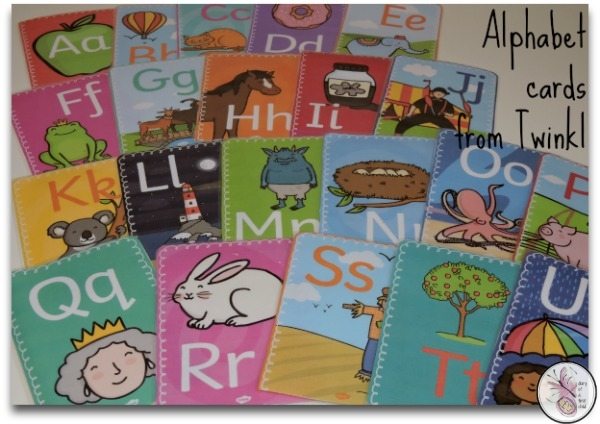 We’ve also printed and laminated this Letter Formation Sheet, which has a useful dot to indicate a starting point and an arrow to show direction. This isn’t enough for self-directed learning for a beginner – she does still need guidance for proper letter formation – but it’s a good start. 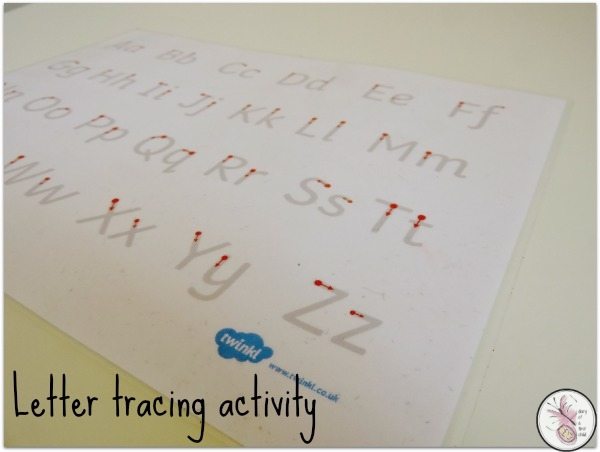 I also decided it would be good for the children – and for me – to learn at least a basic bit of sign language. I’m not sure yet if and how it will impact on our lives, but I think it’s a useful skill to have. So far we’ve learned two letters – A and B – but it’s a good start! This is a good printable from Twinkl too which I’ve also laminated. 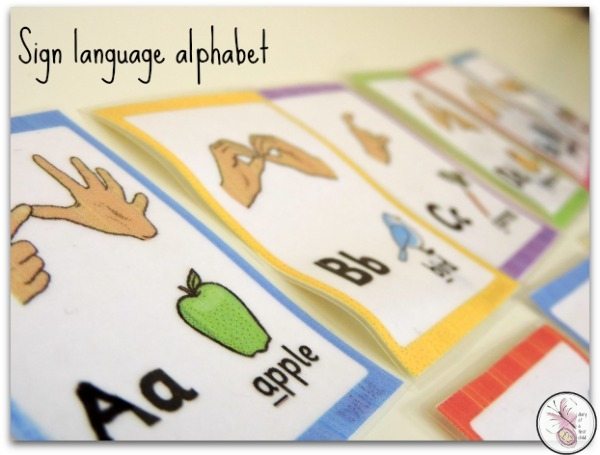 This is a little different in that we’ve been using it as a game – I cut out the plain and coloured circles and laminated them (just as well – they were in her mouth within minutes! – then we sang the alphabet song together while I laid them out in the right order. From there she matched each coloured disk with it’s own plain disk, again repeating the letter sounds with each one as she lay them down for a Letter Matching Activity. 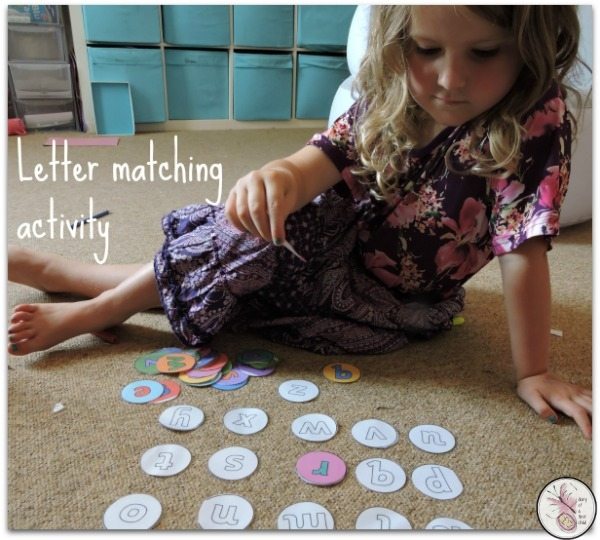 Twinkl Resources are available from £2.50 a month.