I can’t claim to have grown up with much awareness of religious diversity, and I can’t claim to be one way better or worse off for it, but I do know that my children are growing up in a much different way and in a very different place to the close, conservative, and supportive  community that I did, so I think it’s important for them to learn two things: 1) Tolerance for other religions, 2) an understanding of other religions in relation to what I believe, and what I hope they will believe. Religious observances are also different now, and sometimes more commercial – for example the Colour Run, based on the Holli celebration, or locally, we have Electric Woods, where Robin Hill lights up the autumn nights inspired by Diwali, the Hindu Festival of Lights. While we could just go and enjoy the prettiness, I think there’s value in explaining what it is that we’re exposing ourselves to, so that the children can learn something about ‘other people’. As it was, the Electric Woods event saw us walking through the woods at Robin Hill enjoying the cold evening air, listening to music and looking at light displays. It was a lovely evening out, fuelled by hot chocolate.

The next day, at home, we watched the Diwali Story: Rama and Sita Defeat Ravana to gain a better understanding of the meaning of Diwali, and the origins of the celebration of it.  We sometimes read Greek Mythology stories that aim to ‘explain’ the origins of the earth, so I was able to explain to the children that this story is similar to that – something that people of the Hindu faith believe. We don’t believe it, but we respect their right to believe it, just as we expect them to respect our beliefs, even though they don’t believe them. Basic religious and cultural tolerance, really!

The video is great – it tells the story of Rama’s exhile, Sita’s kidnapping, her rescue and the eventual return to their kingdom as rulers. There are fabulous themes in this story, including loyalty, working together and, of course, the triumph of good over evil, which is what Diwali is all about, after all.

Twinkl has great resources for Diwali – we were able to quickly download and print the Diwali story to create a storyboard. This is such a useful way of checking their understanding of the story and also of quickly recapping it. 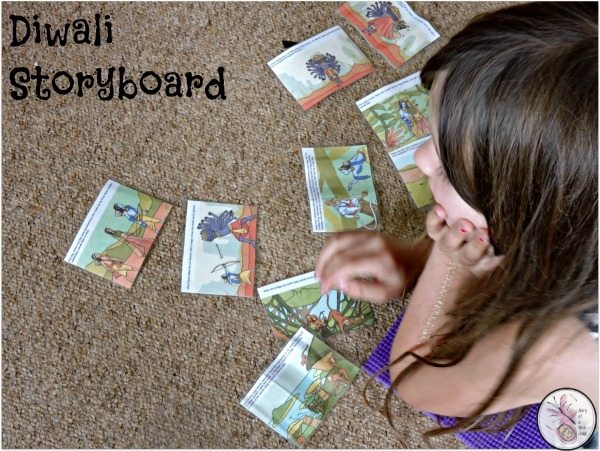 There are also templates for Diwali lanterns, which you can print and colour with easy instructions for turning them into lanterns. (We didn’t do these, but there are also henna prints and mindful colouring pages, to name a few) 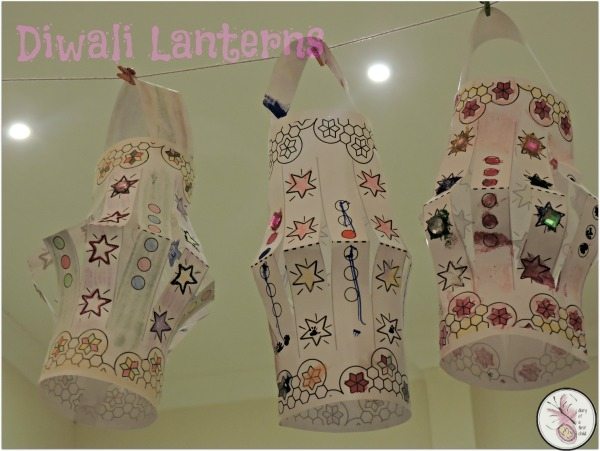 For a bit of weighing and measuring, along with a hint of fractions, I made this Mango Lassi recipe card, which 7yo Ameli was most pleased to be able to follow and make an afternoon snack, all on her own. 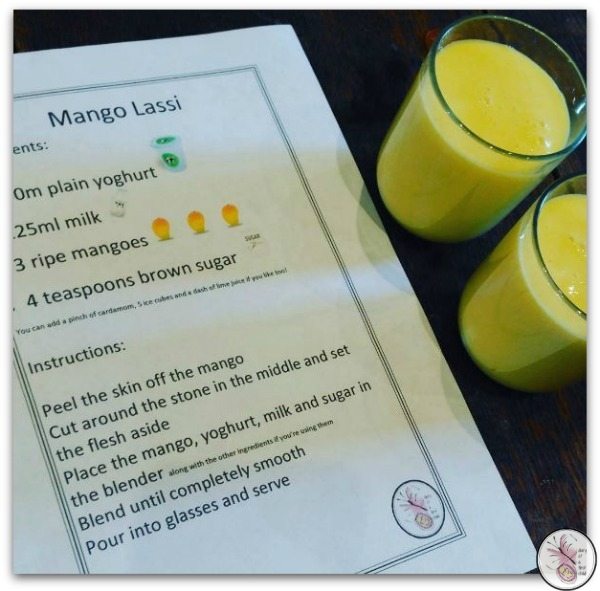