This isn’t a sponsored post. It’s the kind of thing I’d tell my best friend. All my friends, actually, because it’s been a life saver for me. When you live in a sunny country you take the simple things for granted. Like the ability to dry laundry on the same day you hung it on the line, rather than four days later, having had it hung on every radiator around the house.So last year I took a leap and bought a Maxi Dryer to help with the drying of the masses and masses of clothes that two children seem to generate. It was one of the best purchases of the year, so I want to share it with you.

The Maxi Dryer, or one of its lookalikes, is basically a tube looking, circular dryer. You hang clothes up on hangers and put the cover over them. Set the dryer for up to three hours, and go about your day.

Now, there are two things an air dryer is not:

An air dryer is not a tumble dryer

An air dryer is not a football or a climbing frame. Nor is it art.

It doesn’t like being climbed on, kicked about or otherwise used as a toy. I’m about to replace mine because my youngest thought it would be cool to sit on, and broke one of the legs. It’s also not particularly pretty, and as it’s bright blue, it doesn’t exactly blend in.

But here are the things that an air dryer is…

An air dryer is an AIR dryer

It takes warm-ish air and circulates it around the cocoon, basically simulating a warm breeze.

For my family of three, we have a load every two days or so. I can do a load or two of children’s clothing and hang them up on hangers which are placed inside the dry buddy. On the days I’m not doing children’s laundry, I can generally dry two or three days worth of clothes, and then on the ‘other’ days, I do towels and bedding. A sheet can be hung over the whole frame (under the cover) and dries fairly quickly in a single or double layer. Basically, I use the dryer for all my drying. Some things – like jeans – take longer than three hours. 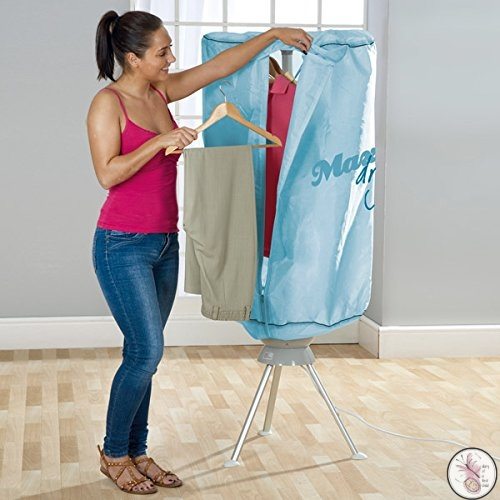 So does drying clothes on a radiator. You can open a window to let the moisture out or use a moisture absorber – they seem to work well for me.

An air dryer heats your house for you

Well, sort of. It heats the room it’s in, while it’s on. I find I can keep the heating off during the day if I have the air dryer in the rooms we’re ‘living’ in – the kitchen and the playroom. It’s a little noisy – like having an extractor fan on all the time – but you get used to it, and soon don’t notice it anyway.  It does help keep the heating bills down though, I can’t deny that. 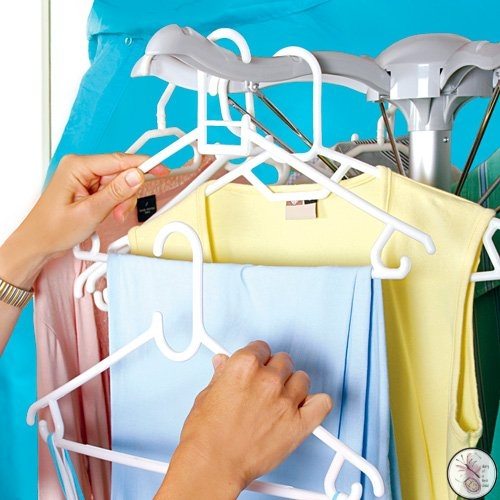 Maybe it’s just me, but after three or four days the clothes that haven’t dried yet, start smelling. So then I wash them again. And so the cycle goes, for six months of cold weather. With the air dryer, however, things are normally dry in three to six hours. It’s not the same as hanging them on the line in the blistering sun and having them dry half an hour later, but for £40 – £80 … it’s not a bad second place. 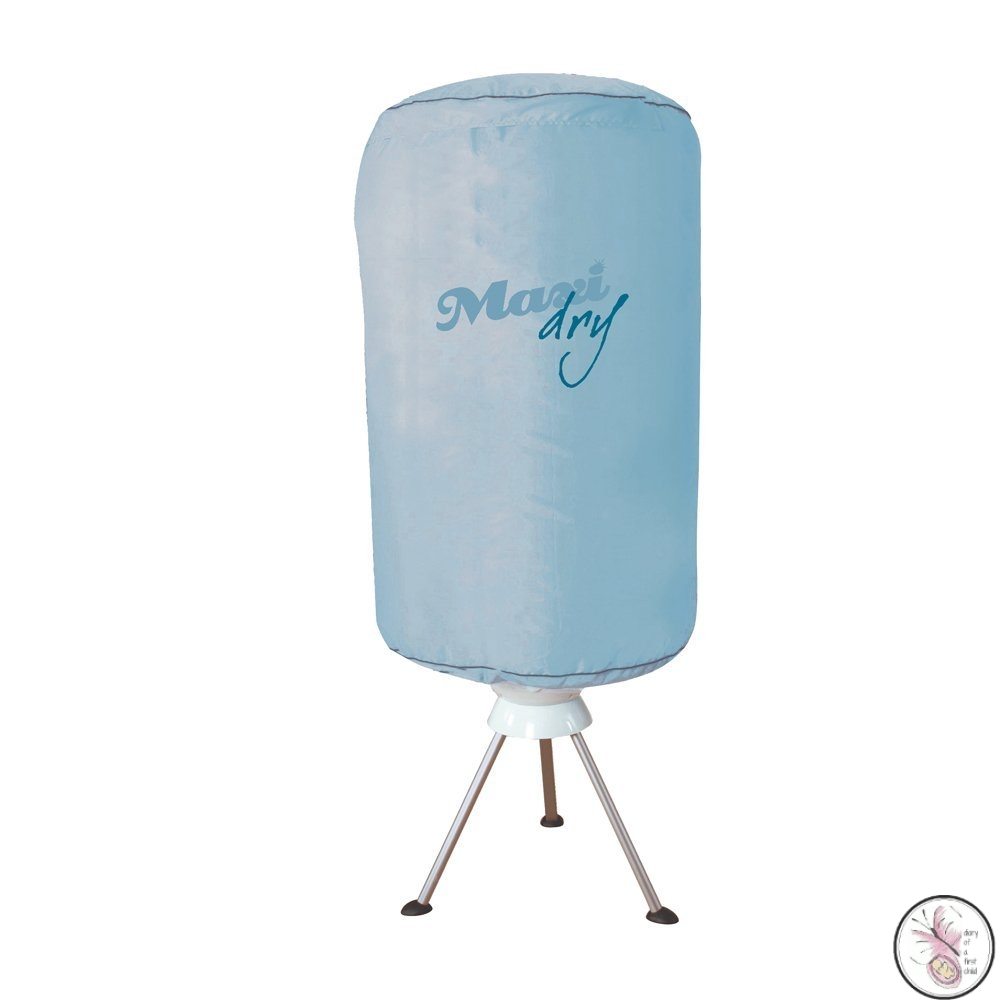 Lastly, whenever I tell people about this dryer, they ask me about the risk of the dryer melting the hangers. That isn’t a problem. The dryer doesn’t get so hot as to melt plastic hangers. Like I said – warm breeze. It means clothes can come out of the dryer onto hangers. It won’t iron and press your clothes, if that’s what you’re used to, they’ll look like they’ve just come off the line, but I buy clothes that don’t need ironing anyway, so that’s not a biggy for me.

We had the Maxi Dry which has a 900W motor. We’re replacing now, and I think I’ll go for the JML Dri Buddi this time, as it has a 1200W motor, which seems like a good idea at the start of another winter.