There’s no denying that winter is upon us and my Southern Hemisphere blood just hasn’t become accustomed to these cold winters – even 13 years later! – so trips to the park and walks on the beach are kept for special occasions rather than lazy days! Of course the young ones still want something to do with their time, so I like to have a collection of board games on hand to keep them busy on rainy, cold days.  The latest addition to our board game repertoire is Googly Eyes from University Games. 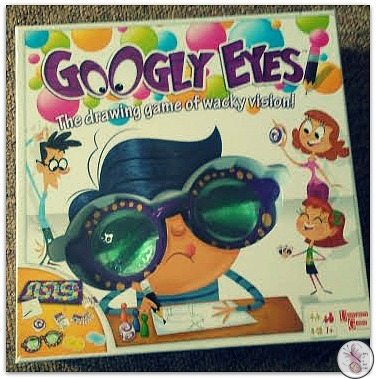 Googly Eyes works on a familiar theme: drawing pictures that the rest of your team have to guess.

The rules for Googly Eyes are simple: Just roll the die and move the requisite number of spaces. The colour you land on tells you which colour lenses to use. Once you have your lenses in place, pick a card, set the timer, and start drawing. If your team guesses correctly you get to roll and move again; if not, then you stay where you are on the board.

There are three different colours of lenses – yellow, blue and green, and the lenses make it hard, harder and hardest to get your picture drawn.

You need at least four players to play, for two teams each, but as we were playing with a 4 year old, we adapted the rules a little – for one thing we didn’t stick very closely to the 15, 30 or 45 seconds drawing time. We also allowed the opposite team (my sister) to help her a little. Let’s just say it wasn’t a particularly ‘to-the-death’ game.

I do look forward to being able to play it ‘properly’ one day. 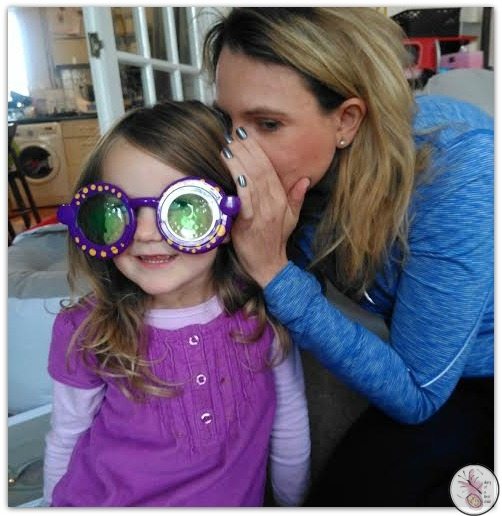 I also thought that in terms of games of the Pictionary genre, this one is good for kids for two reasons: it can be easily adapted to an oral game (describe the thing, rather than draw it) and it doesn’t take too long. With rounds taking 15 – 45 seconds, and moves anywhere from 1 – 6 spaces, the game takes about 20 – 30 minutes which seems about the right amount of time for a game for young children before they get too bored by it. 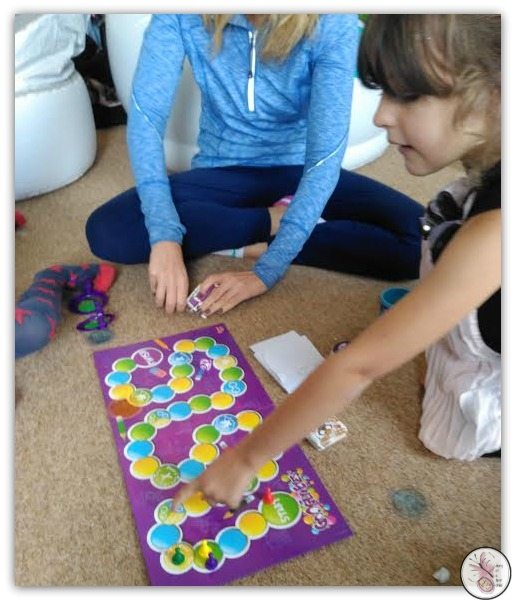 The lenses do definitely make the game harder, it’s almost impossible to even figure out what you’re drawing with the hardest lenses, which if you’re not confident in the art of drawing – like me – can be quite frustrating. Match that to a 15 or so second time limit (for the easier levels) it’s quite challenging. It’s good though because it makes it more challenging for players, but can again be adapted without for smaller players.

The glasses need some getting used to switching out and I would have preferred if they came as ready-made glasses (so three glasses per game), rather than having to switch out the lenses all the time, but that’s just a small niggle.  I’m also not sure why you have to stick stickers on the dice yourself, rather than just having a ready-made dice included.

For the rest, the board quality is great, the tokens and glasses are good, and all in, the game provides hours of fun and decent quality family time.

University Games has an RRP of £19.99 and is available from Amazon and other games retailers.

We were provided this game free in exchange for an honest review. Thoughts and opinions are my own and those of my children.