My four-year-old has suddenly cottoned on to the idea of Christmas stockings. Whereas in the past they have been purely decorative parts of Christmas, this year she’s insistent that they will be filled with gifts flowing freely from the bounty of the North Pole, and that Santa himself is going to fill them – she even suggested we keep them downstairs so that the big man doesn’t have to waste time heading up the stairs after dropping the gifts off in the living room. How considerate of her.

I tried to explain to her that historically, the stocking would contain an orange because ‘in the olden days’ oranges were a rare treat that only rich people could eat regularly. (Or there’s the version that said Saint Nick heard of a man with three daughters who couldn’t afford their dowry, so he threw some gold down the chimney and it happened to land in their stockings set out by the fire to dry, so now we put oranges in stockings to symbolise the gold the generous St. Nick gifted) But aside from not believing me, she is not at all interested in this version of a Christmas stocking. No, you see, her stocking will be overflowing with sweets.

I am of a mind to buy her a much smaller stocking. 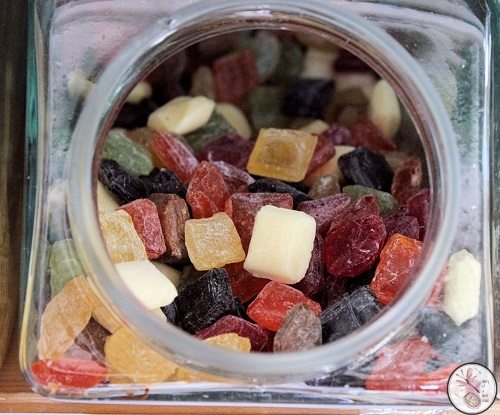 But it has led me to thinking about ways that we can both survive this stocking-gate with both happy memories and good cheer intact.

I thought perhaps I can incorporate some old world charm into the stocking: rather than fill it with gelatinous product that makes her bounce off the walls, give her some traditional sweet jars! A few little jars, with ribbons and bows, filled with those sweets some of us may remember from our own childhoods – fruit candy rock, bon bons, chocolate caramels, raspberry ruffles, rose and violet creams…

At least that’s one way to make sure you bring some meaning and memory to the stocking, rather than just filling it with random tat that will probably end up in the rubbish by new year!

All the added sugar will hopefully encourage us all to get outside too, and no matter what she thinks, I will most certainly still be adding an easy peel orange in there too!

6 Kid-Friendly Choices for Your Trip to NYC
10 Ways to Enhance Your Writing in College
In Celebration…
How Do You Name Your Baby?