Continuing on the theme of what’s turned out to be a crazy amount of dolls lately, we recently received a Mini Jewel Sparkles Lalaloopsy doll, and since we only received (and expected to receive) one, there were tears in the house! 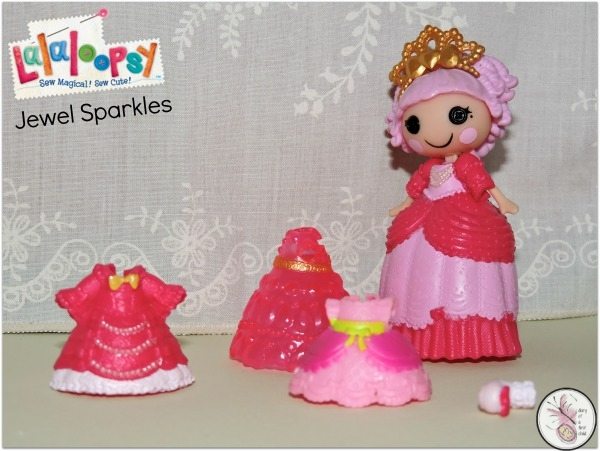 About the Netflix Lalaloopsy Series

The 13 double episodes are 22 minutes long. In the episodes you can follow the incredible misadventures of six creative friends and their silly pets as they navigate a uniquely extraordinary world. The friends can weather anything with their magical creativity and by sharing their individual talents.

About the Lalaloopsy Dolls 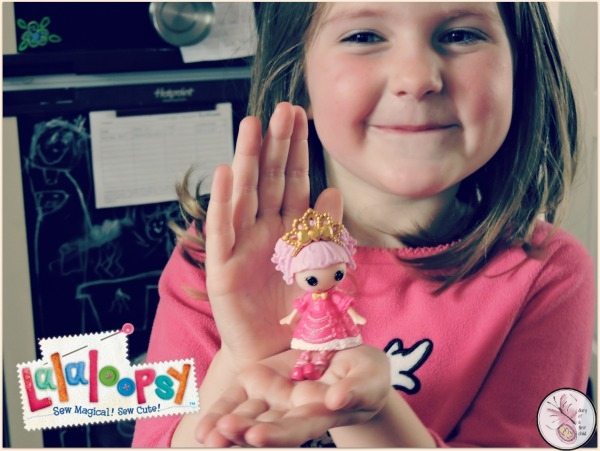 We went for Jewel Sparkles, because she’s all about the pink, which Aviya is, and she shares a ‘sewn’ date with Aviya’s birthday. I was surprised to receive a tiny little doll. I guess the ‘mini’ didn’t register, so she is small, and not suitable for very small children. She has the body of a ragdoll, though plastic, which is quite unusual in appearance, and she can’t stand on her own, though she can when she’s wearing her removable plastic dress.

Jewel Sparkles comes with the colour-change dress and two spares, a pair of tiny shoes, a sceptre and a removable crown. The only problem with all these tiny bits is that they go missing quickly! 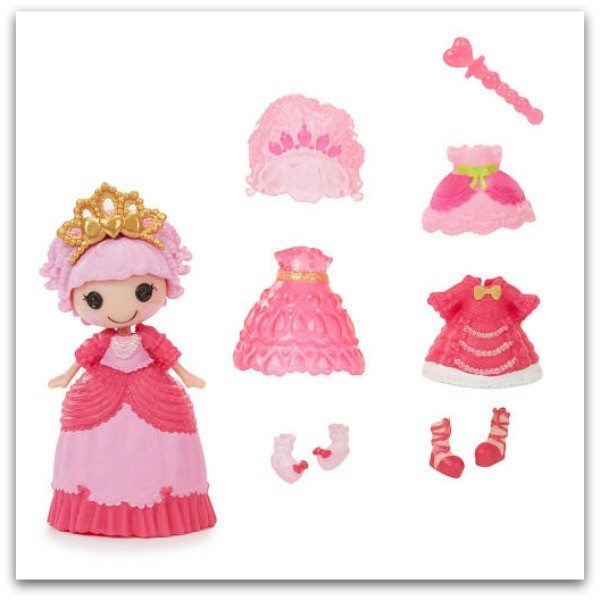 The dresses are plastic so they slide onto the body without needing any fixings for opening or closing, so that’s a good thing.

These are very cute little dolls, and they are fantastic little ‘add-on’ style gifts. They’d be great for travel toys if your child’s not inclined to drop things and lose them, but more so because at £5 (at the time of posting they’re £4 at The Entertainer*) they don’t break the bank.