It’s a rainy day here in my corner of the world, in the middle of a rainy week. Normally we don’t let a little water hold us back, but as it happens, this mama is also very unwell right now, so it’s the perfect time for a duvet day or three. 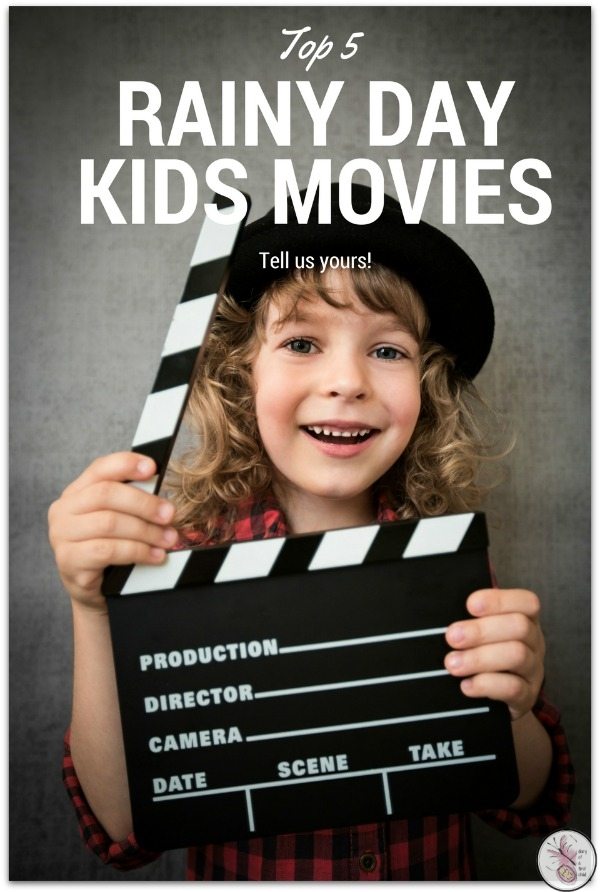 Asking the children what their top 5 children’s movies are was quite a discussion, but here are a mixture of their favourites:

This big-budget animated blockbuster was released way back in 1994 — and is now being discovered by a whole new generation of kids. The movie tells the story of Simba, a young lion, and features a cast of beloved characters. The Lion King has generated millions of dollars at the box office and has even been turned into a popular stage musical.

Disney’s Frozen is one of the most successful kid’s movies of all time, with a sing-a-long soundtrack and a whole range of merchandise. Frozen is a cultural phenomenon, inspiring young children the world over. “Let It Go,” a song that features in the film, is a massive chart success, too, and is one of the most successful soundtrack singles in history… but my guess is you knew that already, and will now be singing it the rest of the day!

The Wizard of Oz was released in 1939 but hasn’t lost any of its cultural impact. Featuring an all-star cast, the movie is frequently cited as one of the best family movies of all time. Set in Kansas, the Wizard of Oz tells the story of young Dorothy who visits the magical kingdom of Oz. And there’s a host of spin-offs around that the kids love too.

Toy Story pioneered the animation genre and is famous for its lifelike characters — an ensemble cast of toys that come to life. Toy Story is one of the most successful children’s flicks ever and the franchise has spawned remakes and loads of merchandise. And they love a variety of films similar to Toy Story too – check out some of those over on whichmovienext .com.

5. The Beauty and the Beast

The Beauty and the Beast was a major commercial and critical success when it was released in the 1990s. The animated movie features a popular musical soundtrack, too. Recently, a live movie adaption of Beauty and the Beast was released, which played to packed out audiences in cinemas around the world. If you have seen all of these movies then don’t worry there are loads more films like these.

Other movies that made their top ten list are The Games Maker, Wreck-It Ralph, Despicable Me, Narnia and Trolls!

What are your top kids’ movies?

A new life, a new blog
Best Of The Best From The Natural Parents Network Volunteers
5 Winter Skincare Tips For Kids
Money On My Mind