Ameli turned five a little while back and wanted a Trolls party. There’s so much you can do with a big budget, but when you only have a tiny budget and a small party, you have to be a little creative!  Here’s a few of my favourite bits from our Trolls Party on a budget. 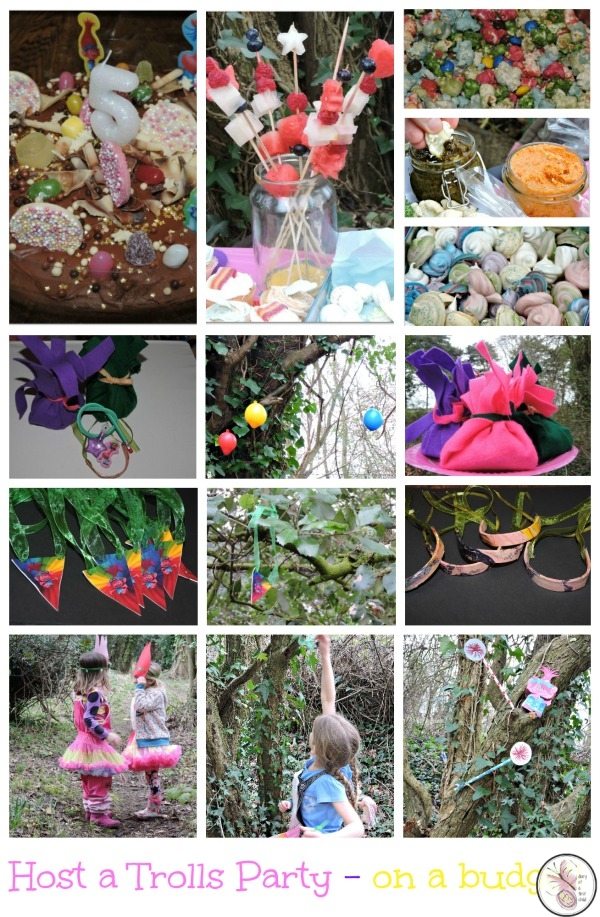 One easy way to make a Trolls party pop is by using lots of colour! The brighter the better! 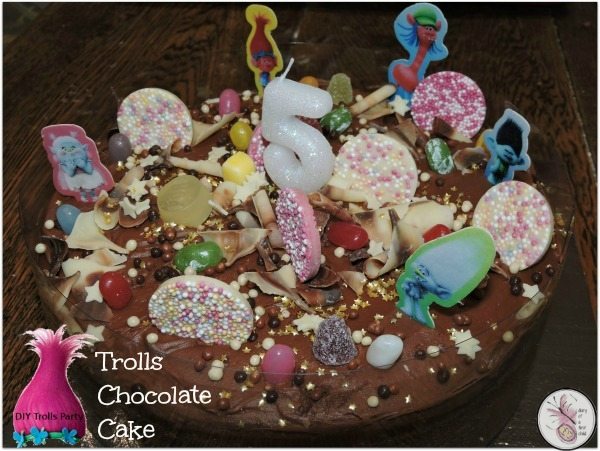 I have a dreadful oven at the moment that simply can’t bake a cake, so I bought a regular chocolate cake, and a cup of pick & mix sweets which I used to decorate the cake. I also topped it with rice paper Trolls characters. There are loads of different buying options, but I’m happy to pay a little more for ready-cut ones, not only because it saves time and effort, but because cutting rice paper can cause some to be torn! (Here’s a US link for them) 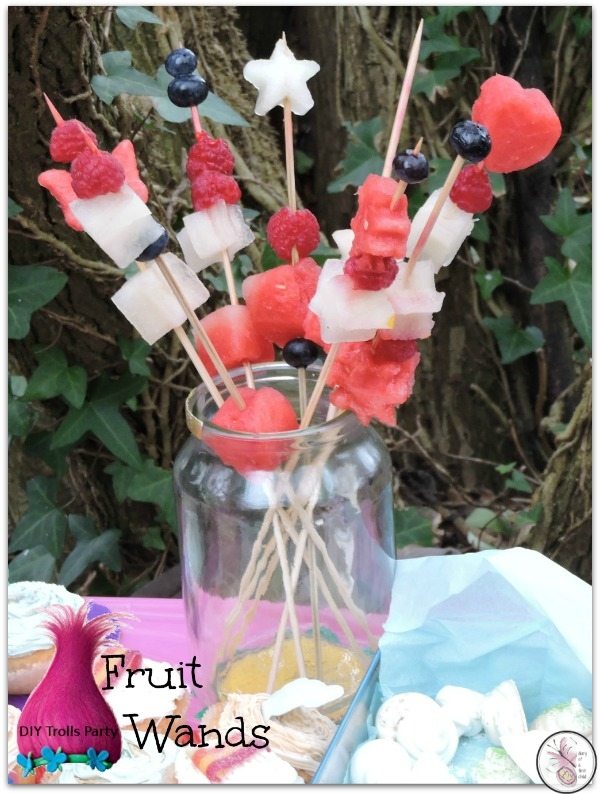 The fruit wands were really just to add colour, and if the party were more seasonally appropriate, I’d have added pineapple and kiwi as well, to add more colours. I love the Pop Chef – it’s fantastic for making quick and easy shapes from many things, including fruit! (US link here) 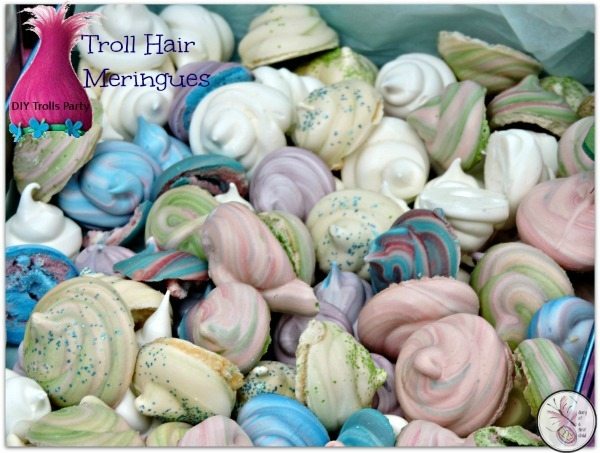 I just love meringues. They are so simple and so tasty, and so very adaptable! Here they make fantastic troll heads! 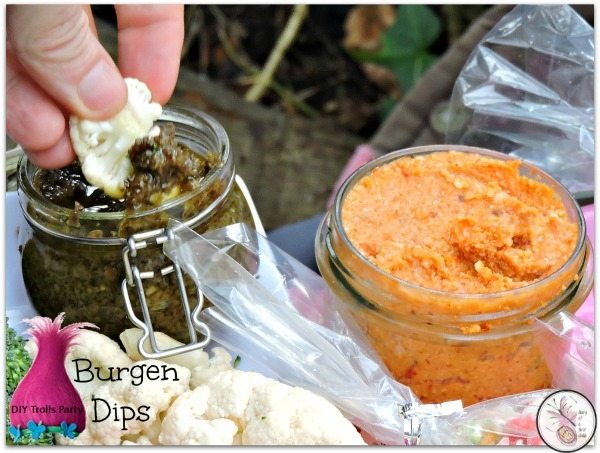 The Burgen Dips were such a surprise. I made two tiny jars of dips and a platter of vegetables, expecting that to be what was left on the table, but I’d risk saying that the “mashed burgens” were the hit of the food table! The two pepper dip  and black olive tapenade were definitely the winners! 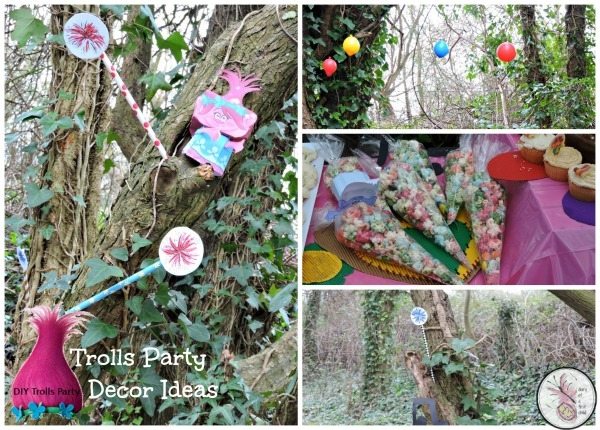 I also made scrapbook designs (hearts and flowers like in the movie) for the table decorations – you can just about see them in the middle image above. Annoyingly I didn’t take direct photos of them. 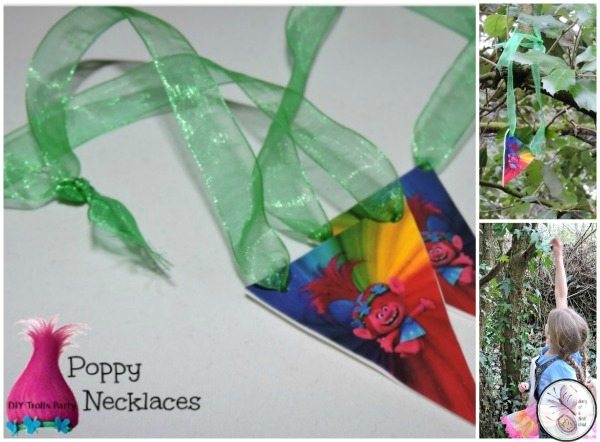 Aviya’s favourite part of a party is a game of pass the parcel, and rather than sweets in the parcel, I put erasers – themed, of course! Trolls erasers come in packs of 11 or 12 (16 in the US). 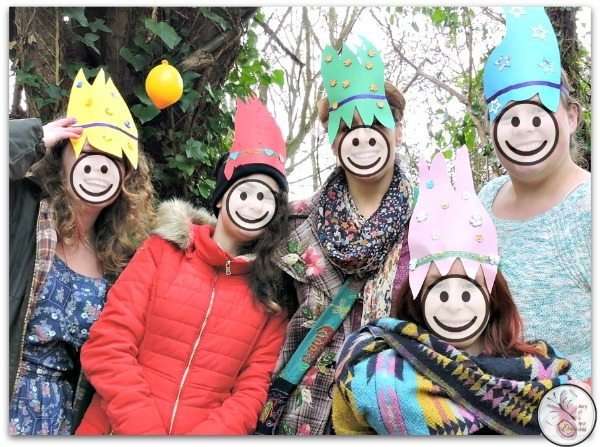 I also drew and cut out trolls hair, threaded with ribbon, for each child, but of course the mum’s had to have a photo too!

Though it was still winter and there was a splattering of rain, we had the party in the forest, which seemed like a Troll-like thing to do. This pretty much offered the children all the entertainment they needed, so the two party games were enough.

For each goodie bag, I used an A4 sheet of felt, folded in half, then cut half way on each side. Place the goodies in the middle and bring up the edges and tie them as a hair ribbon in the middle.

So what did our 5 year old think of this party? Well, I’d say you just have to look at her face for an answer to that: 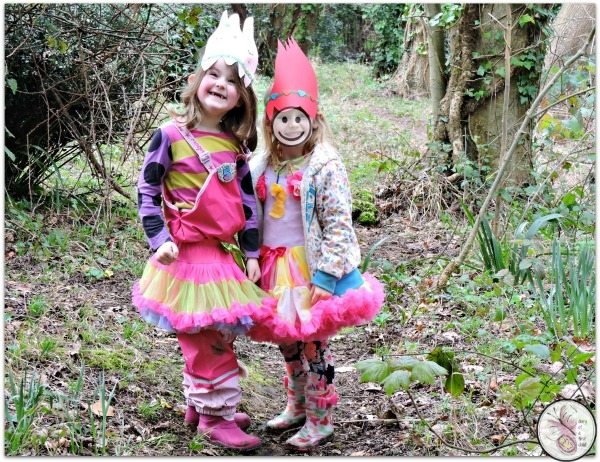 The Lion, The Witch And The Wardrobe: Narnia Party Games Ideas
How To Make Peter’s Narnia Shield
A Trolls Party On A Budget
Make Lucy’s Fire Flower Cordial For A Narnia Party