I, along with much of the rest of the world, went to see the new Beauty and the Beast starring Emma Watson on the weekend and I absolutely loved it. I found myself smiling through most of the movie – right up to the mass of villagers and their pitchforks descended on the castle, anyway.

While I think Luke Evans plays dangerous vapid vanity with frighting acuity, Emma Watson absolutely stole the show, as I’m sure she was supposed to, being the lead actress and all. I could honestly not imagine a better actor for the role of Belle, a headstrong, before her time, literate girl from a French village (with an exquisite peasant wardrobe! I’d dress like that all the time, if I could!)

If an actress brings something of herself into a role, Emma Watson is the perfect person for this. Alone up there (if I recall) among the Disney films that look at love as more than a physical attraction based on a your place in society – a beautiful maiden in one or another form of distress, and a prince – and it’s one of the few that place the female lead in the heroine role, so there are many reasons to love this story, original or new.

Something I thoroughly appreciated in the new film, however, was how reminiscent, but better, it was of the original, with similar dream like sequences and choreographies. It harked back to the original so much, yet was so enhanced and just beautiful. Everything about it was beautiful. I walked out of the cinema thoroughly inspired. 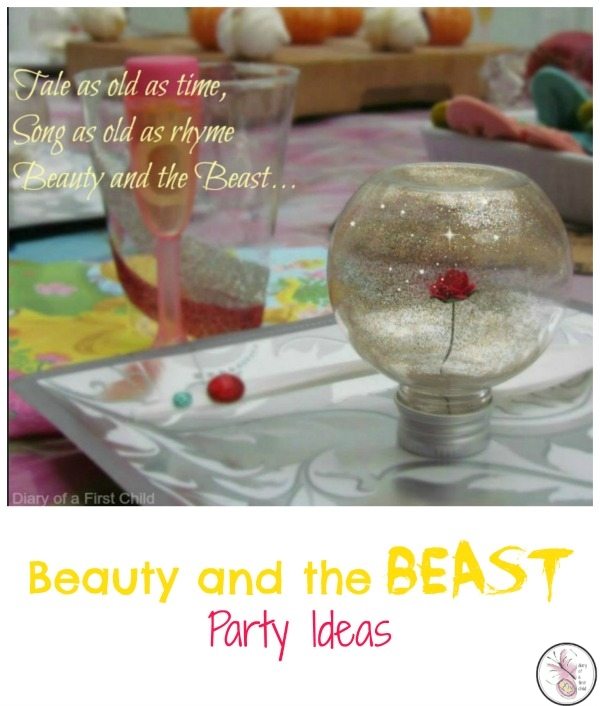 So here are some of the best party ideas I’ve found, but I expect there’ll be many new, fresh ideas coming out as the new Beauty and the Beast fanbase grows!