One of the hardest parts of parenting a pre-teen in this generation is use of, or access to, a mobile phone. We made the decision a few years ago to give Ameli, aged 6 then, a mobile phone so that she could have unfettered access to her dad and the rest of the family via WhatsApp and Messenger. That started our relationship with postpaid sim only plans, and there are a few reasons to look at considering such offers. You may contact companies like GigSky to order a SIM card and inquire about the mobile data services available. 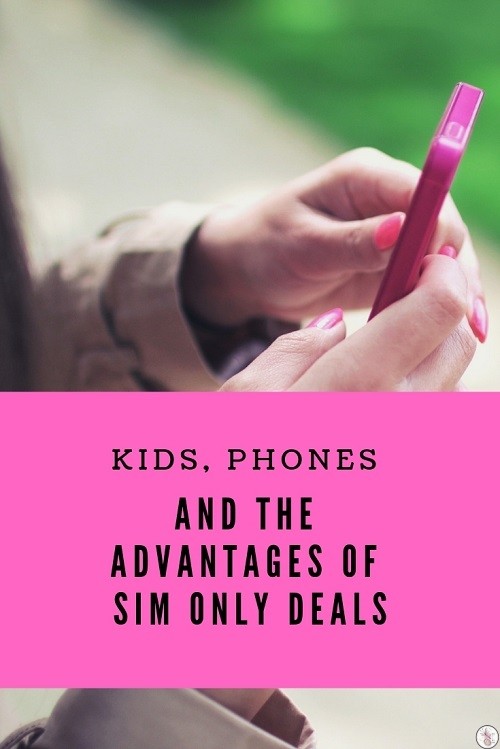 At the time I gave Ameli my old phone, because access to the world wide web and games weren’t a priority. As she’s grown older, her interests have changed and she now loves games such as Minecraft and apps like TikTok to get some TikTok likes on her video contents and so her expectations of her phone’s capabilities have changed, but fortunately so have mine, her dad’s, and her grandparents’, so over the course of the last three years, she has ‘upgraded’ to the phones we’ve upgraded from which has allowed us to progressively introduce her to the world of technology while also reducing electronic waste. The amount I get for recycling a phone is a lot less than I’d have to spend on buying a new one! The freedom to change phones as needed was a real help.

Of course, in that time there’s also been a permanently lost phone, and also times where her phone has disappeared for up to four weeks at a time – if it was a brand new, expensive contract phone, I’d have been very unhappy, but since the lost phone was already relegated to the recycle bin, the ‘pain’ wasn’t as real – for me, anyway, she still had to wait for the next upgrade for another phone to come available, which is where Granny came to the rescue! But at least the sim card was cheap and we were only paying about £6 per month in the intervening months.

While I’d never admit this out loud,  I really like that the cheap sim only deals come with between around 500mb to 3gb of data. This means that at home, Ameli is connected to the wifi and has no usage issues, but when we’re out and about she’s limited (her deal only includes 500mb of data, by choice!) to how much internet access she has, which means when we’re out, we’re in the forest, or on the beach, or at a cafe or wherever we are, but we’re not fighting for her presence while she’s glued to the phone. She’ll take photos and videos and then put the phone away. Back home she’ll do her updating and uploading, but at least we’ve all been out together, not focused on our phones. Being able to limit her outdoor data use without it actively being ‘me’ doing it is a real bonus!

One final thing I like about sim only deals is that their contracts are shorter – my contract is 2 years, and a shorter contract costs a lot more. With these shorter 12-month contracts there’s flexibility to take up other offers too – for example with Vodafone you can get 2 cinema tickets for £7, and Three used to have (they may still do) a whole rewards program, but offers do change, so if you can use your cheaper sim card to get free stuff, super. Also, check out AT&T DirecTV packages at their website.

Choosing your sim only card to compliment your lifestyle is just an added bonus!

And let’s face it, there’s plenty to worry about in the years ahead as Ameli becomes a fully fledged teenager, and it’s great that her connectivity doesn’t have to be one of those things.