Autumn is one of my favourite seasons for encouraging the kids outdoors. The days are still warm, and the evenings draw in a little earlier, so if we’re out just as the day is turning to dusk we can catch a little bit of the birds going to bed, and the nocturnal life waking up.  Aside from that, there’s just so much to see in nature at this time of year – we can pick a dinner of blackberries, and here and there a mushroom we recognise, and we can explore a plethora of seeds, critters and trees as they change into their winter wardrobe.  I’ve always loved our little microscope that can go on adventures with us, but recently we’ve also been using the Huckleberry Bug Box. 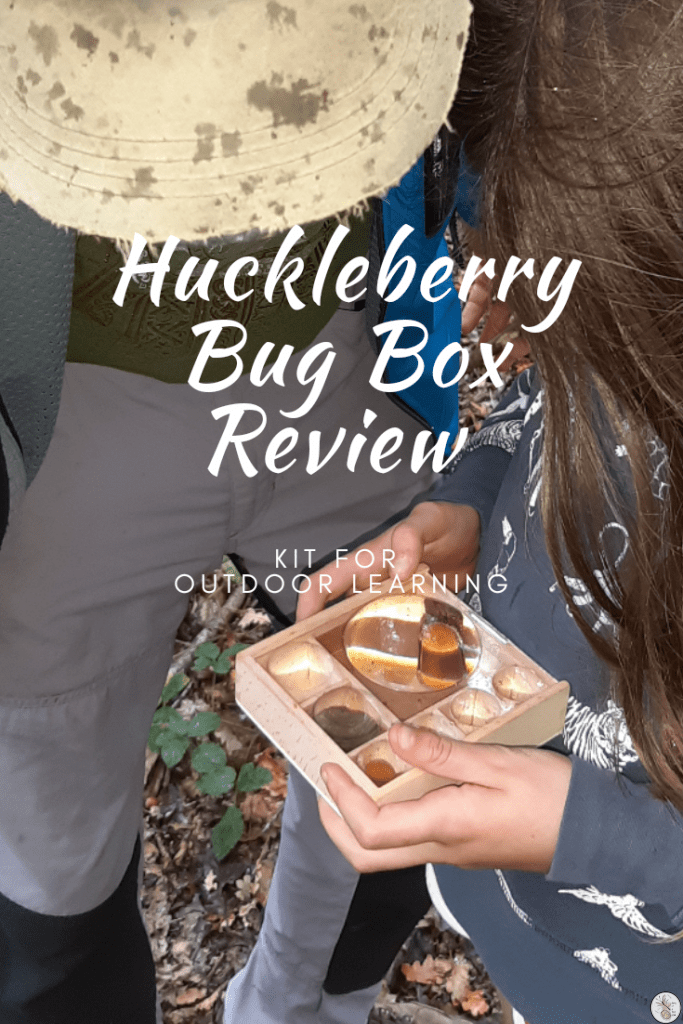 What is the Huckleberry Bug Box?

The Huckleberry Bug Box is a square wooden box with a plastic sliding lid. It has seven compartments in the box topped by seven built-in magifying lenses that allow you to take a closer look at all the little bits you pick up in the woods or on the beach. The compartments vary in size, and with it the magnifying lenses do too – the large one gives a 7x magnification, the two medium squares give 5x magnification and the four small compartments offer 2x magnification. The set is made from beechwood, plywood and acrylic and comes in a low-packaging paper/cardboard box. It’s rather quite gorgeous. 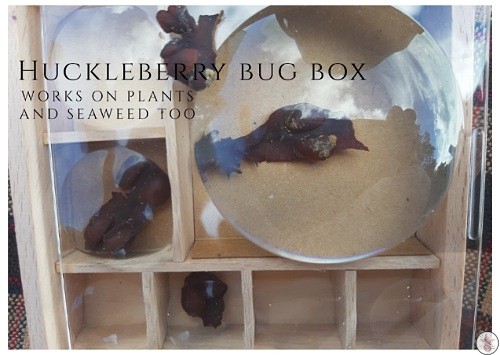 How do you use the Huckleberry Bug Box?

It’s really easy. Find bugs, seeds, grains of sand, fruit etc and put them in the compartments. Slide the lid on and look at the magnified contents, and when you’re done, slide the lid off and release what was in it. Simples. The box comes with two images printed on cardboard. We flipped those around to ‘protect’ the inside of those two compartments so we were able to put blackberries and seaweed into those compartments and not worry about staining the box itself, which I thought was pretty genius. We did also find that by not putting the lid back on, but keeping it a little further away from the objects, it made a greater magnification. 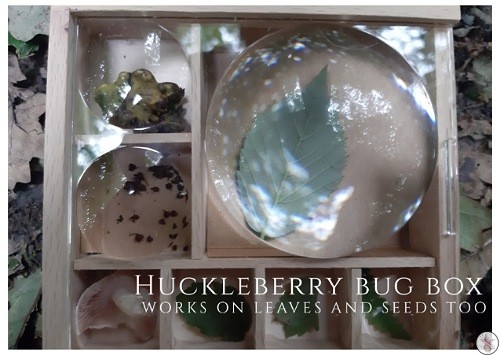 Who is the Huckleberry Bug Box for?

The Huckleberry Bug Box is ideal for anyone who likes to explore in the outdoors, but I do think it’s particularly good for groups of children, or smaller children. We sometimes use our microscope, which I do love, but it works better with just the two girls – if there were more it would take a long time for everyone to be able to ‘see’ what they want to magnify as only one person at a time can use it. I like the bug box because several people can use it at once, and you can look at a variety of different things at the same time too, which is pretty cool.

It’s also really good for smaller children as there are no small parts, no twisty or turny bits – it just is what it is. And also, with no small parts you don’t lose bits in the forest or on the beach!

I did also like the fact that we can actually put living things into the box, and return them when we’ve had a look. 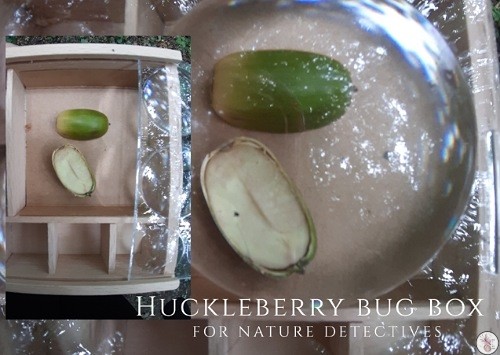 Who, where, how much?

The Huckleberry Bug Box is made by Kikkerland and sold and shipped around the world. Prices £14 to £20 depending on where you buy and where it’s being shipped to.

I think the Huckleberry Bug Box is a light, easy, simple, interactive bit of kit to have in your backpack. Ours goes to the forest and the beach with us, we use it for forest school sessions and sometimes just for personal exploration. It weighs next to nothing and doesn’t take up much space, and on top of that it is fairly hardy, so it lives happily in the daytrip backpack along with the portable tree swing.  It would make a great gift for lovers or creepy-crawlies and nature babies alike.

Tree Detectives’ Handbook For Tree Identification
Earth Day Books, Movies, Activities And Games For Children
What's that about a GCSE in Natural History?
Growing In The Outdoors: Plants And People