The saying goes that you get what you pay for and that’s rarely as true as it is with kitchen gadgets. There’s another saying that suggests that if you have the right tool for the job, whichever job it is, is easier. I think that’s really true for kitchen gadgets too and particularly so for the Joseph Joseph Folio Plus 8-piece Knife and Chopping Board Set . 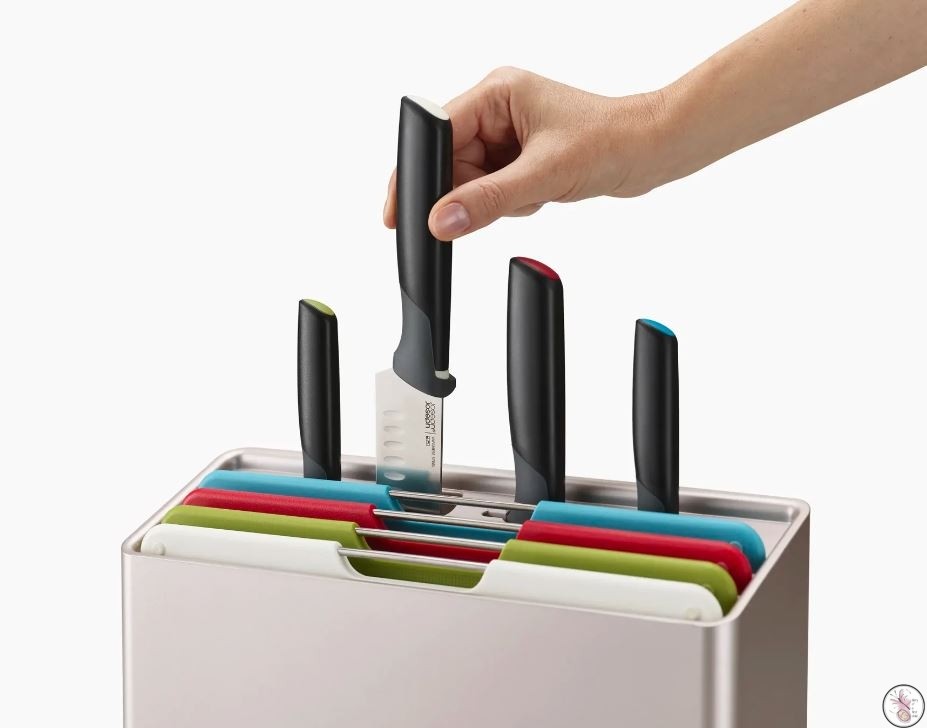 If you don’t know Joseph Joseph, they’re a superb household goods brand with innovative, space saving and functional, good quality items. I own a whisk and can opener already and have had and used them regularly for years – and they’re as good as they were the day they were bought. The recently acquired Folio Plus 8-piece Knife and Chopping Board Set is the latest addition to my kitchen counters. I won’t lie, you do pay a bit more for Joseph Joseph products, but you’re getting something you don’t have to replace nearly as often, so a bit of a bigger outlay will save you money in the long run.

The Folio Plus 8-piece Knife and Chopping Board Set consists of four knives – a pairing knife, serated knife, santoku knife and a chef’s knife as well as four chopping boards. The real win for these is that they come in a tiered, slimline case which fits beautifully on any kitchen counter. 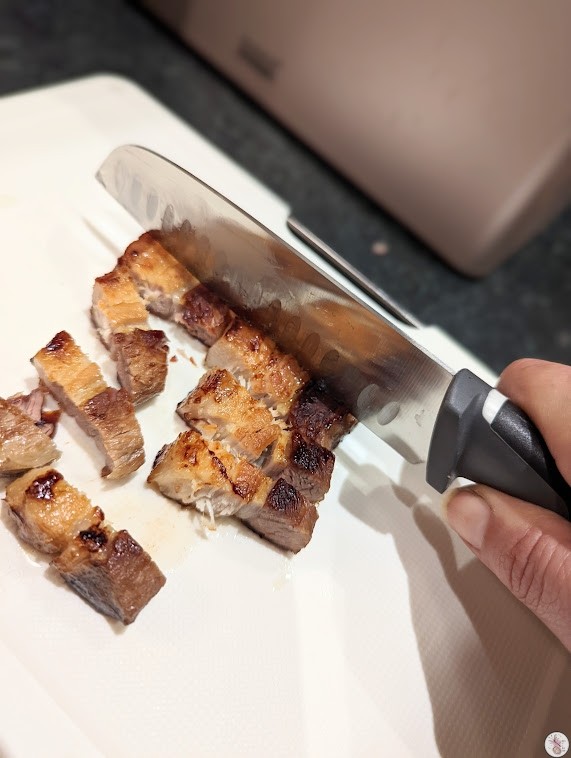 The knives have an ‘integrated tool rest’ which just means the handle is thicker on one side so that you can lay the knife on the counter without getting food residue left all over the counter. It raises it enough to keep your counters clean – so long as what you’re cutting isn’t very drippy!

The chopping boards are double-sided and each side has non-slip feet. They’re knife-friendly, and I have no idea what that means, but while these knives are really sharp, they don’t cut holes in the surfaces (they do mark a little, but… it’s a chopping board) – like they will do through a silicone pan if you try to cut your cake in the pan – don’t do that! They also have a steel ‘handle’ bit which means you can easily lift them out of the case even one handed. These chopping boards aren’t colour coded like some of their other sets, but for most kitchens that doesn’t matter. We have a vegetarian in the house and it’s easy enough to remember that he gets the green chopping board. 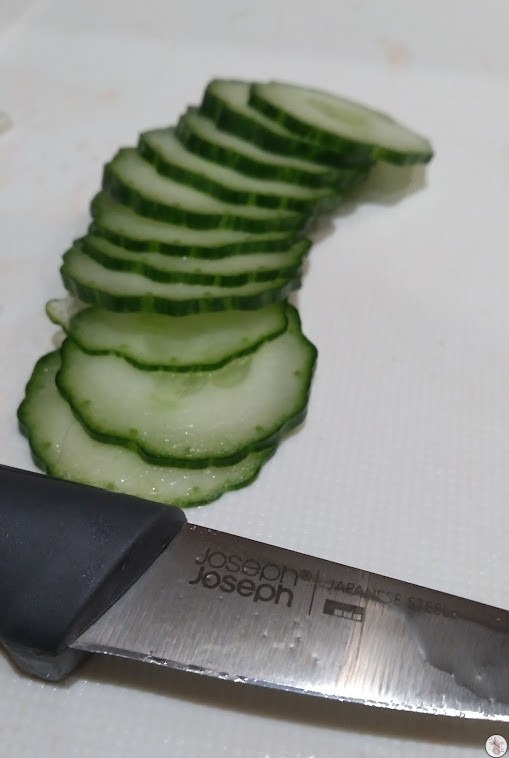 The blades themselves are Japanese stainless steel – and did I mention they were sharp? Cutting through vegetables is like cutting through jelly. You can slice through tomoatoes without squishing them. I was dead impressed with that and we’ve been eating a lot of tomatoes recently as a result – no juice squeezed out in the attempt to cut the tomatoes. Brilliant. The chef’s knife – I’ve always known it as a cleaver – cuts through meat like… well, a hot knife through butter. It’s a beautiful experience.

The case itself has slits underneath so that any remaining dampness on the boards can drain off – preventing bacterial growth, I’d imagine.

It also looks really nice, clean, swish and classy. It’s a lovely set and I have thoroughly enjoyed using it in my daily cook-a-thon… I cater to four different diets at each mealtime, so having tools I like to use is important to us all getting fed and these are definitely the right tools for the job.

The knife set costs £99 at Joseph Joseph, though I note that at the time of writing there’s 11% off on Amazon, making them £88.