The last two weeks have been surreal. I can’t think of any other way to describe it, really.

The first week passed in a strange sort of haze.  We went to sleep around 06:00 the day Ameli was born, and I slept with her next to me on one side, Martin on the other. I woke up around 10:00 and lay staring at my little girl for a while. It didn’t seem real, yet it seemed the most natural and obvious thing in my life.  I couldn’t begin to break down the week that followed.

I know that Martin was wonderful with his daughter, and I know that my parents were so supportive. I know that meals appeared in front of me a number of times a day and that I’ve never had so many emails and text messages in one week, yet I don’t think I’ve replied to half of them, cause I don’t remember who I’ve contacted or not.  I know that we bathed Ameli in a baby bath on day three (leaving the vernix on her to protect her skin as long as possible) and that having my mom around to help with the practicalities was the biggest blessing to us.  When we were exhausted and just needed more sleep we were able to hand Ameli to my folks and they looked after her, they made sure we ate, had clean clothes and bedding and didn’t have to think about dishes. 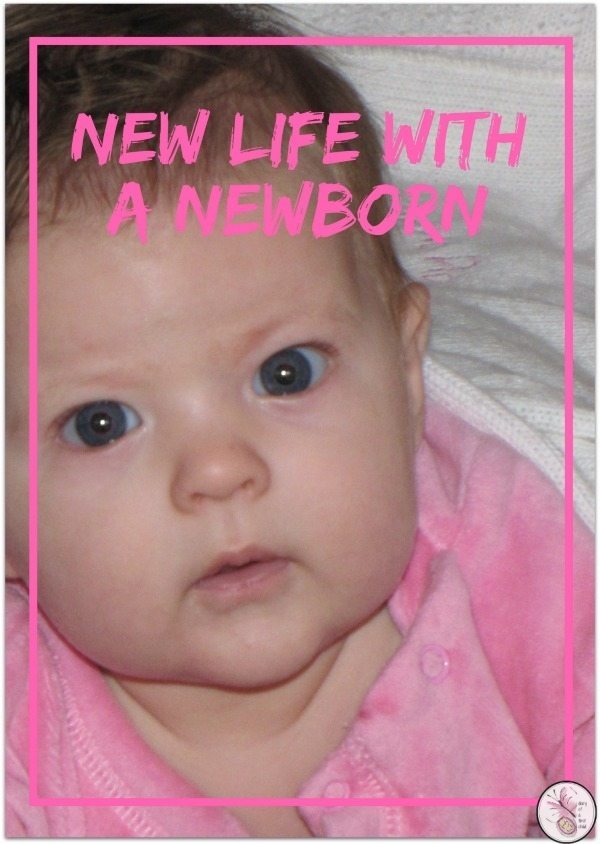 My sister and her boyfriend were with us for Ameli’s first three days, and they were amazing with her. Deshaine went shopping for some ‘girlie’ clothes on the Monday and Ameli’s been wearing them most of the time – just as well as everything else we had was way too big for her!

Every now and then though, I feel totally awed. I sometimes feel completely bowled over by her, she’s so amazing, a whole person in a tiny body, and I’m knocked out by how much I love her.  It struck me today that biology is amazing, and the whole of human creation, Divine. As a busy, intelligent woman, pre- baby, it makes sense to me that logically speaking, spending five or six hours a day breastfeeding could become a boring and frustrating activity, yet feeding releases the ‘love hormone’ oxytocin, so that I spend most of that time just stroking or looking at my daughter, feeling the awe, and falling deeper and deeper in love with her.

Someone asked me how my life has changed, and although apart from not going to work I don’t really feel that anything has changed, I guess the truth is everything has changed, because I barely recall a life before Ameli.  In fact, Martin was looking for some money and I told him to look in my handbag. He came back with the cash and said I guess you know life has changed forever when you carry a nappy in your handbag. It’s true, I suppose. And it’s totally worth it. When her eyes meet mine, when her hand grips my finger, when she falls asleep on my chest, when she cries and picking her up soothes her it’s worth it. Totally.

I still find myself staring at her, just watching her sleep. Or holding her hand, and just holding it. I can’t believe, sometimes , the beautiful baby we made.

The most amazing thing for me has been how natural everything has been. I was worried, before her birth, that I wouldn’t know what to do with her and there’s still a lot I’m totally lost in, but there’s so much that has come naturally. When she cries, I have a pretty good idea of why and I can fix it, I know how to hold her, change her, look after her, and it’s not been an effort. From the first time I held her, I’ve known her. That’s a beautiful thing. There are practical things, like swaddling, that I needed help with, but there’s a deeper level to this parenting thing and that, to me, came naturally.

I also can’t believe that anyone can do this alone. Good heavens. Having a young baby is hard work! She sleeps really well during the day, but even if she sleeps for a few hours, I seem to have no time for anything else.  It’s washing baby clothes, or washing the baby or expressing milk or feeding and it’s a never ending cycle! No sooner has she fed than she needs changing, and so it goes. I’m really lucky to have Martin at home a lot at the moment, as at least I can have a shower, or make a cup of coffee. Yesterday Martin was out for the day and it was only at 18:00 that I realised I hadn’t been to the loo since just after waking up!

I don’t know how single or very young parents do it. I take my hat off to them because they are stronger people than I am.  That said, I love this little girl.

A Birth Story
Books To Prepare Children For Childbirth, Homebirth Or Waterbirth
How To Turn A Back-To-Back, Transverse or Breech Baby
Things To Prepare For A Homebirth