I am really excited today! In a totally geeky kind of way. Let me explain…

I have always dabbled in natural, herbal medicines. Much to the worry of my highschool boyfriend’s mother, who, when I bought lavender oil for recurring headaches, told me that herbal medicines are sacrificed to false gods to give them their ‘healing power’.  Well, that was the kind of conservative Christian environment, and those were the beliefs, but I went ahead with my mass produced lavender remedy for the headaches that only then started going away.

(Might be worth inserting here that I am a Christian myself, and quite conservative too, morality wise, but I certainly don’t look for a devil behind every bush.)

So, back to the herbs. Over the years my interests have grown, but I’ve always been too busy, too broke, or too something else to really persue herbalism as a field of interest.

I discovered biochemical tissue salts, Kali.Phos specifically really helped a lot when I was studying to stay focused, and Kali.Mur is wonderful for my annual Bronchitis and Tonsilitis affliction.

I am also an avid fan of Bach Flower Essences, 38 remedies that go so far beyond just Rescue Remedy, which I swear by anyway. I’m pretty certain my labour and the first month of motherhood would have been a lot harder without my trusty bottle of RR! The other essences, though, deserve a look in all of their own.

In researching herbs for use in labour, I became more and more interested in the medicinal uses of culinary herbs. Fortunately, the internet has no shortage of information on this subject, and I have found some wonderful blogs by women who have really inspired me.

I have attributed the easy birth of my placenta to the herb ‘Angelica Root’ and even had ‘Shepherd’s Purse’ on hand, in case of heamoraging.

It’s also been two years now since I last undertook any formal studies, and I’ve been looking for something I could either build on to my degree, or something completely different – an area of interest, so to speak. 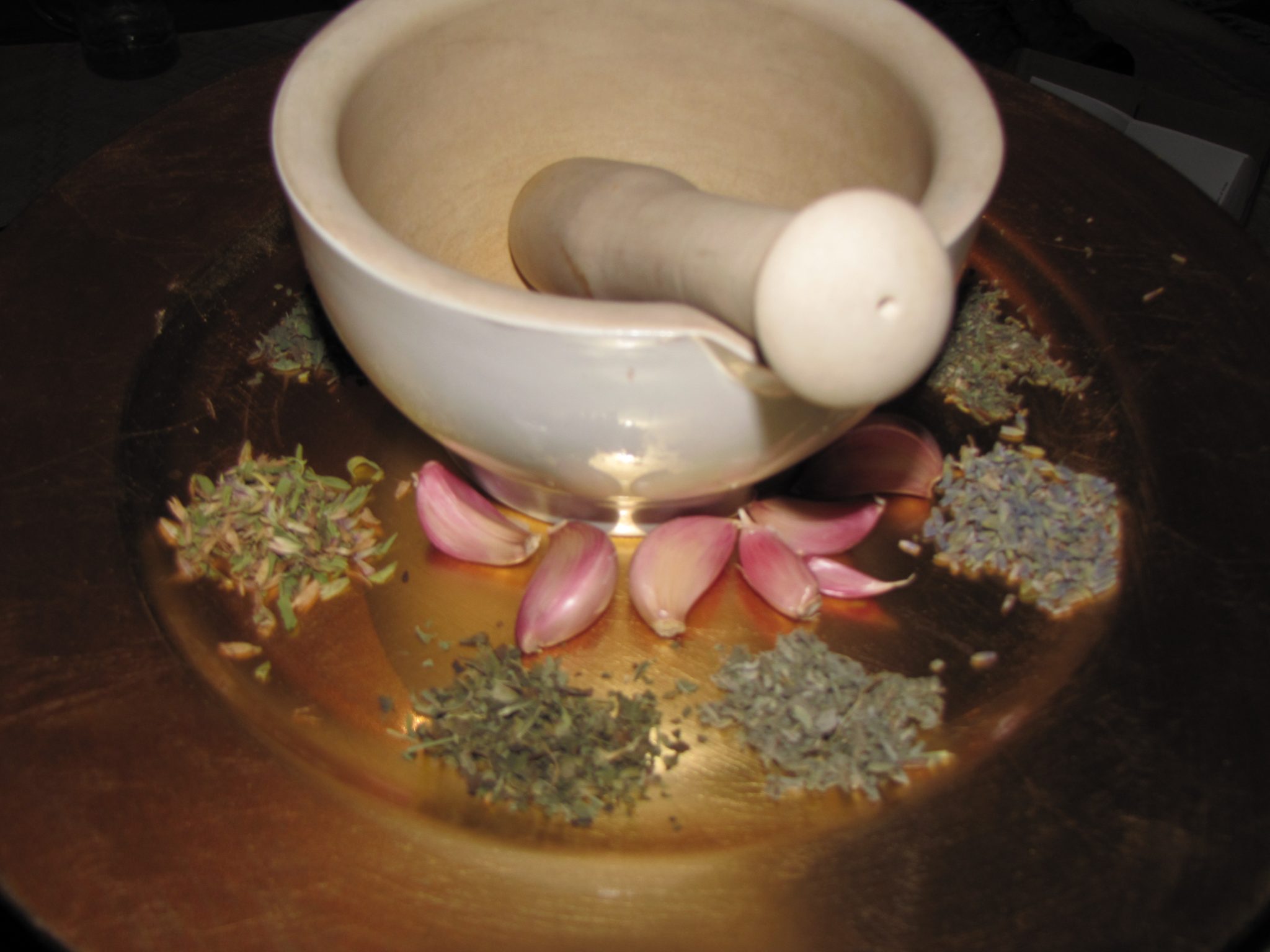 In doing research on herbs that can be used for colds and flu recently, I found a college that offer qualifications in herbalism, and I am now seriously considering doing a course. I can’t think of a better time to take an almost lifetime interest a little more seriously.

So, why I am excited? Well, a few weeks ago when I made the above decision, I decided that it was time to stock up my seriously empty herb cupboard, and order what I would consider a basic, “Make it through the winter’ kit, and today it all arrived.

The first thing I did was make something called ‘Four Thieves Vinegar’, so called allegedly, after the four thieves who pilaged the homes of Plague victims but were not affected by the Plague themselves. When they were eventually captured, they would have been put to death for their looting, but were instead given their lives in return for their secret.  Following is the recipe which is still used as an disinfectant in France today. (I originally found this on my favourite blog, which was one of the reasons I started blogging, Earth Mama, but variations are available online):

1.  Place the herbs in a large sterile jar and top with the cider vinegar.
2.  Cover tightly and leave in a cupboard for six weeks, till it’s well infused
3.  Strain off the herbs and garlic and use the vinegar as needed.

This vinegar can be used as salad dressing, or in place of other condiments, or can be put in a spray bottle as disinfectant. It can also be used in the bath for all over body protection.

Should you Google Four Thieves Vinegar, however, you would be forgiven for thinking my ex-boyfriends’ mom had a point – FTV comes up as a protective ingredient for witches and spells. But personally, I think the God given natural attributes in these herbs are magical enough.