Continuing on from the first post on natural childbirth: Natural Childbirth in Layman’s Terms, I’m going to talk now about the difference between a natural birth at home and a natural birth in hospital. Why is there a difference and what difference can it make to your birth experience?

I must remind you again that this is anecdotal, from my experience and that of women I know. However, I have researched everything I say. Sometimes I know where I read it and will reference, but sometimes I don’t.

The first thing to remember about doctors, midwives and hospitals is that they have rules, regulations and policies to adhere to.

The second thing to remember is that they are generally afraid, for good reason, of litigation.Â  They have to cover themselves as much as they are able.

The moment you step in to a hospital, you fall under the jurisdiction of that hospital and you need to abide by their policies. This was a massive part of why I did not want a hospital birth. If hospital policy is that you cannot eat or drink in labour, then you can not (or at least not without a fight). If their policy is to have you strapped to one of the hospital beds, then you’re strapped to the bed. Most hospitals I’ve come across have a 1cm per hour dilation rule. If you’re not dilating at that rate, they will say you are not progressing (called Failure to Progress or FTP) and that you need to be induced.

For me this means that I would have been induced about 30 hours before my baby was naturally and beautifully born.

The problem with induction is that it is an intervention, and one intervention will generally lead to another.Â  The more interventions you have, the more painful your labour. If you are induced you are more likely to need drugs to help with the pain, having drugs means you need to be coached to push, if you’re coached you generally either tear or need an episiotomy, or if you aren’t pushing â€˜right’, they’ll go in with ventouse or the forceps, and pull your baby out.

This can lead to huge medical complications for you down the line (such as incontinence) and makes your baby come out with a misshapen head (which rectifies itself eventually) and recognised ‘birth trauma’. If that doesn’t work, it’s an emergency c-section.

At the end of the day, the most important thing is that mother and baby are healthy and alive, but if you had an uncomplicated pregnancy and you are fit and healthy, wouldn’t you prefer a peaceful birth? 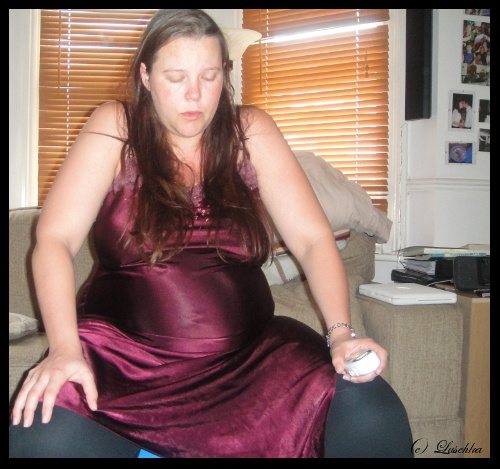 At a homebirth you are given a bit more flexibility. I didn’t call the midwife till I knew for certain I was in labour and the contractions were coming pretty strong and fast (about 28 hours in). I allowed her to do an internal check, but you don’t have to allow it. I was able to eat and drink what I needed when I needed it. I was able to sit, stand, lie, float, turn and do as I needed to, as was comfortable for me and what felt right for me and my baby.

People often say that they were just too hot in the birth pool in birth centres or hospitals and had to get out and give birth in a bed. I did experience that too, and asked for a fan to be put on me. I was told it would cool the water down too fast, but I knew I needed the fan, and I got it. That made a big difference to me.

The other reason home was great was because when my baby actually made her entrance to the world, there were six people already in the room: my husband by my side, my father and sister standing behind me (by my head), my mom and the midwife standing at my feet and myself (obviously!) In a hospital setting you can have any number of people around. In our antenatal class, I remember the teacher telling us that in one scenario (I think c-section) you can have 12 people in the room with you, with only your partner being related to you!

All that said, however, there are some hospitals now days that really do try to recreate that home feeling. I know one hospital that has â€˜themed’ rooms with a birth pool and a double bed and a basinet for mommy, daddy and baby to spend the night.Â  I know another hospital that has â€˜budget hotel styled accommodation’ too. So there are those that try to recreate the home feeling with a crash cart outside the door, but generally you’d have to go privately for that kind of service.

To close this section, here are some (loosely gleaned from Made in Water) facts about home births:

Homebirths make for an easier and less painful labour, since the mother is more relaxed. (Remember that fear or anxiety increases adrenalin, which suppresses oxytocin [the hormone that helps the birth progress] and endorphins [the feel good hormone] so that their levels drop, thereby increasing the experience of pain.)

There is less chance of intervention in a home birth as a woman is allowed to let her body do its thing. Rushing a woman to birth her child is about as effective as, well, rushing her to have an orgasm!

A 1987 National Childbirth Trust (NCT) survey found that nearly 22 percent of women in hospital contracted a postnatal infection, compared with less than 5 percent at home. So a homebirth reduces the chance of infections. And that was before MRSA and Swine Flu!

As I said previously, without drugs there is a greater chance of successful breastfeeding. In most homebirths, if any drugs are available, it would generally only be gas and air (although some GPs might prescribe Pethadine)

Finally, a staggering 99% of women who have experienced both home and hospital birth will say that they would choose to have a home birth in the future, which says it all really.

* Please note that this article has been checked by a registered midwife for accuracy.

Books To Prepare Children For Childbirth, Homebirth Or Waterbirth
Must Haves And Baby Essentials
Positions For Labour And Childbirth
What Does The Birth Partner DO At A Birth?