New parents are bombarded with information from their first visit to a medical professional, throughout their pregnancy and the early days of their babies’ lives. My daughter is only ten months old, and as far as I can tell, this doesn’t stop for some time.

The problem with this is that so much of your pregnancy, birthing experience and early motherhood is influenced and affected by the opinions of the person you’re listening to. And I do specifically use the word opinion, because being a doctor, paediatrician or midwife does not, in fact, make you an authority on any of these.

I think for example, of the doctor who told me that there was nothing wrong with me when I knew I was very ill (and was later hospitalised and was at risk of losing my daughter). Or of the health visitor who told me I had to force my baby to sleep on her back, no matter how much she screamed otherwise she would die of SIDS (she’s slept on her stomach since she was two days old and able to lift her own head). Or of the nurse who declined my request to become a milk donor as ‘milk has no nutritional value after six months’ (despite the World Health Organisation recommending a minimum of two years breastfeeding.) 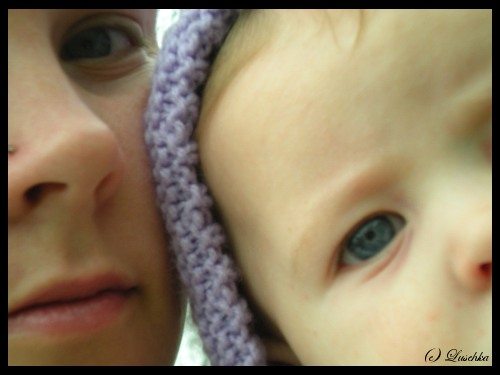 Naomi Stadlen in her book What Mothers Do especially when it looks like nothing, talks about how motherhood has been denigrated for decades to the point that mothers no longer feel confidence in their own mothering. Yet she states that a woman mothering her baby â€œis doing something that no professional person can do as well as she canâ€. She uses the example of professional child carers who frequently say how different having their own child is to looking after that of another.

â€œA mother’s knowledge of her child is uniqueâ€ she says, and goes on, â€œIn traditional societies this is a truth that is obvious to everyone, but in societies where women have achieved greater equality with men, this apparently so-obvious truth has been ignored.â€

Stadlen goes on to talk about books for parents, or mothers specifically, ‘teaching’ them how to listen to their babies, or trying to instruct them with rules, schedules and plans on how best to make it through the baby years.

Unfortunately, following someone else’s plan or schedule is not allowing for the mother and child to really get to know each other, or to understand each other. Each child has their own rhythm and their own pattern, and whereas it is possible to bend the will of the child to the convenience of the parent, is this really desirable?

I’m not saying we should let children, or babies even, do what they want. Heaven knows I relish the four or five hours of me time, or us time, that we have once Ameli goes to sleep around 7pm. Routines are necessary, and beneficial to most children, but that routine should not be that of a woman or man who has never met me or my child!

I am so often surprised by mothers who follow the instructions of a doctor, parent, friend or ‘expert’ even though their gut tells them they don’t want to do it, merely because they don’t have the confidence to follow what their heart, and their baby, is telling them.

It should be our routine, worked out in these first months as mother and child. It should be a partnership, rather than a dictatorship by a stranger who has never stepped in to our homes.

Mama Said No. All The Time.
Why Everyone’s Child Matters
Benefits Of Baby Massage On Different Regions Of The Body
When Mummies and Daddies Do It Differently