Before my daughter was born, I came across the term ‘Elimination Communication’ a few times. I looked at it, looked into it, and decided that we weren’t going to go that route with this baby. Somehow I felt that I had enough on my hands preparing for a home waterbirth, and the resulting newborn.

Since then I have often thought about Elimination Communication, but not really managed to get my head around it. Now I feel the time is right, so I have been looking again â€“ perhaps to start with my now ten month old, or perhaps to store in the recesses of my memory for any future pinkfoots that might grace our home.

Wikipedia does a pretty good job of explaining Elimination Communication: 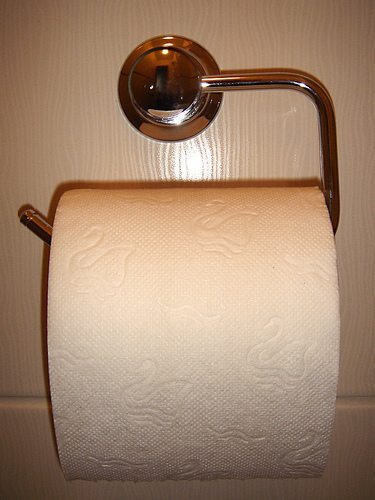 Elimination communication (EC) is a toilet training practice in which a caregiver uses timing, signals, cues, and intuition to address an infant’s need to eliminate waste. Caregivers try to recognize and respond to babies’ bodily needs and enable them to urinate and defecate in an appropriate place (e.g. a toilet). Caregivers either use diapers as a back-up in case of misses, avoid the use of them altogether, or do a mixture of the two. EC emphasizes communication between the caregiver and child, helping them both become more attuned to the child’s innate rhythms and control of urination and defecation. The practice can be done full time, part time, or just occasionally. The term “elimination communication” was inspired by traditional practices of diaper-less baby care in less industrialised countries and hunter-gatherer cultures. Some practitioners of EC begin soon after birth, although it can be started with babies of any age.

The approach was westernised by Ingrid Bauer who discovered on her travels to India and Africa that mothers carried their babies nappy free with few or no ‘elimination accidents’. She later raised her own children this way and coined the term ‘elimination communication’.

But what are the benefits?

Christine Gross Loh, in her book â€œThe Diaper-Free Babyâ€ suggests that EC lessens families’ reliance on nappies, which reduces the cost of nappies and strain on landfills. There are no nappy rashes, nappy change battles and delayed or difficult potty training sessions. Gross Loh also suggests that there is a unique bond between parents and babies who EC as they learn to communicate with each other much easier.

She continues on to say that parents report that the squat or â€˜potty’ position that parents tend to hold their baby in order to go seems to be very comfortable for babies. Just as for a labouring mother, the position helps to relax the pelvic floor muscles. This seems to help babies who are suffering from mild constipation.

Although I couldn’t pretend that we have ‘tried’ EC, I do put my ten month on the potty every morning and she normally ‘goes’ pretty soon. Also, I have noticed that when she is having a poo, she goes down in a squatting position naturally, so perhaps she would be a perfect candidate for EC.

No. The father of potty training (why is it that the most influential originators of the way we mother so often seems to be men?), T Berry Brazelton, feels that 1 or 2 year old’s are too young to potty train and that it puts too much pressure on them. Gina Ford agrees and doesn’t believe toddlers to be ready till they are 2 â€“ 3 years old. She states that they do not have the muscle and bladder control before that age.

But, as Tribalbaby puts it, â€œEC is an ancient method used before nappies, around the world and throughout history. It is fun to do. Even today 85% of babies in the world do not wear nappies â€“ or not for very long.â€

So, now we know a little more about the what, I guess we need to learn more about the how. Stay tuned as we hear from other mamas about their successes and failures and if you’ve tried it, feel free to leave your thoughts below!

Must Haves And Baby Essentials
Knit Your Own Reusable Menstrual Pads : A Pattern
Money On My Mind
Why Do We Need Real Cloth Nappy Week?