Well, I’m guessing this is all types of illegal, and if you don’t hear from me again – I may be in prison. But hopefully not.

Ameli and I were invited to watch the preview of the new Winnie the Pooh movie in Leicester Square last week. There was no red carpet and there were no celebrities, but, you know, it was pretty cool anyway.

Actually, it was better than that. It was one of the best versions of Winnie the Pooh I have ever seen. It was so beautifully done, the animation, the story, the characters – my absolute favourite thing was how the characters sometimes ‘strolled’ through the book. See the picture I risked my freedom to show you?*


Ameli loved it so much, Daddy went and bought her a set of Winnie the Pooh Duplo (Pooh’s picnic) and she walks around duddling (cuddling) Pooh. It’s too cute. I’m rather pleased with my daughter’s first ever character crush. (It’s not surprising, I suppose, since we’ve not had a TV for 7 months now!) 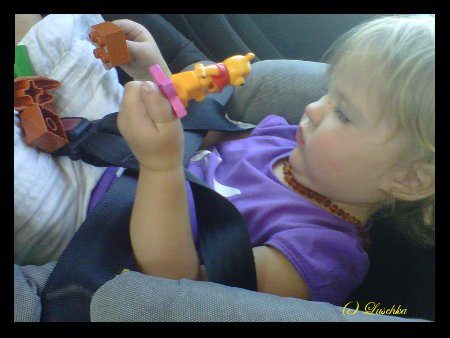 Thanks for joining us for our pic of the week.

*Seriously, I do hope that whole ‘copyright infringement’ thing only applies to recording bits of video in the cinema!