You had done so much traveling with your daughter by the time she was 12 months old I am wondering if you have time to share any advice with me?

(Jane no longer co-sleeps, but still breastfeeds her 10 month old who does not use a pacifier.)

We are planning on traveling to London from Australia for 2 weeks and I fear the plane trip incase she can’t sleep and the disruption her new routine will cause to her as she will be required to adjust to a new time zone and surroundings. I fear putting her through something she doesn’t have to go through if we just stay at home.  How did you travel and incorporate 2 naps at 12 months? My daughter has not slept in the pram since beginning of our summer when it became too hot so she is only familiar with sleeping in her cot but she has slept in a portable cot that we will take away with us.

In answer to Jane’s question, I’m going to share with you how we have done it, and you can take from that as much or as little as you want, and see what works for you.

The first thing I must tell you is this: it’s all trial and error! What works for one trip might not for the rest, so having an arsenal of idea up your sleeve might be a good plan.  I’ll answer In two parts -the flight, and then the visit. 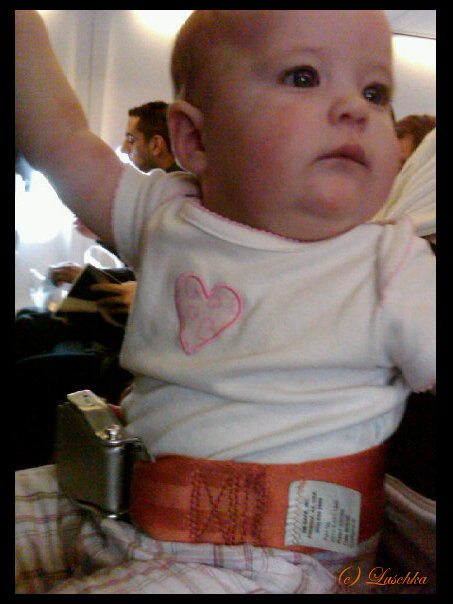 The first thing that works in your favour is that you are still breastfeeding. You have NO idea how much easier that’s going to make your life on the flight! Now, I must warn you, there is no way around it: her routine IS going to be disrupted, she IS going to be unsettled, and you WILL need to make adjustments for it, and perhaps bend your own ‘rules’ a little bit.

On the flight, try to book in ahead of time with online bookings so you can get the seats reserved for babies. That gives you more leg room and a little more space and will make a massive difference to your flight. If you don’t manage to get those, that’s fine, you can still do it, but it’ll be a little less comfortable. She will be strapped in her own seatbelt on your lap during take-off and landing, and it’s recommended that she stays strapped in during the flight.

If you have a stranger sitting next to you, say hello, introduce yourself from the outset and ‘apologise’ in advance for any inconvenience – for example, being a very tall child, Ameli’s feet were constantly on the legs of the man next to me when we flew back from South Africa (a 12-hr flight). She didn’t understand the boundaries of the arm rests, and having opened conversation with him from the outset, I didn’t feel the need to keep apologising for the duration of the flight.

Breastfeed her on take-off and landing. It will stop the altitude hurting her ears (like when we yawn or chew gum) which is the first hurdle passed. For the remainder of the flight, feed on demand. If that means she’s latched on for the majority of the flight, then so be it. However, there is a lot of white noise from the plane, and that might help her sleep a little better too.

For the plane trip itself, I would try to have some chamomile or Bach Rescue Remedy drops on hand, just to help calm her if she needs it, but since you’re breastfeeding she might not – I did use Bach Rescue Remedy with Ameli from her first flight to Norway at 4 months though – we get a version here with no alcohol in it (although the amount of brandy used is miniscule) so I used that. I’m sure there’s a similar Australian Bush Flower remedy you could try.

If your baby is on any solids, I’d make sure to have some snacks easily accessible, since there’s no way she’ll sleep the entire flight. Have a selection of small toys handy too – things that keep her occupied and entertained and enough that you can rotate them every 10 or so minutes and still maintain her interest.

During the day, walk up and down with her a bit on the plane as she still needs to burn off excess energy. If you have a layover, use that time for her to play, explore, crawl and otherwise stay active. Keep her awake if you can, so she’ll be tired again on the plane.

On the flight back, I put Ameli in the sling – something i REALLY recommend for when you’re in the airport and getting on the plane and so on – as we were disembarking and about 20 different people came to us and complimented us on how well behaved she was, and how calm she seemed. And we didn’t even use any drops or anything, it was just breastfeeding and letting her sleep in my arms.

Once you’ve actually arrived, you need to make some choices. You say your daughter doesn’t sleep in a pram, but I’m not sure if that’s because she’s not IN one, or just refuses to sleep. I don’t really know much about pram etiquette, but I guess if you wanted her to sleep, you could just cover the pram when you see she’s tired and hope she drifts off? I’m not sure. We used a Mei Tai sling, with her tied to our fronts, and she’d just doze off when she got tired enough. 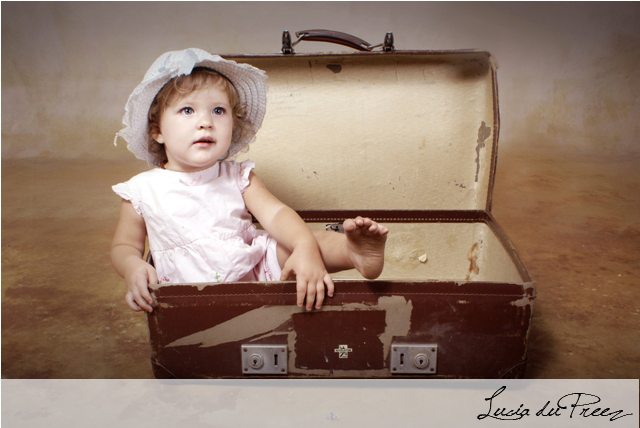 If it’s important to you that she maintains those two nap times, you might find you have to go back to your hotel for them – that’s going to be restrictive on your time, however. But, you must understand, you ARE going to a different time zone and she’ll want to be asleep for much of the day and awake for much of the night, so things ARE going to be a bit tougher and she WILL be unsettled, so be gentle with her and with yourself, and make allowances for that.

We did and still do co-sleep, so that did make the travels easier. All I can suggest, really, is that you take her blanket, any cot toys and comforters from home with you so that she has familiar smells and feels around her.

Also, at the end of the day when you put her in her cot, take something you were wearing during the day and lay it down next to her so that she has your smell around to comfort her in unusual surroundings.

It might also be an idea to try getting her to sleep in her travel cot for a few days in her room so that she becomes more familiar with it.

I totally understand when you say, “I fear putting her through something she doesn’t have to go through if we just stay at home,” but really, by getting her out and about you are doing her a favour and making her more adaptable later in life, if that makes sense? The main thing she needs to be comfortable is YOU, and you’ll still be there.

As long as you’re not stressed out, she shouldn’t be either, because she WILL pick up on you stress.

So, readers, there’s wisdom in the council of many. Do you have any additional advice for Jane?

Planning & Preparing For ‘In Case Of An Emergency’
Five Great Christmas Events For The Family
Free Things to Do in Orlando
How to save money whilst going abroad….and still have a fabulous time!