This is a particularly short letter to you this week, both because I don’t have much to report, and because I’m waiting for Oupa and Nana to arrive to pick us up for the next part of our trip.

You’re 10 weeks now, although it’s 12 weeks by the doctors, and they would have scheduled you for your Nuchal Fold scan. That’s the one where they check to see if you have Down’s Syndrome or not.

Not doing the scan, because we’re in Africa at the moment, means we won’t know whether you have it or not, although they can apparently do a 16 week blood test to check. Not doing the scan has also brought into stark relief my feelings on what difference it would make if we knew or not. Would knowing make me decide to kill you? It wouldn’t. Sure,Â  it would come with sadness, for yourÂ  future, and anger that this is happening. It would come with concerns about your life as you grew older, and we died, but would it want me to deny you the chance at life? The chance to feel the sun on your skin? To feel loving arms around you? Â No, I can’t say it would. 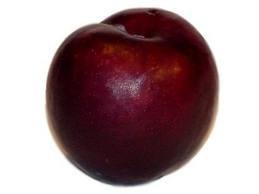 Of course, that’s me, and I wouldn’t judge another mother for making a different choice, but when the midwife asked me if knowing theÂ  answer would change theÂ  outcome, I said no, and I meant it. You’re my baby, whatever life throws at us.

The one down side of not having an early scan is that it’s easier to establish your age when you’re small, so at the moment, we’re within a two week margin of error. I’m erring on the side of caution as I don’t want to be worrying that you’re overdue later, when you’re really right on time.

Apparently you should be the size of a small plum now (at 10 weeks) and weigh about five grams. I’m already showing more than I was at this stage with Ameli, and every now and then I â€˜feel’ something â€“ probably just normal internal things, but I’m so keen to feel you move, that I’m waiting in anticipation.

I’ll be here, loving you.