I have mentioned before that money is a little tight around these parts at the moment, since my hubby hasn’t been working full time for a few months now. I realise that looking around me, many people are facing the same or similar circumstances, and there’s a repossessions warehouse near where we live that’s recently acquired more land to build extra units – which can’t bode well for the area, or the economy… or in fact the families affected.

I’ve been thinking a lot about ways of tightening those imaginary belt straps, and realise that I’ve written a lot for others on money saving, but never for myself. So here are some of the money saving ideas we’ve implemented in our home. Part one will focus on ways of reducing your monthly outgoings, while I’ll look at some ways of generating cash from things already in your home in a follow-up post.

I would love to hear some of your own ideas, too – they may help me, or someone else, feel a bit less financial pressure in these tough times. 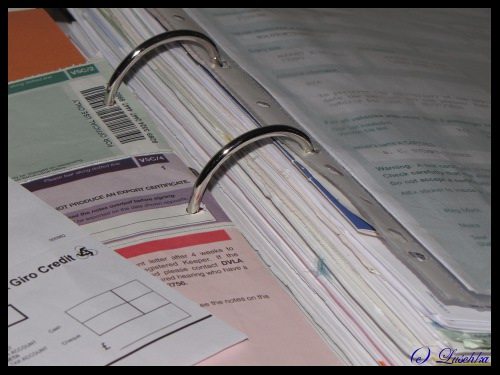 Depending on just how dire your financial circumstances actually are, you’ve probably already covered the first wave of belt-tightening exercises worth thinking about: you’ve given up your morning cup of coffee from whichever local vendor you support, saving you up to £60 a month on coffee. Then there’s the muffin you’re no longer having, which is saving you another £40 a month.
You’re not slipping a bottle or two of wine into your weekly shop just for the sake of it, and you’ve cut down on evenings out, or imposed a firm spending limit. You’ve probably also reduced how often you go out for dinner, while take-away menus are now recycling fodder and you do your grocery shop with a shopping list and calculator in hand.

A morning’s effort saved us almost £30 a month.

We have found two things that have made a huge difference to our shopping outlay (interestingly, the £45 family do the same things with regard to food!):

It takes a little planning and a little extra effort, and sometimes imaginative cooking and gracious diners, but saving £60 odd pounds on that last week’s grocery bill is a huge saving at the end of the month.

What have you done around the house to help you save money?

Next time: How to make little pots of money to top you up through the roughest patches.

For great posts and ideas from the Natural Parents Network on money saving, look at the list on this page.

The Problem With Principles
Mozambique – A Window To Another World
News Of The Week: Forced Adoption And Conditional Love
London 2012: A Mama, A Baby, BA And Women’s Hockey