Today we have Maggie, a friend and reader, who shares her experience of ‘natural family planning’, including Ecological Breastfeeding and Lactational Amenorrhea.

For about ten years before deciding to become a parent, I made the decision to take hormonal birth control pills. I didn’t personally like to use condoms and it seemed like everyone I knew was on the pill, and so I didn’t do much research. I just decided to take it and that was that. And it worked, we never even once had a pregnancy scare. 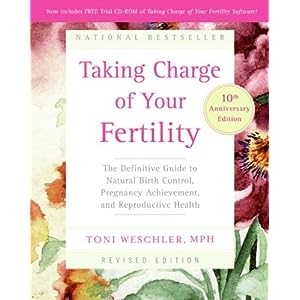 When we decided to start a family, I picked up a copy of Toni Weschler’s Taking Charge of Your Fertility and stopped taking hormonal birth control pills. I started charting my basal body temperatures and tracking my cervical fluid, and I found it was easy to determine when I was ovulating. My nerdy side really enjoyed making the graphs, and for three months we decided to abstain while I was fertile and successfully avoided pregnancy. In the fourth month, we decided to make a baby. We were successful right away, and happily became parents 40 weeks later.

We knew that we didn’t want to have another child for at least two years, and so without much thought or discussion I planned to go back on hormonal birth control pills. At my six week check up, I asked my OB for a prescription. I was surprised when he told me that the pill could impact my milk supply and my ability to breastfeed my son. I was bound and determined to breastfeed, and though the OB said that the mini pill would probably be ok, I told him that I’d just have to find something else. I wasn’t about to take any chances when it came to nursing. He looked at me and said “You know that breastfeeding is not birth control.” I said “Of course! We’ll use condoms.”

As it turned out, I had a lot of pain during intercourse when I finally worked up the nerve to try at about eight weeks postpartum. I thought it was because my son was so large (9 lbs. 8 oz.), but in discussion with many other women I found out that was totally normal. The condoms didn’t help with the pain, since I have always found them to be uncomfortable. I began searching for another method of birth control and stumbled on Ecological Breastfeeding and Lactational Amenorrhea. I ordered a copy of Sheila Kippley’s The Seven Standards of Ecological Breastfeeding and read it in a few days. Please check out the links for all the details, but in short what I learned was that breastfeeding is 98 to 99.5% effective as birth control for the first six months after giving birth, providing that menstruation has not returned and that you are breastfeeding on-demand, not supplementing, not using pacifiers or bottles, sleep sharing, nap sharing and that mother and baby were constantly together. I realized that this was already our lifestyle, and so I trusted breastfeeding as birth control until I went back to work when my son was almost six months old. And it worked. My menstrual cycle did not return, and I did not get pregnant. 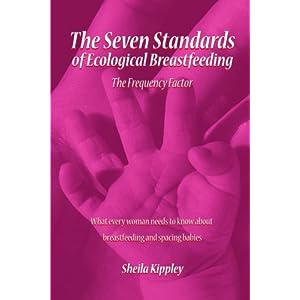 Once I went back to work, we no longer met the standards of ecological breastfeeding because we were separated, and I was pumping and my son was taking bottles of expressed breast milk while I was at work. Though my cycle had not yet returned, I knew that my son was not at the breast often enough to suppress ovulation and I could no longer trust lactational amenorrhea as birth control. I still didn’t want to go back onto hormonal birth control pills, so I reviewed my options and re-read Weschler’s Taking Charge of Your Fertility. I knew what fertility signs to look out for, so I kept an eye on my cervical fluid and continued to nurse on-demand when my son and I were together. During this time, I did not see any signs of my fertility returning, so I opted not to return to condoms. My husband felt safer using the withdrawal method, and so we practiced that. I should, however, note that withdrawal is not an effective form of birth control. I knew that I was not fertile, and withdrawal made him feel better, so we went with it.

When my son turned a year old, I slowly weaned myself from the pump and began introducing him to cow’s milk instead of expressed breast milk in his bottles, while still continuing to nurse on-demand when we were together. At around 14 months, I noticed a change in my cervical fluid and told my husband that I thought my fertility was returning. Two weeks later, I got my first postpartum period. I was amazed with how predictable my cycle was, and we opted to use condoms or abstain during my fertile times.

Now, my son is two years old and we would like to have another child. I’m so pleased that our combination of fertility awareness, ecological breastfeeding, lactational amenorrhea, condoms and abstinence during fertile times have allowed us to space our children according to our own plans. It has worked well for us, but it is not for everybody.

Please note that if your cycles are not regular or predictable, you will not be able to effectively use the fertility awareness method as birth control. If your menstrual cycle returns prior to six months postpartum, you will not be able to use lactational amenorrhea. If you opt to use pacifiers or bottles, supplement with formula, sleep separate from your baby, or are separated for longer periods due to work, you will not meet the standards of ecological breastfeeding and should not trust that as birth control. Even if just one of these standards are not met, you could become pregnant. And of course, these natural methods of birth control do not prevent sexually transmitted infections.