Last weekend we did something new and unusual, for us, anyway… We took the girls to Nozstock, a festival in Bromyard, Herefordshire. It’s taken me a few days to get these thoughts down on ‘paper’ because there was so much to see, and absorb and just be a part of that it’s taken me a while to process it all.

If you want to know about the bands that played Nozstock, or the films, or the comedians, you’ve come to the wrong place. We didn’t intend it that way, but the music and performances were almost incidental as we spent most of our time away from the stages and surrounded by the child-friendly stuff.

I think that’s possibly a good place to start: Nozstock was so incredibly child friendly that it was easy to forget you were at an adult festival. But at the same time, there were so many options for everyone that I am doubtful anyone walked away feeling uncatered for. For us and a few other families we saw, the days ended late, around 10 or 11pm, when the children needed to get to bed – some of them were already asleep. Really, for us, the festival was a daytime event that kept us so busy it was amazing. (It was not, however, a day time event for others – the line up on at least 3 of the stages carried on till after 4am!)

There was a specific area dedicated to children – The Enchanted Glade – that offered Marble painting, face painting, hair braiding, puppet making, story telling, kids yoga, arts and crafts, a bubbleologist, a magician, hula hooping, craft hedgehogs, gaffer tape roses, a UV Disco and so on. And those were just the things listed in the program. There was also a group making a huge paper dragon, wrestling, a sand pit and a play area. 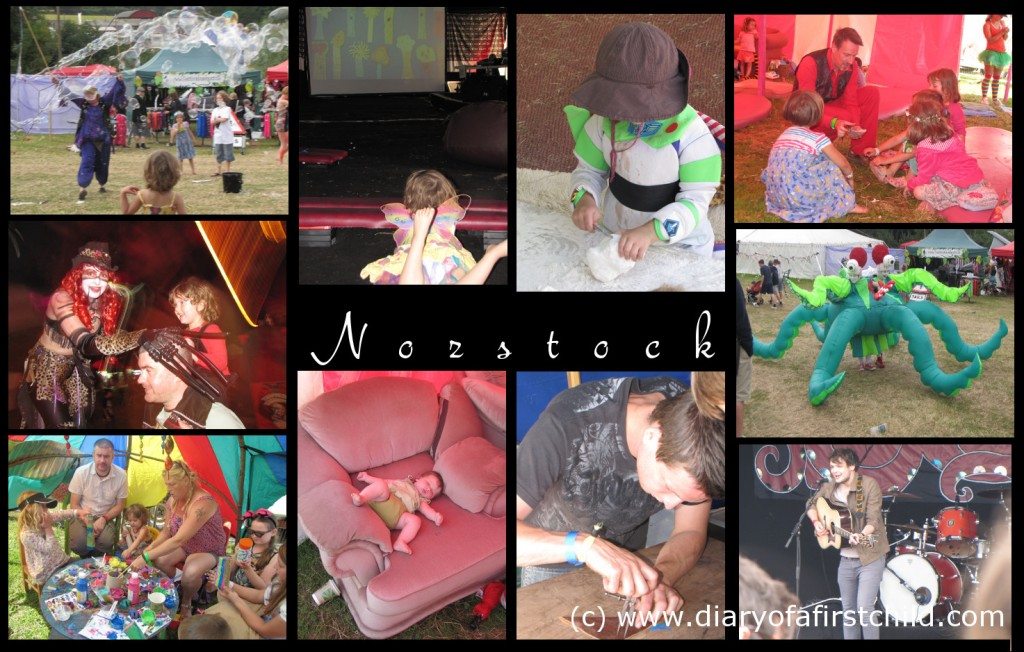 Almost as if to remind parents that they were at a festival, there was a bar very close by, and an eclectic music stage just off to the side. If the bar wasn’t to your taste, there was the Fold Cafe, selling coffee, wholesome food, and veggie or vegan options.

The whole area was brimming with goodness and the atmosphere was chilled, relaxed and amazing.

Speaking of relaxing, there was also a huge bonfire, where people sat in a circle mesmerised by the fire and listening to acoustic music performed around the flames.

The entertainment wasn’t limited to stages either. There were stilt walkers, contortionists, a massive two-headed octopus just to name a few. They carried the ‘myths and legends’ theme all the way through the festival and were a real talking point for two year olds! In fact, my daughter loved the stilt walkers and was amused that her daddy wasn’t the tallest person in the room anymore! At one stage we walked through a dark area and she looked around concernedly before turning to me and saying “Mama, where’s all the fun stuff gone?”

Something that really ‘made’ the festival for me was all the attention to small, attention grabbing details: a large mermaid in the dried up creek, a huge carved cat at the entrance, crafted octopuses hanging from the trees, witches on brooms flying over the crowd at the Garden stage, wind chimes dotting the area, ‘street names’ in the camping grounds. We must have circled the festival grounds half a dozen times over the course of the weekend and there was constantly something new and exciting to spot, engage with or watch (like the leatherwork demonstrations, chalk carving workshop, edible food talk, woodwork and flower garland making). 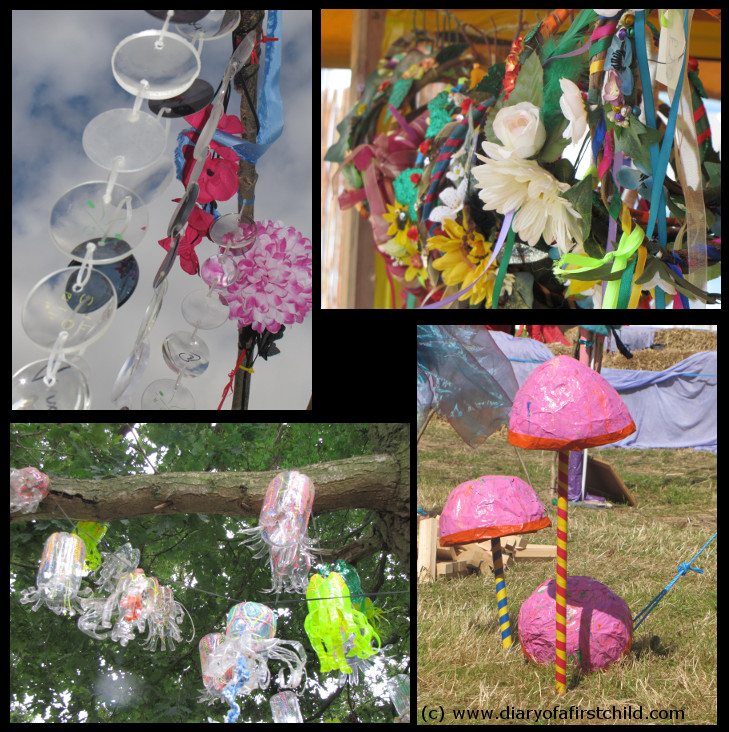 On the other side of the grounds were the dance stages, furthest removed from the camping areas.

The camping areas were the only ‘negative’ of Nozstock – for a start, no one knew where ‘family camping’ was, and we ended up camping in the ‘live-in vehicles’ area. As it turned out, this was a bonus as we were only about a 2 minute walk from the entrance, but about as far from the music as you could get. Those who did find themselves in the family camping area were actually right behind one of the stages – which still had music at 4am!

I had the opportunity to speak to Mr Noz himself, and we had a good chat about what would make the whole event a little more family friendly. Following our discussion, he said that next year they would move the family camping a field over, bring in security and rig hay bales to act as a sound barrier. He was concerned that it would add about five minutes to the two minute walk to the festival area, but I assured him that most families would rather walk five minutes extra and get a fair night’s sleep than have littlies who can’t sleep all night and are miserable all day!

Another thing that I think makes it a really family friendly festival is the fact that prices are very reasonable, and not at all inflated – a stone baked pizza is between £6 and £8, a locally produced and cooked on site burger or sausage roll cost £3.50, a 500ml coke cost £1. If you don’t take your own food, you’re essentially ‘eating out’ three times a day for three days, but you’re not paying over the odds for it. And if you want to take your own food and even take it in to the festival grounds with you, you’re welcome (just not alcohol).

At no point do you think they’re out to suck every penny out of you. It’s lovely. When I asked Noz about it, he said “I don’t want a house in Monaco – I just want a festival.” That attitude permeates through, and I told him so.

Overall, we really enjoyed Nozstock, and not just recommend in to families with young children, but go again ourselves too.

P.S. I’ll be sharing some hints and tips on how to survive a festival with children over the coming week or so. Do check back then!