It’s been a decidedly celebratory week around here. My birthday came and went, but it was Ameli’s two days later and in hindsight, a week on, she certainly had a prolonged week of well wishing and treats. I can’t believe my little girl is three. Where does the time go?

Ameli is three. I can’t believe it. I’ve started writing a birthday letter to her, but I haven’t gotten very far. I find myself shocked when I look at her, and see one so grown up, but still just a baby, then know that one is mine. 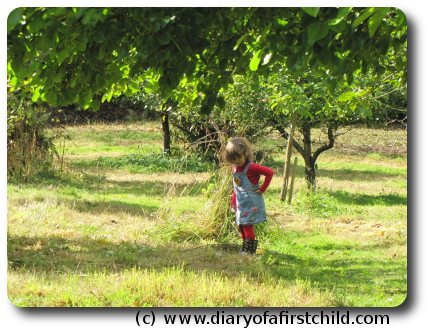 Even when a daddy was there throughout the pregnancy, held the mama’s hand throughout labour, saw his baby brought into the world, held her against his skin as a newborn, changed nappies, cuddled, sang lullabies, the reality  is that for the first while, it’s all about the mama, at least for the baby. With us going to Australia in a few days, I’ve been worried about the bond between Aviya and her daddy, and concerned about what the separation would do to them. Moments like this one, allay my fears. She knows who her daddy is. Skype may not be the same, but it’ll do for now, and they will be just fine. 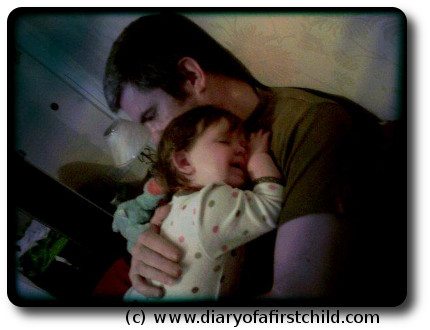 In light of everything going on, I had considered cancelling Ameli’s 3rd birthday party. I am so glad we didn’t in the end, because we had a beautiful, almost magical day. It was a rainy morning, leading into a sunny afternoon – but that overcast sunny that makes the sun glow golden, despite the cold. The party was at Pucks Oak Barn, in Compton, a few towns over from us. Out of the way, yes, but worth it. We loved it. There’s an apple orchard and a stream and we didn’t hire entertainment or anything, because there was so much to do in nature. I loved it, and I think everyone else did too. I’ll still do a proper post with all the details, but for now, I’m just glad we had such a gorgeous party in so beautiful a place. Thanks to all my lovely friends for contributing your photos! 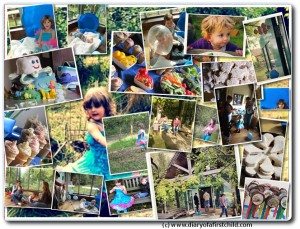 I love Mondays. We rarely leave the house, and it’s my catch up days. We do all the stuff working people do on a Saturday. Or we just do fun stuff. Or we do nothing. Whatever. It’s Monday, it’s our non day day. We do whatever we feel like. Today we felt like dressing up like kittens and bunnies. When I say we, I mean the girls. This isn’t that kind of website! (Also, birthday balloons are great fun just lying around the play area! 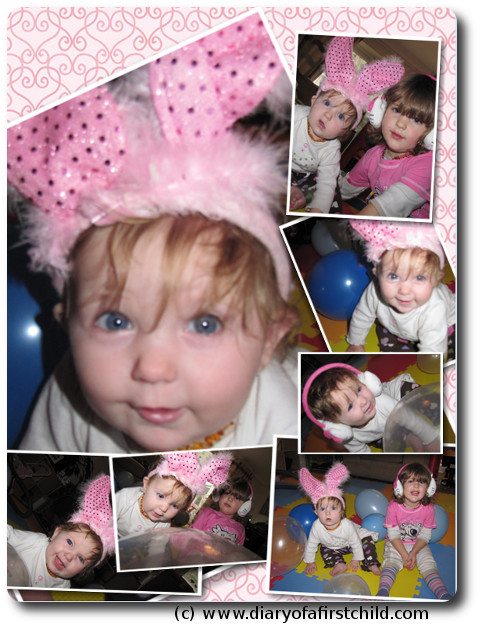 Back to reality with a bit of a bump today. I have to have an (according to the doctor doing it) highly unnecessary medical examination and chest x-ray, costing approximately half of what I earn in a month, as it’s for ‘immigration’ and can’t be done on the NHS. Thank you to my brother, Ziech, for  sending me some money for it, otherwise it  wouldn’t have happened! I had to do all sorts of tests – including testing my reflexes – to make sure there’s nothing wrong with me and I don’t become a burden on Australia’s health care system. It’s a highly expensive and totally unnecessary procedure, and I’ve had to fight myself to not tell the person who decided I needed it where to go. While I was waiting for my appointment to start, Aviya and I had a photo shoot in the car. And Ameli had a nap! 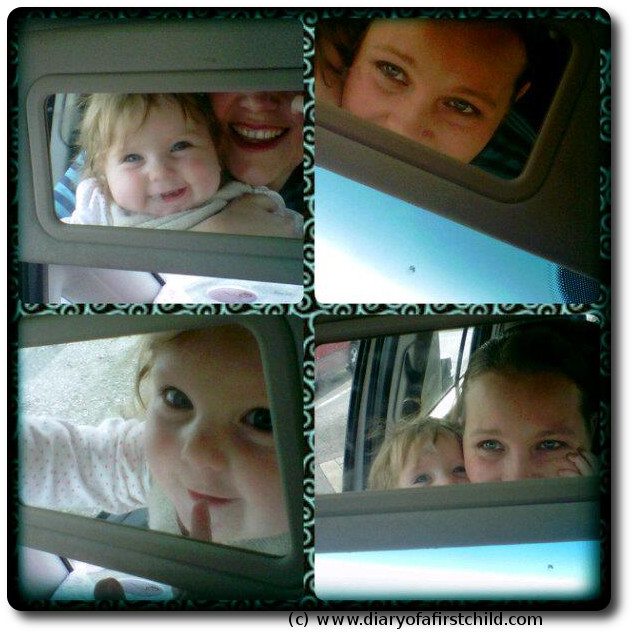 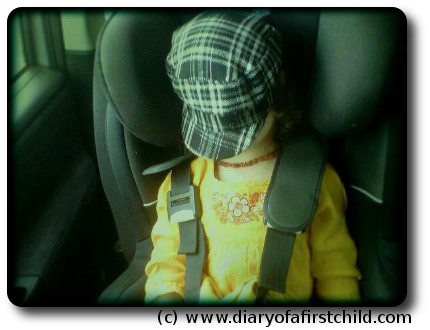 Flat stone broke for the rest of the month following the birthday party and yesterday’s antics, we didn’t do much today (or the rest of the week), but that doesn’t mean I can’t capture the precious moments, which don’t always have to involve doing something. I love this picture. As my friend Sara says, ‘They look so similar, they could be sisters’. 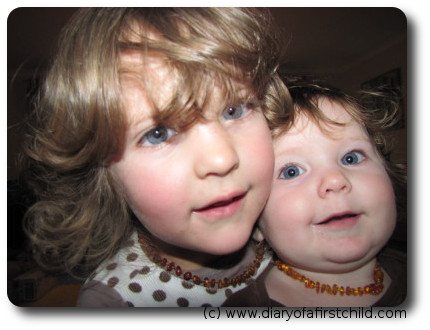 Hope you have had a lovely week! Do stop by the other Mamatography mamas and see what they’ve been up to!