This week’s Summer Camp at Home theme was to do with Arts and studying different art styles. I very quickly found Ameli just wasn’t interested in that kind of, or level of, learning, just yet, so I had to adjust what were were doing pretty much on the fly.

I was a little concerned initially about what we’d do for the week, but it all came together quite nicely in the end. I decided to take it right back to basics, and Ameli really did well, I thought.

Ameli has been drawing for a while now, and it’s been such fun watching her go from random squiggles and lines, to colouring in all over a page, to bringing it within the lines, and now, this week, her very first ever family picture. It’s remarkably lifelike and I’m pleased to say we all seem relatively normal in her mind’s eye. 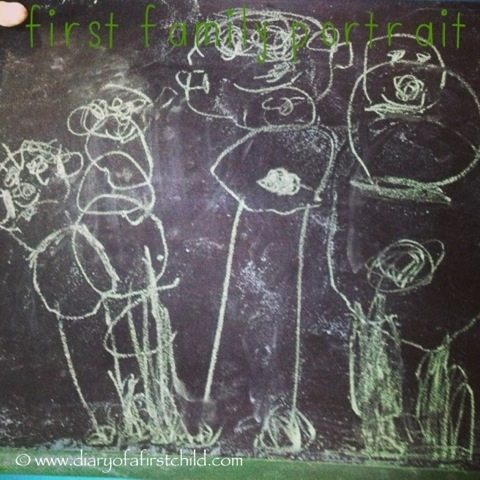 Inspired by Summer Camp At Home’s plan for the week, we made window paint. I tried to get Ameli to make the circles, but she wasn’t interested and in the end, I just let her paint. She had fun, and that was the aim of it, after all.  Mix equal quantities of paint with dishwashing liquid, and it makes a really easy to apply, easy to wash off window paint. It looks quite light in the application, but dries in a darker, bolder colour. 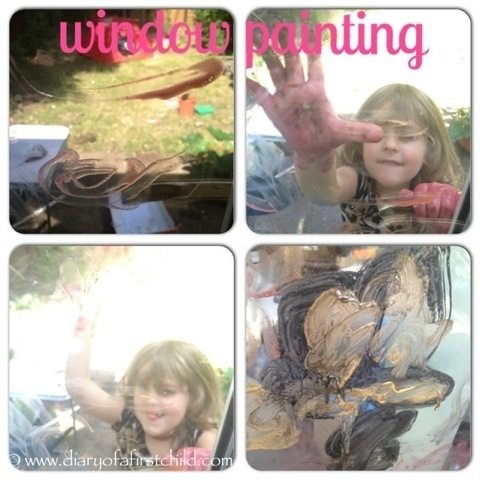 There’s a big Rhino sculpture exhibit in Southampton at the moment, so a friend and I packed the kids into the car and went off in search of some Rhinos. It was a lovely day out, and we saw loads of Rhinos. The kids loved spotting them, and where appropriate, I had very basic discussions with Ameli about the art ‘techniques’ employed – like circles, shades, and so on. 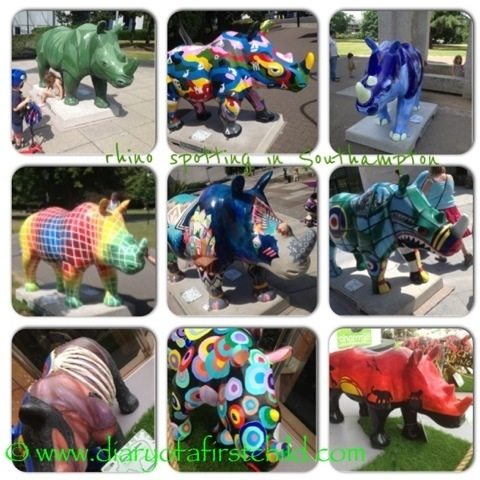 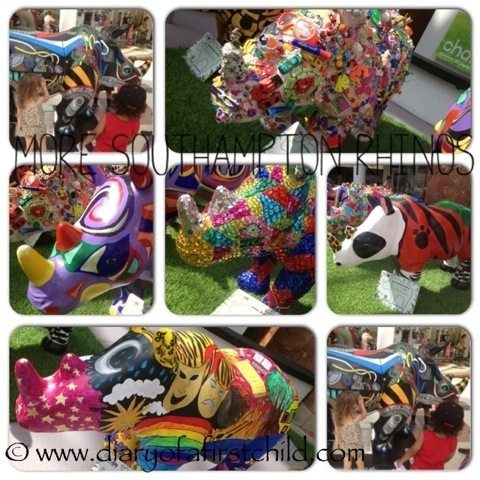 It’s been unbelievably hot around these parts this last week, so I thought the ice sculptures that have been floating around Pinterest for some time might be a great idea. I don’t know who first came up with this, but it’s been a hit on the web. My girls do seem a bit young, really, because they enjoyed it at first, looking at how fast the salt melted it, and whether being in the sun or shade made a difference, but they lost interest about halfway through. Never mind, we’ll try again another time.  They used butter knives, front and back, to see which ‘chiselled’ better too. 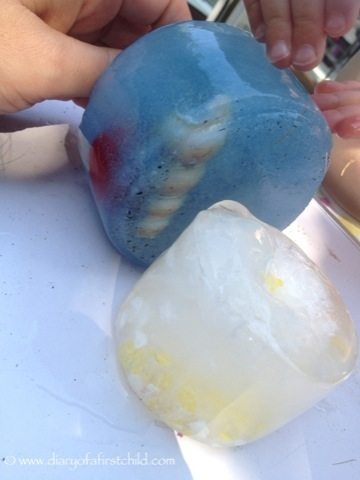 I enjoyed it though, and look forward to them trying it another day again. 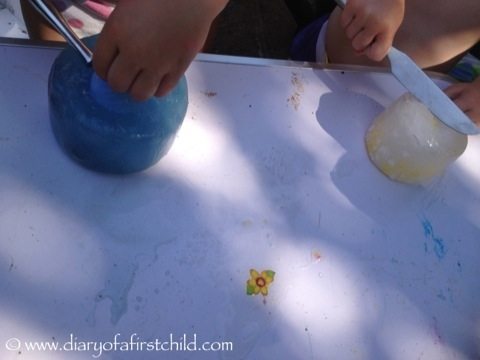 We had a birthday party to go to on Saturday, so making the birthday card seemed like a great activity to go with a week about different art (and craft) forms. A while ago I bought a pack of A5 card stock on Amazon*, and that’s been really useful. Every time we have a birthday party coming up, I grab a card and get Ameli crafting. Another fabulous idea here is making cards using water beads. 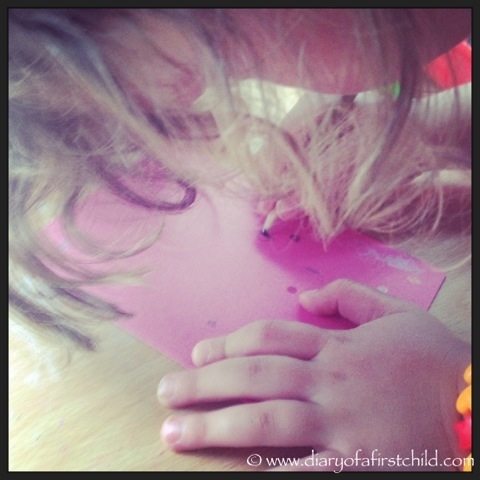 An art form that is oft’ used here, is photography, and Ameli has had her own camera* for a while now, but it’s fair to say she’s still learning and we’re certainly not pressuring her on any part of it. Here she was taking photos of anything and everything, including funny pictures of her own face. When I have a chance to link up to the printer, I’ll print a few out for her to hang up in her art box. 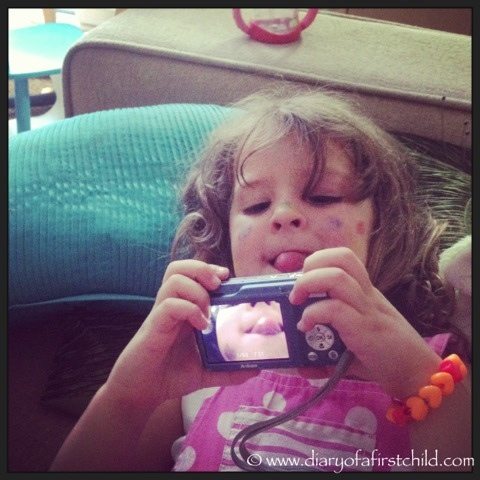 That’s been our week of exploring different art forms. I don’t know how much she’s ‘learned’ as such, but she’s had fun, she’s asked questions and she’s been involved. She’s happy, I’m happy.  We do love playlearning.

What arts do you practice with your children?

*affiliate link. if you buy through this link, I will receive a percentage as commission. You do not pay any more than going through a non-affiliate link. The only difference is how much Amazon keeps. Thank you in advance for supporting us and helping me pay to keep the blog going!