We were sent the Magicube Word Building set from Geomag for review recently, and in this post I’ll tell you all about our experience with it. The Magicube World Building Set comes with 16 magnetic cubes and 61 magnetic attachments or ‘clips’ made up of letters of the alphabet, multilingual characters and pictures for simple, three-letter words. The letters are colour coded with blue being consonants and red being vowels. 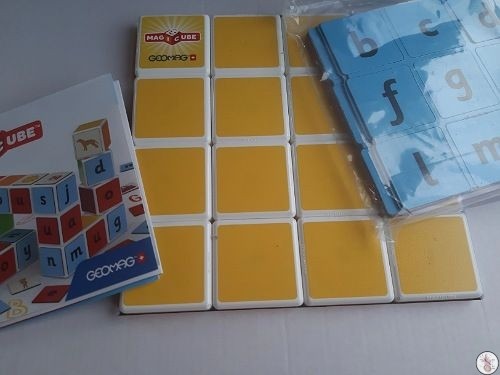 I’ll start by saying that I totally misread the initial brief – I was so excited to have another word game in the house, that I failed to realise it was aimed at a much younger audience than mine. The game is really for the 3 to 7 age range, but my 10-year old humoured me by playing a couple of rounds with me on a chilled afternoon in the caravan. 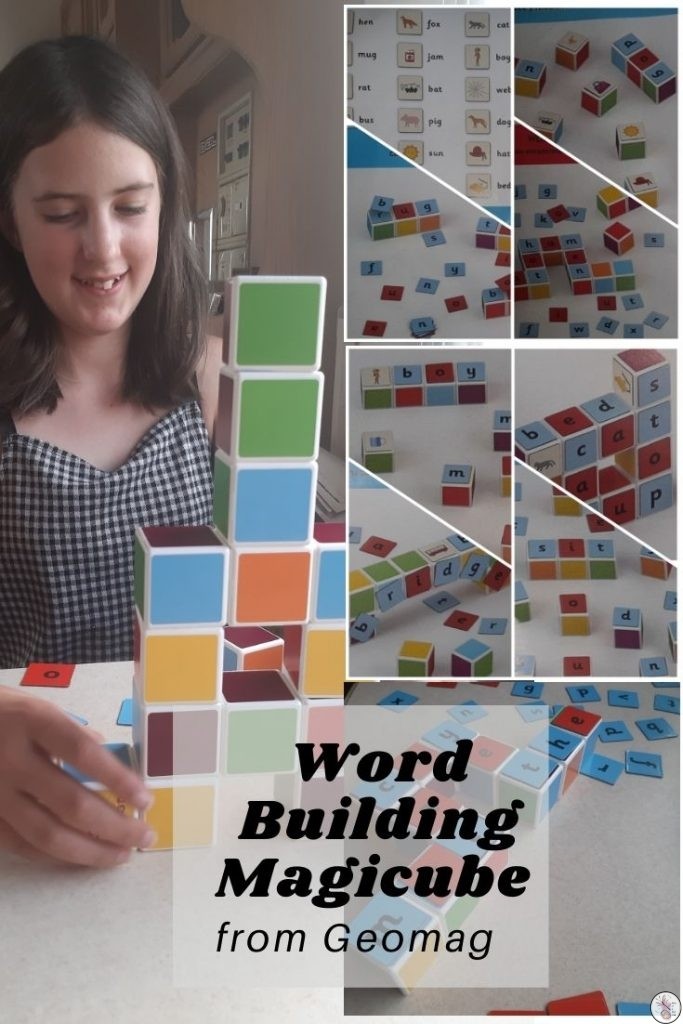 The blocks can be played with in a variety of ways. For example you can lay out the picture card on a cube, and match three letters up to make the three letter words, such as ‘sun’, ‘hat’ or ‘cat’.   You can also make up the words and let the child match it to a picture cube, so you’re encouraging reading and spelling and phonics.  If you want something a little more advanced you can start off with vowels and build three letter words around them  – put an ‘i’, an ‘e’ and an ‘o’ onto the cubes, then use the blue letters to make up words around it, like ‘sit’, ‘bed’ or ‘dog’. 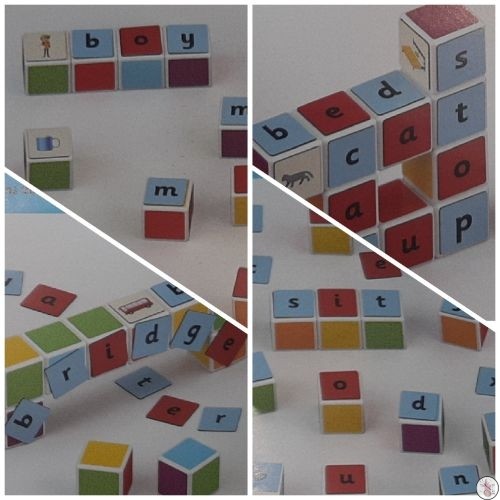 Take it a step further, and switch out letters to make new words – change ‘bug’ into ‘rug’ by swapping one letter, or make word snakes – where one word starts on the last letter of the previous word. You can also get really complicated about it and make 3D word towers. This was fun, but we did find we ran out of cubes pretty quickly doing it this way. Of course you could just have fun with the magnetic cubes themselves and not worry about the letters at all. We had some fun with this, trying to make them cling together in unusual and fun ways. I imagine for a little one this is, beyond the word-building stuff,  a really fun introduction to things like physics. 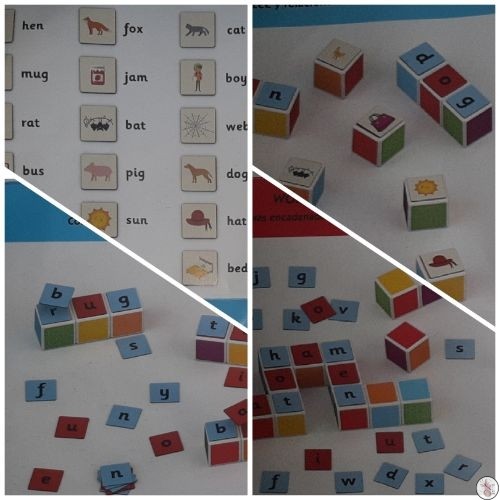 The cubes themselves seem really well constructed and somewhat durable with the colours actually painted on rather than stickers which would come off too easily in little hands. The magnets are on a thick plastic of sorts, and seem pretty durable too.

It’s certainly too young for my kids, but fortunately we have plenty of younger friends in our home ed network we’ll be quite happy to gift this lovely set to!

The Magicube Word Building set from Geomag is on sale at Amazon (aff link) for £38 at time of publishing.