A few weeks ago Britmums asked bloggers who would like to take part in the Morrison’s #Morrisonsmum challenge, and I jumped up and down for the opportunity.

We used to live in Bath, England, and I would cycle to work past a Morrison’s every day. I never went in because it didn’t appeal to me. One day I’d forgotten to pick up groceries before leaving town, and figured I could at least get milk there when I passed by. I spent almost an hour in the Morrison’s that day, blown away by how lovely it was. The fish market had calamari, squid and even octopus, freshly delivered that morning.  The vegetables were amazing looking, seriously, like those from a (perfectly sized and shaped) market. I was in supermarket heaven.

We moved to London and our nearest shop was dismal – totally depressing to go into. They shut down and a month later, there was a brand spanking new Morrison’s, sparkly and again with an amazing fish counter and deli. I loved it.

We moved again, and don’t have a Morrison’s near us, but a few months ago on opened a few towns away, in Aldershot, and I’ve been to it a few times. It’s definitely worth the trip.  Here are a few pictures from our #Morrisonsmum adventure: 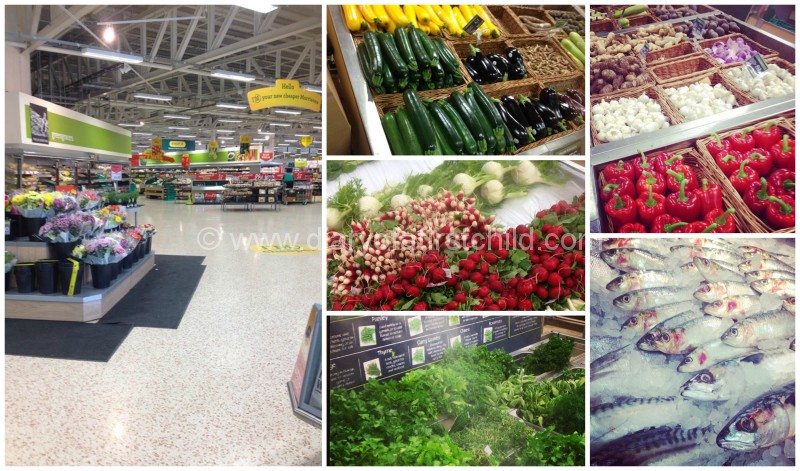 Doesn’t it look wonderful? I especially love the herbs in the bottom picture. There’s a constant spray of mist on them too, so they are kept fresh for longer. Why don’t all supermarkets do this? It’s awesome!

I also really love how the vegetables are packed out into wicker baskets on what they call ‘market street’. It just looks like they’ve put effort in to making it look and feel wholesome and clean and fresh.

The big awesome, really, is that you’d expect something so lovely to cost a lot more, and be the purvey of the rich, but it isnt. Morrison’s have started a new promotion where there are loads of ‘I am Cheaper’ yellow signs indicating where they had slashed the prices and made them cheaper than other supermarkets.

Savvy shoppers know not to just buy things because they are on promotion, but it is useful, especially when you’re looking at branded things like coffee and nappies, to know that you’re getting it at the best price. I’m honestly thrilled to bits with our sort of local Morrison’s and with the free parking and the deli, cafe, healthy ready made food counter, seasonal departments and everything else, I am pretty sure that will be my supermarket of choice for big shops going forward.

It’s just such a good experience.

We also did a huge end of month shop stocking up on pull ups, toothpaste, soil for the garden, dishwasher tablets and so on, a shop that would normally cost us easily over £100, but this came to just over £82.

Here’s one of our meals from this week, and the recipe will follow soon. This meal cost £7.01 for four people, with leftovers for one more. That makes it £1.40 per portion – which is quite a lot really, but it is a quite a luxury meal for us.

I know the Mozzarella at 55p was almost half the price of the one we normally buy for 99p. 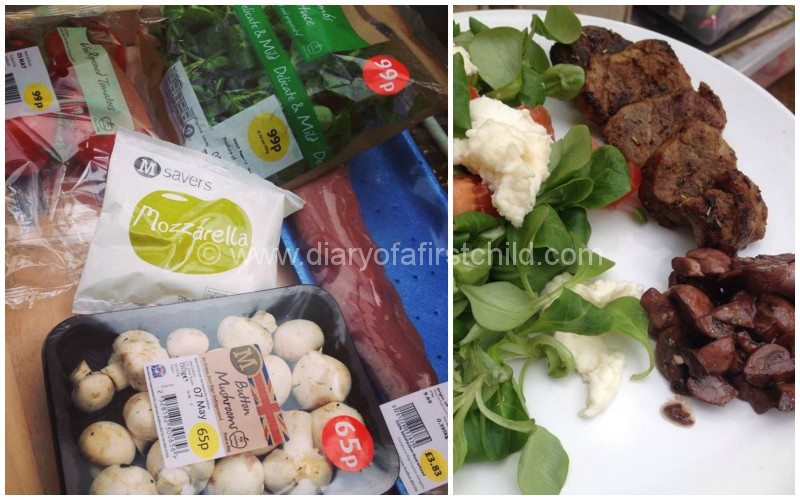 Have you shopped at Morrison’s? What do you think of it? Thank you Britmums and #Morrisonsmums for helping me rediscover Morrison’s!