Kuato Studios are at it again, after their Dinosaur game, but this time they have launched an Africa themed game called Safari Tales. My daughter loves anything to do with big cats, so this game had immediate appeal.

Safari Tales is a large game, and I had to clear some space off my Android device before I was able to install it. That’s pretty standard for my phone though – it’s always warning me that it’s out of space. I decided to download it for Kindle instead, to take the pressure off my phone.

Safari Tales starts with the player adding their name and reading age – I put in 5 for my five year old, so instructions were in text and spoken.

You start the game as a baby elephant, with the first instruction to find the Jungle Beat Band (may differ from game to game), so off you trot  (do elephants trot?) to find the band. I found the rotating controls really hard at first, but maybe I have fat fingers or something, because my kids had no trouble with them. They do take some getting used to though. 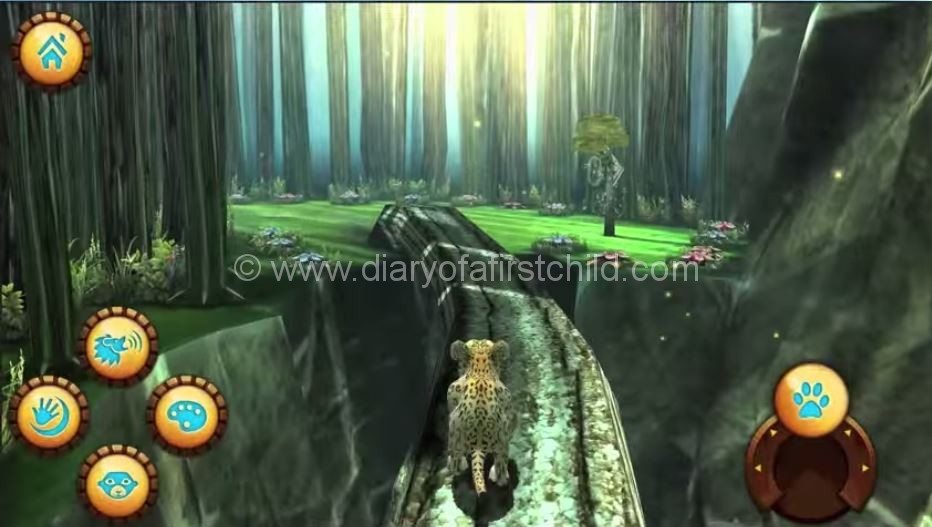 Another instruction is to find the baby crocodile by the waterfall – easy enough, till you plop into the water and find yourself going weeeeeeeeee down a waterslide, snakes and ladders style, and have to set off again looking for the crocodile.

Each area has it’s own games and instructions – like when you find the band, the player ‘makes music’ by clicking on each animal’s button. Players move on to find the other baby animals. On the way they are given tasks, must locate stickers and can ask Darwin the Meerkat questions about life in the jungle. 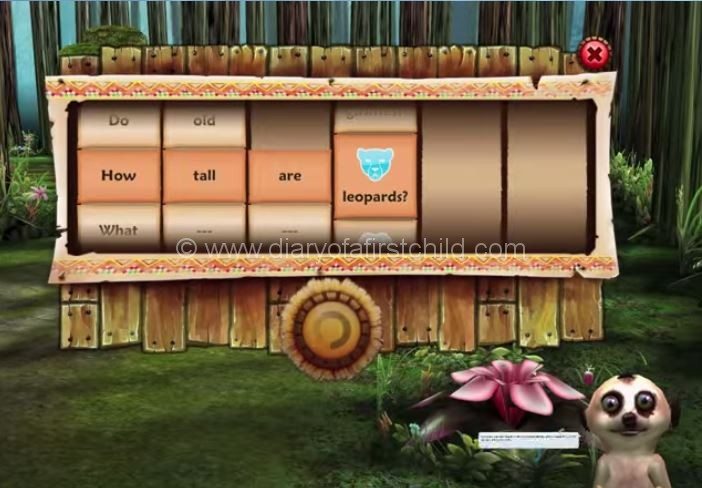 Darwin gives access to a fountain of knowledge about safari animals, fossils, mineral, footprints, and other African topics via a word wheel which helps your child build grammatically and syntactically correct questions.

Something that I like and find quite unique to the other games my children play is that their actions in the game are recorded in a ‘story book’, so when you go to the story book section, you’ll see how your elephant – Esha, is ours – spent their day: running off to find the band, making music with them, setting off to find the crocodile baby, but falling down the water slide before playing about in the pools, and so on. 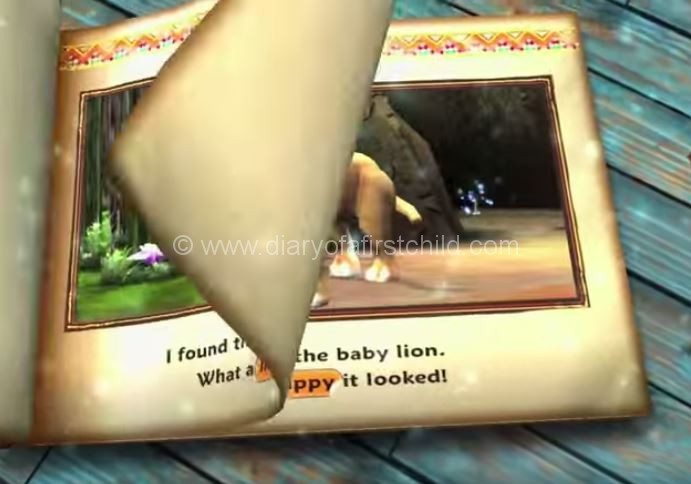 One thing that struck me was that your elephant has to cross bridges and narrow walk ways on his journey, and isn’t actually able to fall down into the deep ravines. This was a relief to me, as I thought that would be a bit brutal! There are invisible barriers that keep your game players safe.

From a parent controls point of view, you are able to set up one game player at a time – you have to delete their profile if you want someone else to play in their place, with a different reading age – and you can set how much time can be spent on the game in one sitting – 10 minutes to 45 minutes. 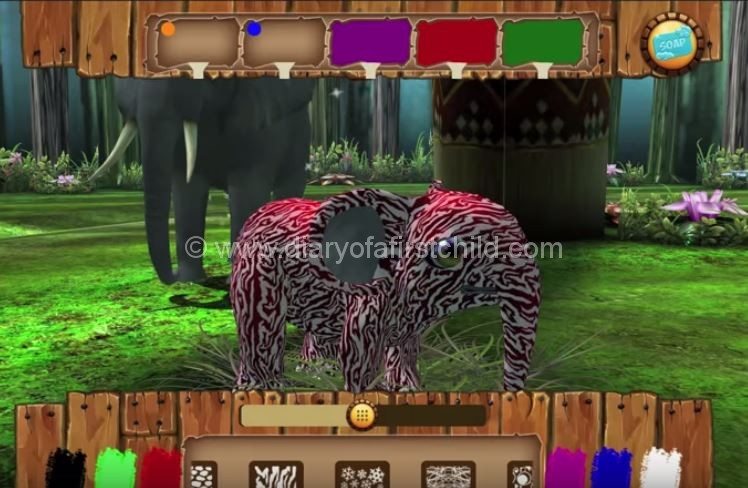 The game is quite ‘rough’ – it doesn’t have the smooth graphics you might think of with other games, but it’s rather gritty and simultaneously sweet. The animal characters are cute and loveable, and the game has loads of different elements to keep young players busy.

Safari Tales is available for Android, Apple and Kindle* at £2.99

Download the free Safari Tales colouring in book to take the fun off screen. 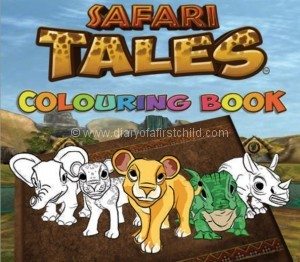