I’m a big lover ofÂ  wooden toys, and as Ameli gets a little older, I’m hoping we’ll be able to build up a great collection of wooden playthings for her.

We were recently offered a few items from the Wooden Toyshop, which included the Food Groups set from Melissa and Doug and a green shopping bag from BigJigs.


While the shopping basket from BigJigs is lovely, it is much smaller than I anticipated.Â  It’s still big enough for playfood, but is a playbag. It has a wooden frame, and the material part is collapsible, so it is easy to pack away, and easy to pop in my handbag if we’re out and she gets tired of carrying it. It really is a lovely little bag, and is well made and I love the idea of introducing the use of reusable bags at an early age.

The Food Groups set from Melissa and Doug is lovely. There are four â€˜crates’ like you’d find at a farmers market and in them are foods in four categories: breads, red and white meats, dairy and eggs, and fruit and vegetables. There are nineteen foods in the set, which I thought was quite good value for money.

It was really great saying all the names to her as we unpacked them, and within a week Ameli was saying them back to me, so I have found it to be really educational too.Â  It’s been really great watching her play with these, and she will pick a few at a time, and walk around with them all day.

For example, there’s an egg which splits in two so you can see the egg yolk (kind of like a hardboiled egg) and for some or other reason, Ameli will walk around with it and randomly and repeatedly say â€œEggâ€. It’s amusing.

Made of wood, I’m happier for her to â€˜pretend eat’ these than the plastic set she had for a while, and they don’t become dented or show toothmarks â€“ although after a lot of dropping and knocking there are a few bits that have lost paint, but that’s normal for painted wood.

The Wooden Toyshop have offered Diary of a First Child readers a chance to win the Food Groups set from Melissa and Doug and a shopping bag from BigJigs. To stand a chance to win, leave a comment below telling me about your favourite childhood toy. 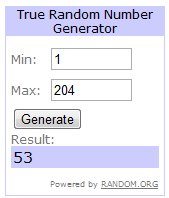 The competition closes on the 11th of July, and the winner will be drawn randomly using Random.org.

You can follow Wooden Toyshop and Diary of a First Child on Facebook. If you do, be sure to let them know I sent you, and leave a comment below to tell me you have. Â (They’re having a fantastic competition to win a dolls house in July. Follow on Facebook to find out more!)

The winner is Lisa Day

You do not have to tweet or share this competition to enter, but doing so helps ensure that I can keep bringing you giveaways! You can subscribe to Diary of a First Child by RSS or email. You can also follow us on Facebook or on Twitter. We hope to see you back again soon!