Roald Dahl has an amazing capacity for  making up words. Just think of ‘frobscottle’, ‘snozzcumber’ and a dozen other words that simply don’t exist in the English language. I found this amazing hand written list of names he wrote while working on The Big Friendly Giant and it thrills me to think of an amazing story teller sitting in his shed, coming up with names.  It’s almost exciting to think about, isn’t it? 1 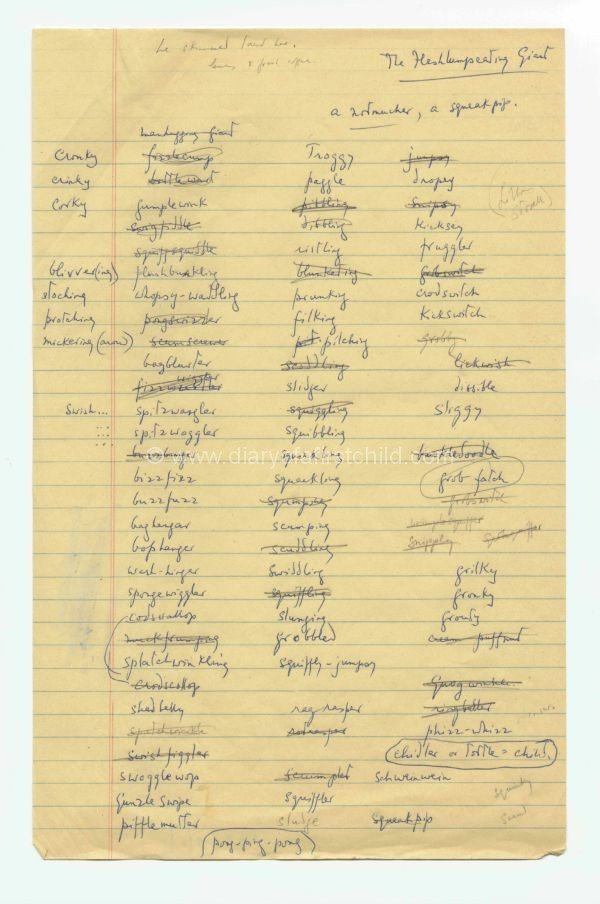 Ameli and I spent some time this week exploring syllables and making up new words to turn into a story.

To prepare: cut words of two or more syllables from a magazine.
Write out what you want from your story – characters, place names etc

You will need: magazine, scissors & glue 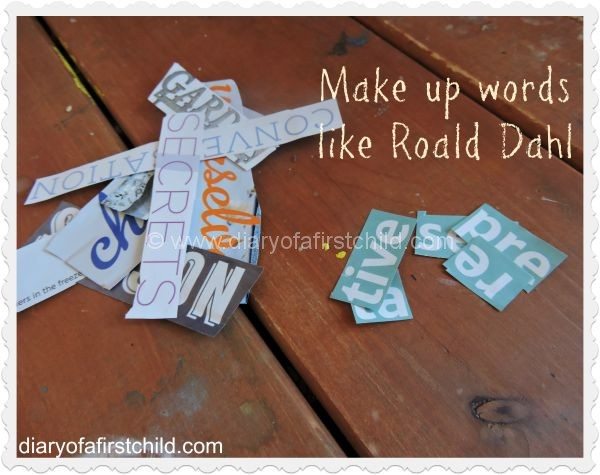 For this activity,  cut words out of a magazine – I opted for longer words that had two or more syllables.

Also, in Ameli’s workbook I wrote out the following, leaving spaces for her to glue the answers:

First we sounded out syllables by clapping and counting the claps: uni(clap)-form(clap), foun(clap)-da(clap)-tion(clap), sim(clap)-ple(clap)-ton(clap) and so on.

We then cut our magazine words up into parts based on the syllables. This gave her an opportunity to become familiar with syllables.

Next, mix and match the word parts till you find words that ‘feel right’.

Our characters were called Verend, Cretsner, and Tiveconsen Light. They live in a town called Garsea. Verend’s favourite food is a berry called chaption, which tastes like fresh water that’s been bathing in sunlight. And has magic powers. 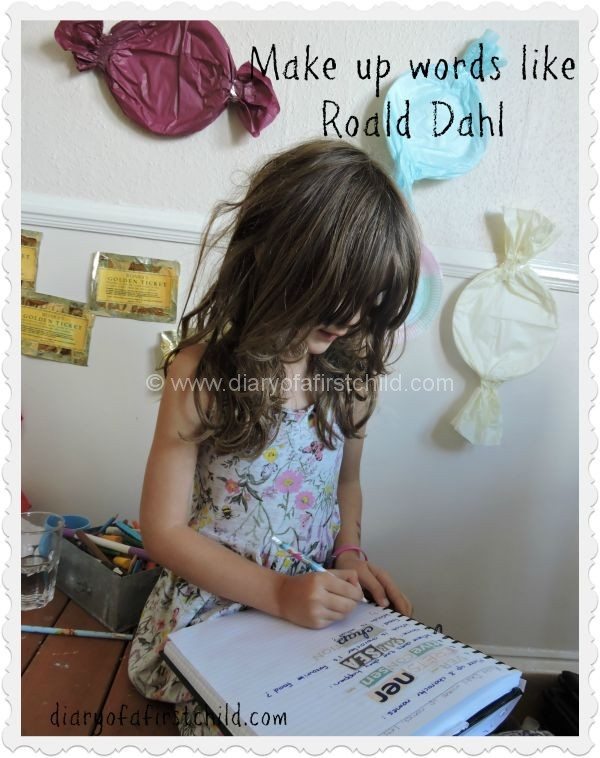 Once we had these details down, I asked Ameli if she could tell me a story with these details in, picked up the camera, and here’s the story. Sure, it needs some refining, but pretty good going for no prep time, and a first attempt, I think. She’ll be an author yet, this one! 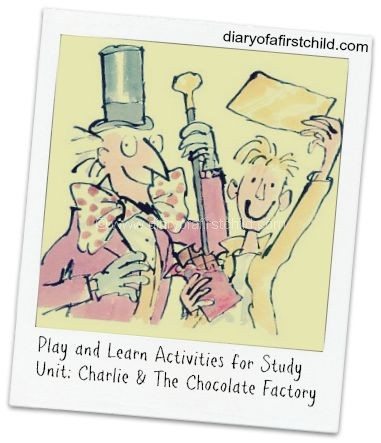