We used all the felt from our #Bostikbloggers kit last week to make Easter themed felts, but we still had loads of goodies left over in our box from CraftMerrily, including all the embellishments – eggs, buttons, flowers – that are as much Spring as they are Easter. 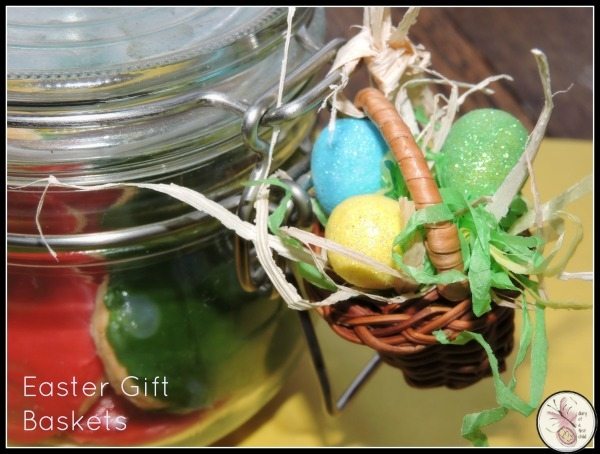 We received a miniature basket, some ‘hay’ as my children call it, but it’s not hay! It’s the stringy stuff though, and a supersonic glue. It’s called Bostik Blu-Tack Fast Tak and seriously, this glue is like Spiderman got it on with superglue. Get that stuff on your hands and you spend the rest of the day clinging to everything around you. It’s effective though.

For these gift jars or gift baskets we made egg shaped biscuits, which the children and I decorated. You could make anything though – Jellybean Fudge is pretty and looks kind of egg shaped too. Or if you don’t have time to make something, fill it with chocolate eggs. 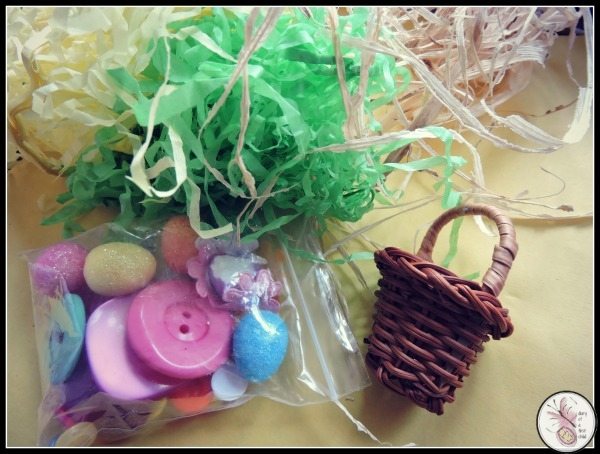 We then stuffed the ‘hay’ into the baskets, leaving enough overlapping so the glue has something to cling to. You could glue the strips in, but I didn’t really find that necessary. It clings quite well on it’s own. These little baskets are only big enough for about 2 – 3 tiny eggs, so don’t over fill it. 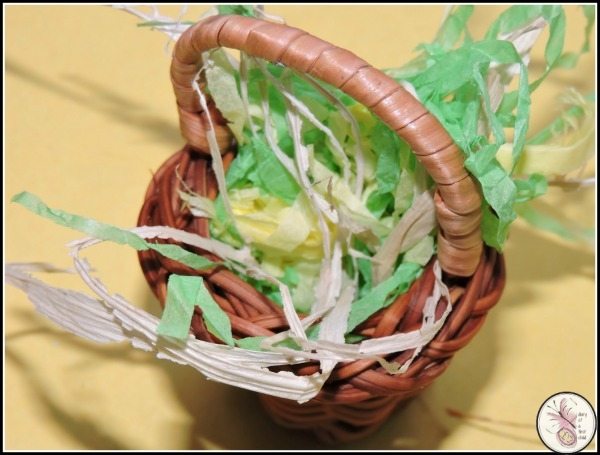 Spray the glue (or use your regular glue) to the eggs, and lay them inside the basket. 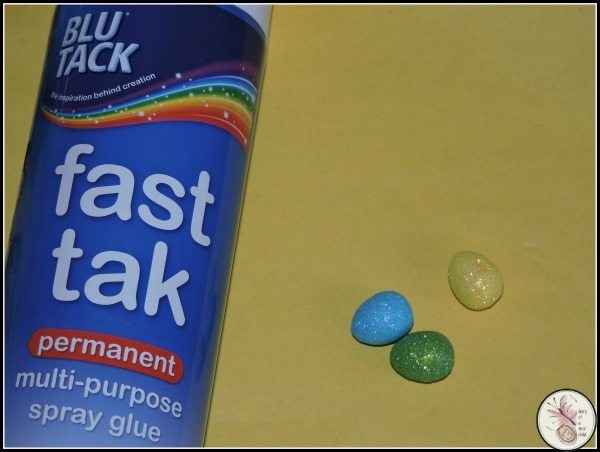 Fill a jar with biscuits, fudge or other Easter treats. 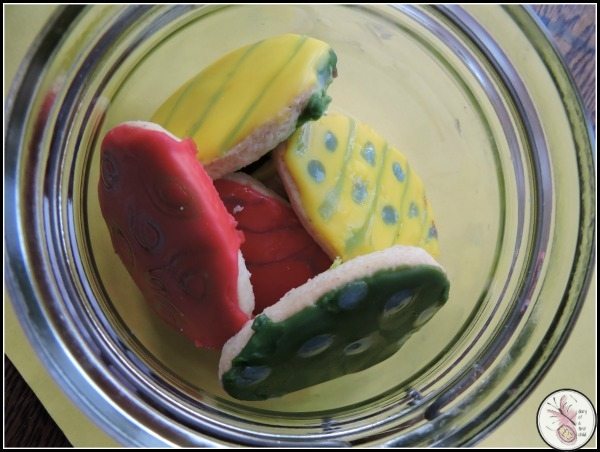 Thread a strand of the ‘hay’ through the basket handle and attach it to the jar. You could wrap it around the lid of the jar so that there’s easy access, or you can seal it by threading it through the clasp.

Give your friends and family their beautiful Easter gifts!

We receive a craft pack as part of the #BostikBlogger project once a month. This contains craft materials and Bostik glues to hold it all together.