“Space travel runs in Mike Goldwing’s family: both his father and grandfather were astronauts and they all live on a NASA base. But the plucky 12-year-old’s estranged grandfather, Frank, has lived a life isolated from his family after missing out on the chance to make history as a member of the Apollo 11 crew.

However, when Mike discovers that an eccentric billionaire plans to fly to the moon, claim its vast, valuable mineral resources, and destroy the American flag planted by the Apollo 11 astronauts, the countdown to a spectacular adventure begins! Mike, teamed with his grandfather, best friends Amy and Marty, and a clever chameleon, blasts off on an incredible moon-bound mission, determined to thwart the billionaire’s evil plan, capture the flag, and reunite his divided family.”

You can see the opening scenes from the film here:

And in honour of the release of the film on digital HD on 23rd May and Blu-ray and DVD from 30th May 2016, here’s a colouring in picture you can download and print too. I do think they missed a trick not releasing this film the week before National Space Week, but never mind – any day can be space exploration day with little ones! 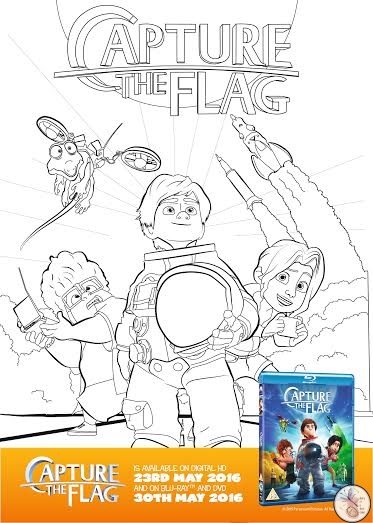 And for those who want to get a little more hands on, there’s even a downloadable build your own rocket activity. 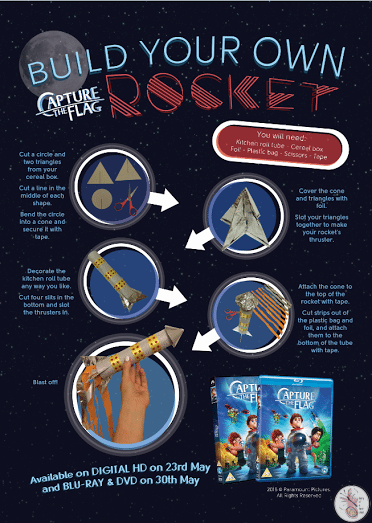 Enjoy these activities while you wait for the DVD and BluRay, or catch it on the big screen during Movies for Juniors showings at Cineworld!