This month’s Bostik Bloggers box arrived full to the brim with Jungle themed stickers, animal print tape, foam sheets, feathers, buttons, and a few other bits and pieces, including a small square canvas. 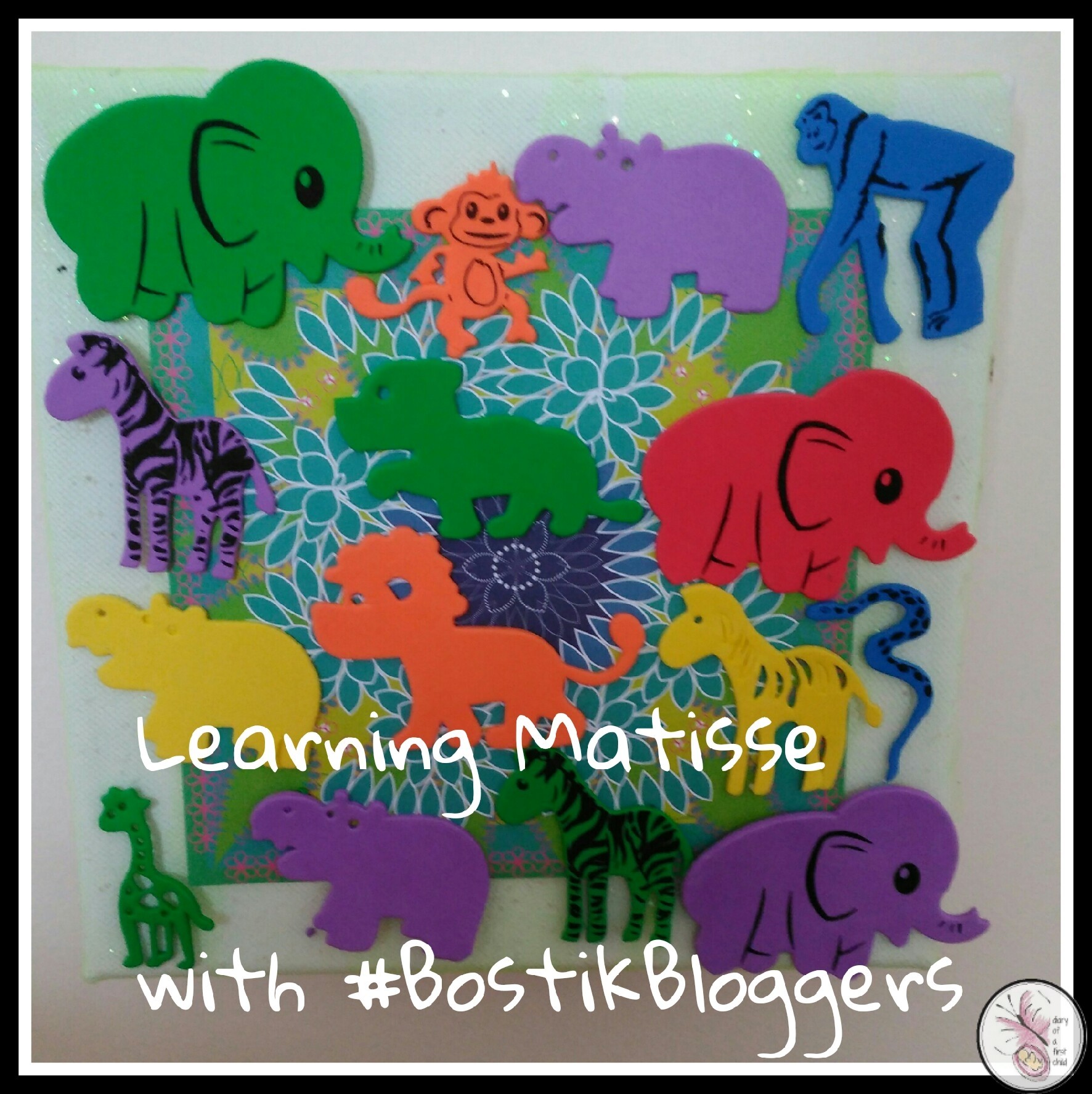 We immediately set to work using the canvas to create an animal themed picture for the girls’ room. While the theme is ‘jungle’, some of the stickers included pigs and a horse, but we left those out as they didn’t fit our theme. When we were in France recently we wanted to go to the Henri Matisse exhibition, but unfortunately we were too far away. We received a book with his paintings a while ago, so we’d been talking about him. Known as a sculpture and a painter, he was diagnosed with cancer and bedridden, so he began doing cut-outs. He called this ‘painting with scissors’ and we learned that he used to arrange his cut-outs on his canvas, sticking them down lightly till he was happy with their arrangement, before gluing them down permanently. 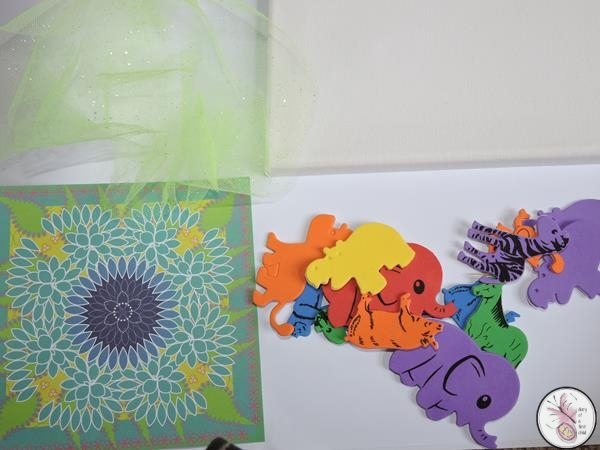 We decided to use the jungle animals in the BostikBloggers box as cut-outs but since we weren’t in bed we didn’t have to stick them down lightly. We just arranged them around the board till we were happy with them.

Here’s how we made our Jungle Art

We used the green glittery netting to set the background for our art work – the Bostik glue does a great job of holding that to the canvas – and then decided that it looked like the African planes after a whole lot of rain, so we glued the coloured paper with all it’s leaf-like patterns to the middle of the canvas. 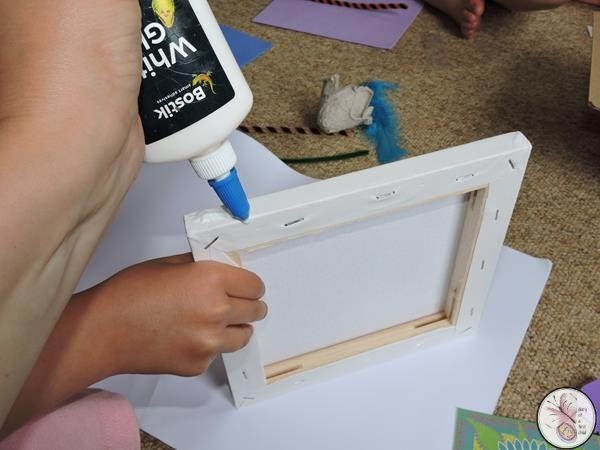 From there Ameli followed the artist Matisse’s example, laying out all the stickers in place, getting them where she wanted them all, before sticking them down in their permanent position.

Having arranged everything by colour, we decided we didn’t like that, so we arranged it by type or creature, but that looked unbalanced, and in the end we settled on the purposeful-haphazard look, you know, like people who spend an hour making their hair look like they just got out of bed? That. 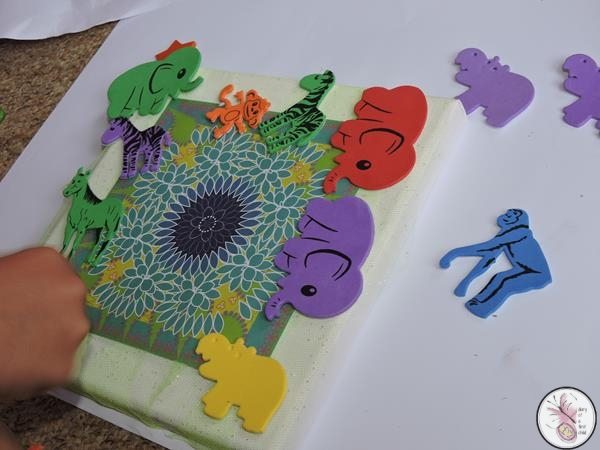 This was a great exercise in categorising – albeit not living things – which is a Year 2 learning goal for her, so that was an added bonus.

While Ameli and I were putting this together, Aviya decided she wanted a 3D snake scene, so she used pipe cleaners and feathers for a snake, trees, and a lake. This was largely her own design and effort with some help from her daddy, and she was quite pleased with herself. 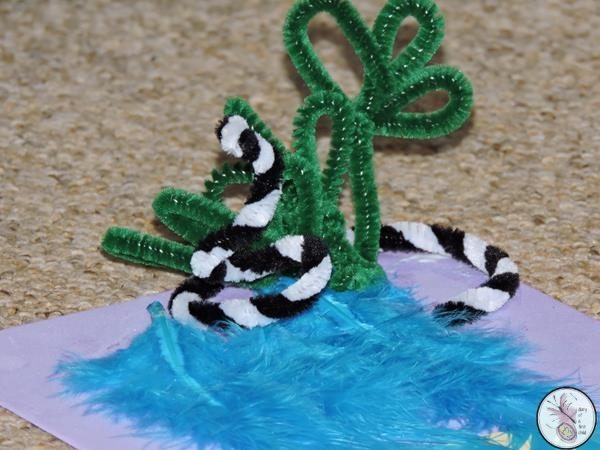 The Bostik glue dots held it all together nicely, and after an hour or so of crafting, we were all ready to head out into the glorious spring sunshine.

This box was provided to us by Bostik and Craft Merrily for our creative pleasures.