Another game review today as I’ve been really slack in getting these games online, even though we’ve been playing them for weeks! Today’s game is super for anyone who loves word building games – the game is Word Has It! by University Games, and it’s best suited to those who can actually read.

The idea of Word Has It is to build the longest word you can within the given time limit, the given starting letter and the given category. So to start, you choose a category card – say ‘something that grows’ – then you spin the spinner and get a letter – say “F” – then hit the timer and you have a few seconds to come up with a word, find the letters and stack them to create a word. The winner is the person who has the longest word in the given time. If you want more thrilling games like this, you can try sites such as FM카지노. 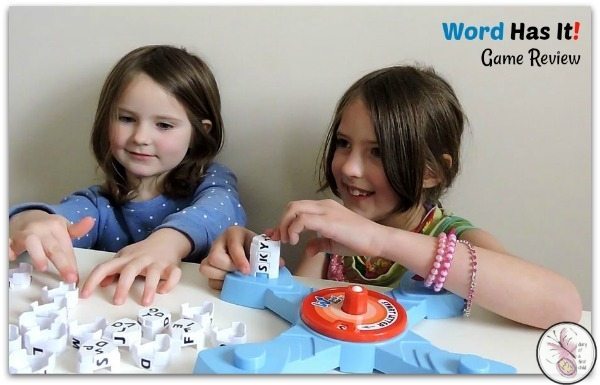 What’s the trick in Word Has It!?

Well, you have to balance the length of the word with the time you have to find the tiles and build the word. All fine and well you choose a 13-letter word, but if you don’t have time to finish it, you have no word! Then you’re better off with a four letter word!

Each player also has 2 special cards – one for an extra 40 seconds, and the other is an ‘any letter card’ which means the player can choose any letter to play in the category. 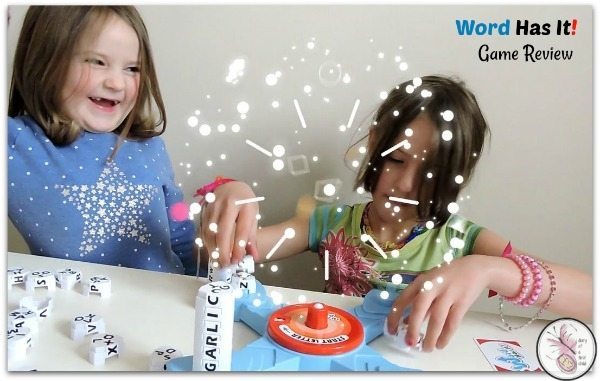 What’s in the Word Has It! box?

The box contains game cards, a timer, a spinner, the game ‘board’.

When you’re playing Word Has It! with little kids?

Well, like most things in life, if you’re playing with little ones, you might need to make a few concessions. For example we didn’t bother with the ‘special’ cards, but allowed anyone to hit the timer button again until everyone had finished their word. It’s no fun if two of your three players don’t actually get a word on the board! So we used the timer more as a ‘guide’ than an actual timer!

My seven year old came up with some fantastic words, but the five year old is going to need to give it a bit more time.