I don’t know if I’m alone in this, but I sometimes look at my children and am surprised by how incredibly small they actually still are. Because at any given moment, they are at the biggest they’ve ever been, and they’ll never be that small again, it’s easy to forget that on a whole, they’re still actually very small. Especially when it comes to Ameli, my 7 year old. Sorry, my 7 and 3/4 year old. An important point whenever she’s asked.  Ameli is an incredibly fearless child. She could run at 9 months, before her brain could register danger, and she’s never stopped. By 2 she’d been to 20 countries, because she made it all so easy. She was fearless. She still is. 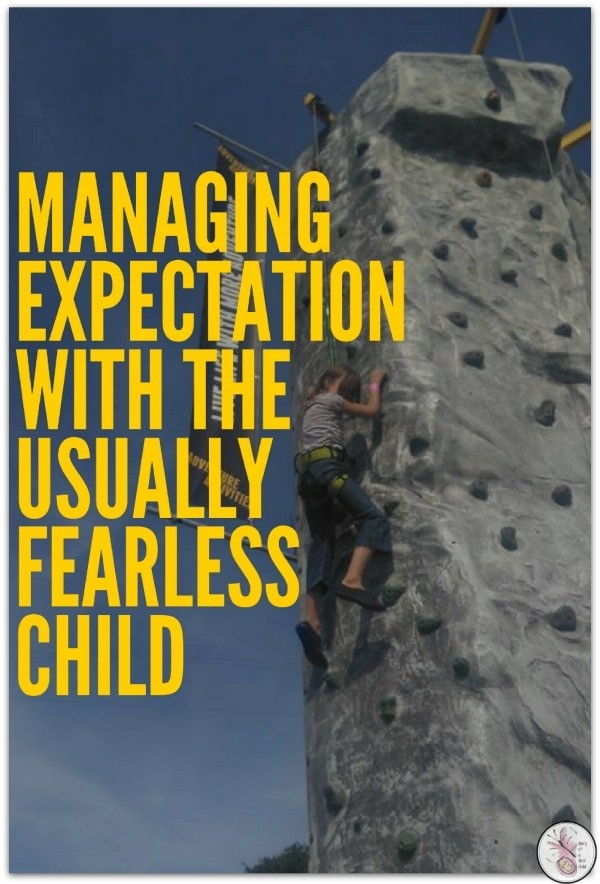 But the problem with having a fearless child, or a child that sets the bar really high, is that you – I – can fall into the trap of expecting them to be that always, which means we – I – push them more than is perhaps fair. She is still so small, after all. I know that I need to see her for who she is, not who I think, or expect, she can be.

My fearless child will also sometimes refuse to do things, or talk to people, suddenly coming across as shy, which I find very frustrating, because it’s not who, and what, I know she can be. I am trying to remember always to see her as who she is, not who I expect her to be.

Last weekend, Ameli got to tick something off her list that she’d been wanting to do for years but has always been too light to do: she got to try rock climbing!

The rock wall had four sides so she started on the left side – you can see it all on the video below.

At the bottom she lay down on the ground with her arm over her face, and in that moment I saw how small she really still is. I told her I was so proud of her for getting so far up. I told her she climbed like a spider and I was so impressed. I told her I couldn’t believe it was her first time on a real wall.

Ameli sat up, looked at me, and said “Thank you, Mommy. I really needed to hear that”.

She hopped up and went to the wall on right the where she promptly climbed all the way to the top.

You can hear for yourself how excited I was. She was. We were. I’m not sure who was more excited. 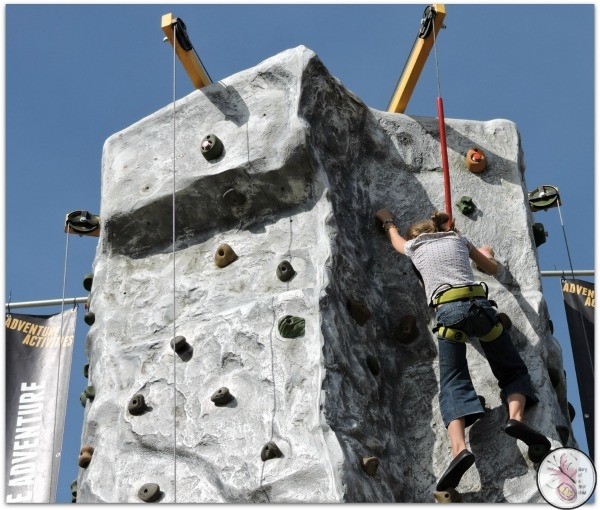 (I saw an older girl give up on the first side, later, and heard her say the foot/hand holds are further apart, making it harder to reach them)

Ameli tried the two other sides next,  one she struggled with, and one she got all the way to the top after a second attempt. That wall had an L shaped surface, and she was thrown by that, but she tried, and tried again, and was successful.

She loved her rock climbing experience, and she triumphed, and my heart glowed. Yes, she’s my fearless warrior child, but she’s still the newborn in my arms too.  I don’t always know how we’re going to navigate the waters of independence that she is careening towards, reaching for, anxious for, but I am comforted in the knowledge that a well placed encouragement still has power to build her up.  I hope that, when it truly matters, I’ll always see her with a heart of compassion, and have the right words. But most of all, I’ll try to always see her without the blinders of my expectations of her.