While living in the developed Western World, sometimes referred to as the global North, has improved significantly in terms of gender equality since the end of the Second World War, there is clearly still some way to go. For example, there is still a clear gender preference for many jobs. There are more men than women working in construction and engineering, for example, while the fields of teaching and nursing favor female applicants.

The debate over whether there are certain professions to which women or men might be inherently better suited is one that has been raging for some time and has been at the front of public consciousness recently, thanks to a controversial memo penned by an employee at Google. It seems, though, that the majority of us are in agreement that a person’s gender should not dictate the opportunities that are afforded to them. The rise in the number of women training for and working in STEM (science, engineering, technology and math) subjects, for example, is encouraging. Afterwards, they may work with staffing companies like Ursus to help them find jobs related to their trainings and skills.

Public relations is one of the fields that have traditionally favored women, who comprise almost two-thirds of the profession. More importantly, women make up the majority of management level PR jobs; 59% in fact. This is significant because, generally, regardless of profession, the highest salaried positions are given over to men. 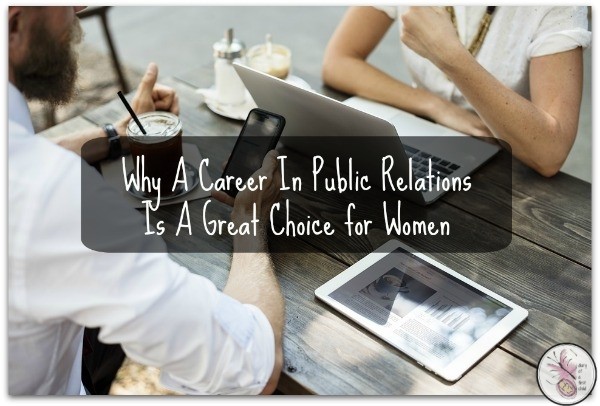 Adriana Sol’s story is typical of many women who work in public relations. She began her career after a false start in the world of advertising. Like many women who came to PR after opting out of a different career path, Adriana cites the creative freedom she has as a public relations manager as one of the main reasons that she has taken to her new role. In the same world as public relations, is the domain of print journalism, another industry with a very even gender split and which encourages creative thinking. Many people feel that women have been unfairly denied opportunities in creative fields such as art and writing throughout much of our history, so it is encouraging to see these talents now being nurtured in a number of different ways. Another option for harnessing creativity is one of these marketing agencies.

Many female-dominated fields pay less than the most similar male-dominated field. In industries where the gender split is even, there are still issues with men receiving higher salaries, on average. Unfortunately, the world of public relations is not entirely free of these discrepancies. It does, however, offer both men and women a decent salary and the potential for career progression now that lateral hiring has become a popular method of employment and recruitment. In addition, if you are an employer who is interested in conducting more thorough candidate background checks, you may visit sites like https://www.sterlingcheck.com/industries/healthcare/ to get more information.

As with Adriana, many women switch to a public relations career from another path, as this makes it an ideal subject to study as an online degree. An online masters in public relations is something that can be pursued while working another job.

A journalist at The Atlantic half-jokingly coined the phrase ‘The Samantha Jones effect’, referring to a character from the TV series Sex and The City. This journalist noticed that when she was interviewing women working in the field of PR they all mentioned the character at some point. It might at first seem patronizing to suggest that women are choosing a profession based on a fictional character but, in fact, having a popular, positive portrayal of a professional woman can make a huge difference to how fans of the show think and feel towards the public relations profession. Far from being patronizing, it is, in fact, a resounding endorsement, and as long as it is drawing more women into studying a public relations masters and finding themselves in a career where they can prosper, then it must surely be a good thing.